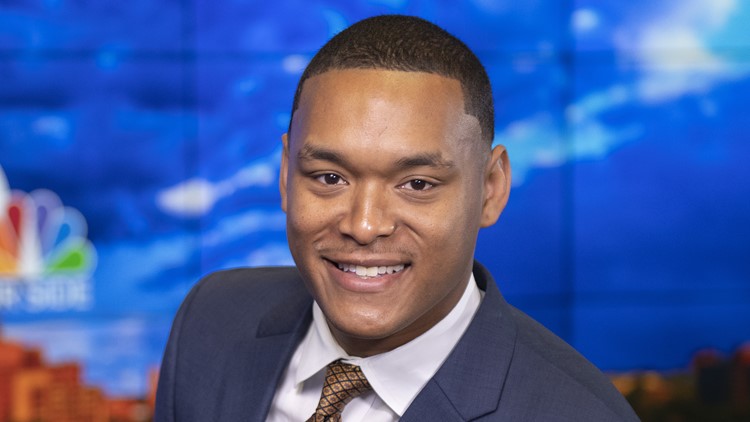 Photo by: Doug Howell/5 On Your Side
Ahmad Hicks

Ahmad Hicks is a reporter at 5 On your Side in St. Louis, Missouri, and specializes in sports reporting.

Born and raised in St. Louis, Ahmad was always involved in sports and knew he wanted his career to keep him close to the action.

Ahmad is a graduate of Kirkwood High School and SIUC, where he earned a degree in journalism with a minor in radio-television and digital media. His first job took him to WBBJ7 Eyewitness News in Jackson, Tennessee, where he was the sports director. He returned home to St. Louis and joined the 5 On Your Side Sports team in October 2018.

In 2017, Ahmad won the West Tennessee Sports Contributor of the Year Award, presented by the Tennessee Secondary School Athletic Association.

In his free time Ahmad enjoys watching the St. Louis Cardinals and spending time with his German Shepherd, Ace.