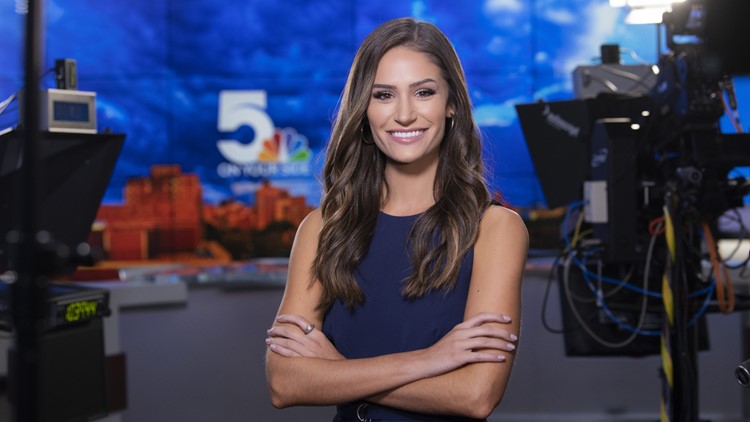 Photo by: Doug Howell/5 On Your Side
Hanna Yates

Hanna Yates is a sports influencer and journalist at 5 On Your Side in St. Louis, Missouri.

Born and raised in St. Louis, Hanna has lived her entire life in Oakville. She says she wanted to become a journalist because she’s always loved telling personal stories. Her love of journalism goes all the way back to high school at Oakville High School when she became the school’s first-ever news anchor for “Channel 97 News.”

Working as a journalist in high school made her realize this was what she wanted to do for the rest of her life. She chose to go to Mizzou for its journalism program and earned a degree in Broadcast – Television Journalism with an emphasis in sports and a minor in business.

After college Hanna worked for KFNS 590 The Fan, where she co-hosted a show with former St. Louis Blues enforcer Cam Janssen during the Blues’ historic Stanley Cup win. She says that has been the most memorable moment in her career so far.

In October 2019, Hanna joined the sports department at 5 On Your Side, the station she grew up watching.

“It’s been a dream come true for me to have the opportunity to cover my hometown teams alongside these journalists,” said Hanna. “I played soccer competitively growing up for Lou Fusz Soccer Club here in St. Louis and I’m very much looking forward to having an MLS team here.”