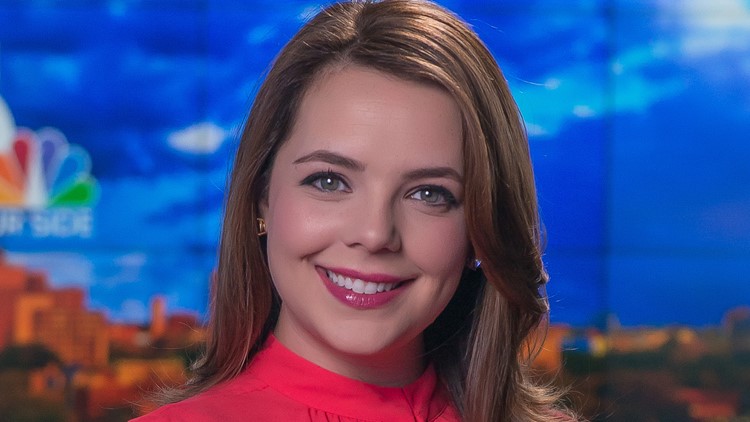 Photo by: Doug Howell/5 On Your Side
Jenna Barnes

Jenna is a graduate of Boston University and the Medill School of Journalism at Northwestern University.
Author: KSDK Staff
Published: 10:54 AM CST March 6, 2018
Updated: 9:44 AM CDT September 13, 2019

Jenna Barnes is a reporter at 5 On Your Side in St. Louis, Missouri specializing in general assignment reporting.

Jenna joined 5 On Your Side in October 2017 as a multi-skilled journalist. She calls herself a “one-woman band,” and loves being behind the camera just as much as reporting in front of it.

Jenna grew up in Virginia Beach, Virginia and was bitten by the news bug in third grade.

“My family and I took a trip down to Atlanta and went on a tour of CNN,” said Jenna. “I anchored a mock newscast in the gift shop, and I knew at that moment it was what I wanted to do. My family has the video stashed away somewhere in our house. I think they’re just waiting for the right moment to embarrass me.”

Hooked on news, Jenna occasionally missed the school bus because she couldn’t peel herself away from the Today show. She went on to pursue her dreams at Boston University and the Medill School of Journalism at Northwestern University.

Before joining 5 On Your Side, Jenna spent five years with Spectrum News in Charlotte, North Carolina. As a reporter and fill-in anchor for the network, she covered some of the country’s biggest stories, including the shootings at Emanual AME Church and Pulse nightclub. She also followed the Carolina Panthers’ historic season to Super Bowl 50 in San Francisco.

Jenna says she came to 5 On Your Side she was drawn to the station’s mission of telling stories that matter to the community.

“I wanted to be a small part of the 5 On Your Side legacy and hopefully contribute to the impact this station has on St. Louis,” said Jenna.