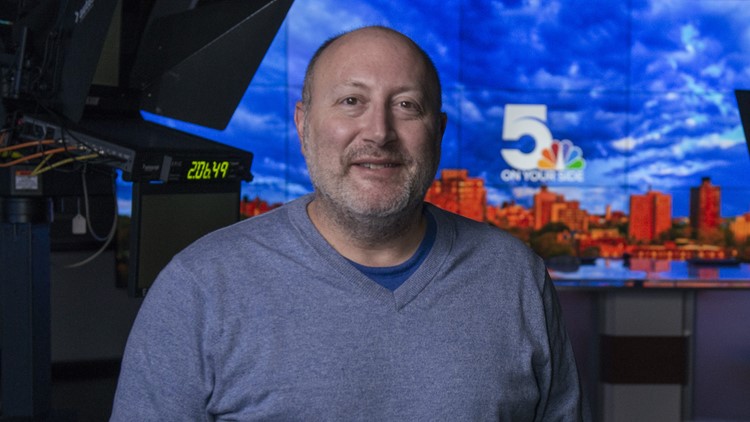 Jordan Palmer is the digital director at 5 On Your Side in St. Louis. He is responsible for all the station’s digital and social platforms.

Jordan is a St. Louis native. He married his wife in 1998 and is the father of two children. He’s an avid beer, wine, and whiskey blogger and enjoys biking, snowboarding, and running. He collects baseball cards, old toys, and tacky salt ‘n pepper shakers. He’s the grandson of a former Cleveland bootlegger and was a member of the 1984 Promotional Olympic windsurf team.

His career with 5 On Your Side began in 1991, but he soon moved to sister station WBIR in Knoxville, Tennessee where he quickly developed a reputation of being the go-to person for starting new projects. He moved back to St. Louis in 1995 and has worn many hats at the station ever since.

Jordan was the original creative force behind the Emmy Award-winning daytime program Show Me St. Louis and weekend sports shows The Cardinal Nation Show and The St. Louis Rams Tailgate Show. He has won three regional Emmy Awards, including one for coverage of the death of Stan Musial.

Jordan is a graduate of the University of Arizona’s School of Journalism, where he earned a BFA in broadcast journalism. He has a great sense of humor, and even claimed on his wedding announcement he had a degree in botany just to see who was really paying attention.