The woman was hoping to give the photo to the couple, but later found out it was staged. 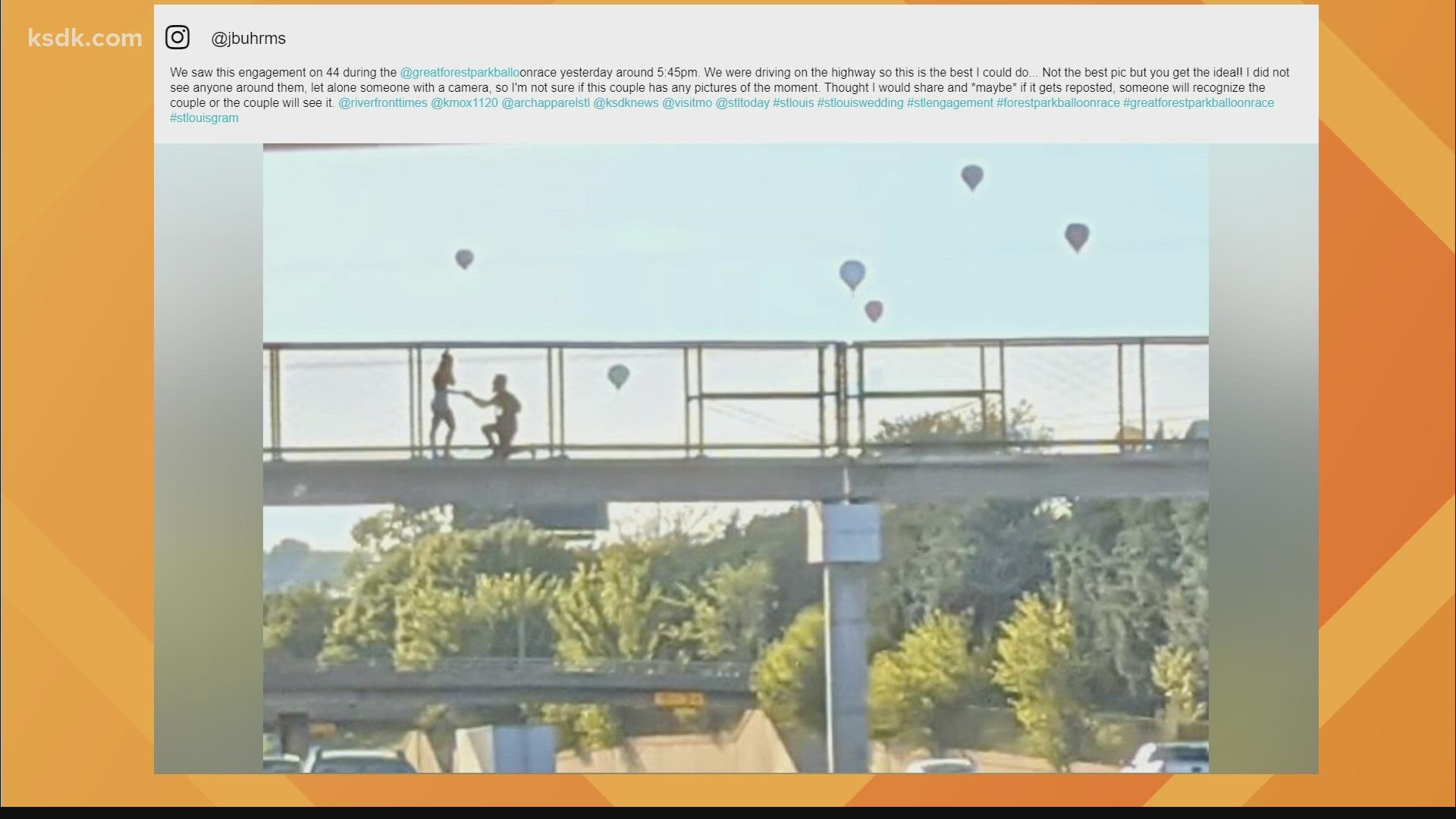 ST. LOUIS — A "special" moment frozen in time turned out to be a prank after one woman pulled out her cellphone and snapped a photo Saturday afternoon.

Jessica Buhrman was heading downtown with her boyfriend, Adam, when she spotted a man drop to one knee.

It happened Saturday around 5:45 p.m. on a pedestrian bridge over I-44, but it turned out it wasn't the marriage proposal Jessica thought it was.

"We were driving down the highway at 60 mph, so I pulled out my phone as fast as I could, but this was the best image I could get. As you can see from the original photo, I did a bit of editing to make it pretty," Jessica told 5 On Your Side.

"I slapped Adam's shoulder, 'Adam! There's an engagement happening!' We both got chills seeing such a beautifully timed engagement with the Great Forest Park Balloon Race in the background."

Jessica snapped the picture while her boyfriend was driving.

"We had never even noticed that walkway before. It was a really creative spot for a GFPBR engagement! You could see all of the balloons above Forest Park."

She decided to post the picture on Instagram hoping enough people shared it she could find the mystery couple.

"We did not see anyone else around, let alone a photographer. I am hoping to find the happy couple so they have this picture of their special moment. We will certainly never forget it!"

Any of my St. Louis friends know of a couple that got engaged on Sunday?! Someone was trying to catch a picture of the...

Jessica later received a message from a man saying it was him in the photo with his girlfriend, but the story isn't what Jessica thought it would be.

The man said they saw the scene and pulled a prank proposal to get a reaction from drivers on the highway. Jessica says the man told her that it wasn't real and he didn't know it would blow up as it did.

RELATED: Things to do this fall in the St. Louis area