During the ‘waffle brunch’ on the weekends, there will be liquor infused toppings such as spiked cherries and blueberries as well as bourbon infused syrups 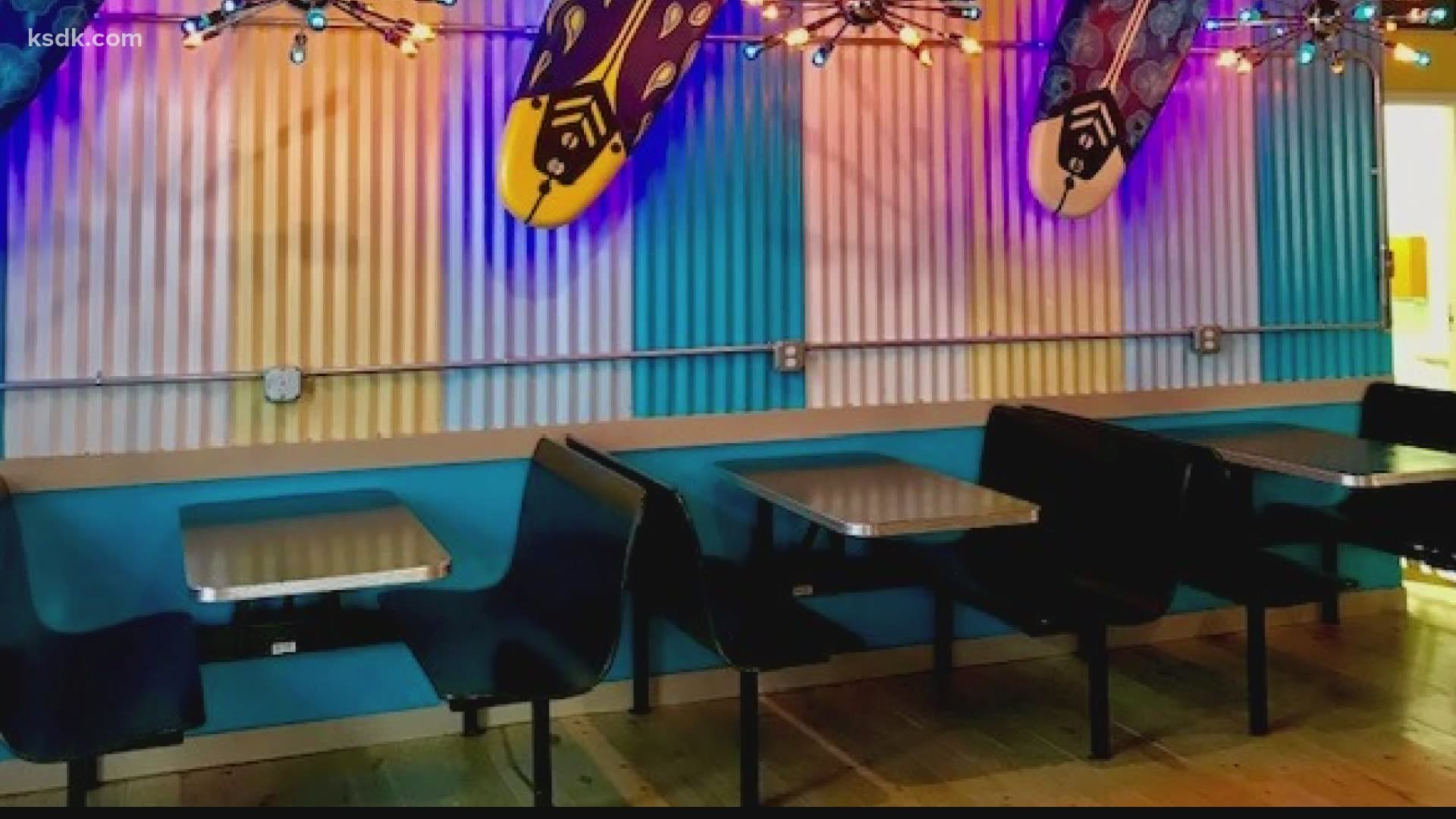 MAPLEWOOD, Mo. — If you’ve been Boardwalk Waffles & Ice Cream in Maplewood on the weekend, you’ve likely seen a line out the door.

The spot is known for its waffles and ice cream. And after three years in its 350 square-foot space, it has moved down the street to a new 2,200 square-foot shop.

Owner Eric Moore grew up near the Jersey Shore and brought a slice of his home to the St. Louis area in 2017.

“It’s a much different ballgame, it’s much bigger... there’s seating which we didn’t have before… there’s live music,” Moore said.

Not only will the location be bigger, but there’s live music on the weekends, an expanded menu of ice cream flavors and new equipment.

After the staff at the shop gets through opening weekend with all the new flavors and equipment, Moore said the store will roll out liquor-infused products and brunch on the weekends. Moore said he plans to add liquor-infused milkshakes once he receives his liquor license from the state.

During the ‘waffle brunch’ on the weekends, there will be liquor infused toppings such as spiked cherries and blueberries as well as bourbon infused syrups.

“What I was trying to create here was a very retro vibe, I wanted to do some things different that other place aren’t doing, but I didn’t want to take away from my core product,” Moore said.

“If it were to go nationwide, I still want it to have a local vibe or local feel,” he said.

The new spot also has a few arcade games. Moore said he added a few pinball machines and an old school arcade machine that has Pac-Mac and Frogger on it.

There’s seating for about 36 people inside and Moore said he added Plexiglas in between the booths and tables due to the coronavirus pandemic.

He said he did about 90% of the construction himself on the new location.

“The design, the layout — everything about this has been all from my head and it’s kind of cool to see it come to fruition this week as it all kind of comes together,” Moore said.

Moore plans to open two more locations in the St. Louis area. He said once the new Maplewood location is up and running, he’ll begin focusing on a south county shop off Telegraph Road.

You can find Boardwalk Waffles & Ice Cream at 7376 Manchester Rd. in Maplewood.

Have a food-related story idea? Click here to send us an email