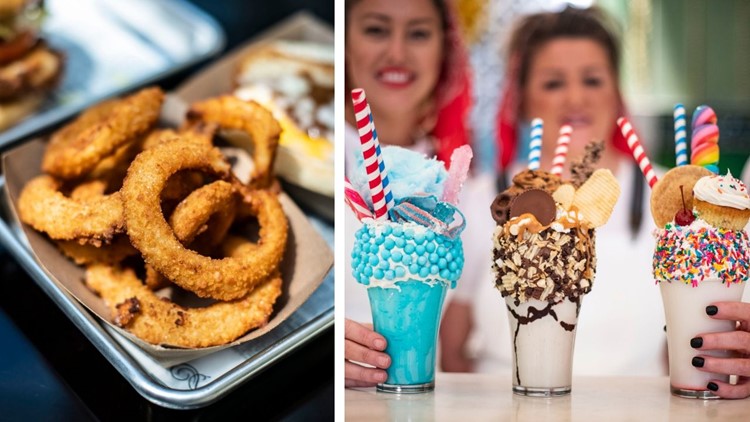 The retro restaurant is set to open this fall in Union Station as part of the major redevelopment underway that also includes the St. Louis Aquarium. The Soda Fountain will occupy the spot where the Hard Rock Café once stood.

The newly released menu for the Soda Fountain shows page after page of sweet treats and diner classics.

Then, there’s the sundaes, which can serve up to 4 people. There are five varieties, including a tribute to Elvis called ‘The King.’ It comes complete with peanut butter or banana ice cream, peanut butter sauce, sliced bananas, bacon, peanuts whipped cream and cherries.

Next up are the floats and shakes, but then brace yourself for the real heavy hitters—the ‘Freak Shakes.’

The Soda Fountain defines the ‘freak shake’ as a noun: ‘A very unusual and unexpected improvement to your everyday milkshake,’ and a verb: ‘The dance you’ll do when this thing arrives at your table.’

The cotton candy shake is bound to be a favorite, both because of its color and fishy addition. It comes in a bright, fun shade of blue topped with whipped cream, rolled in blue pearls of chocolate and topped with cotton candy, a lollipop, rock candy and a gummy shark.

PHOTOS: The food and drinks coming to the Soda Fountain at Union Station 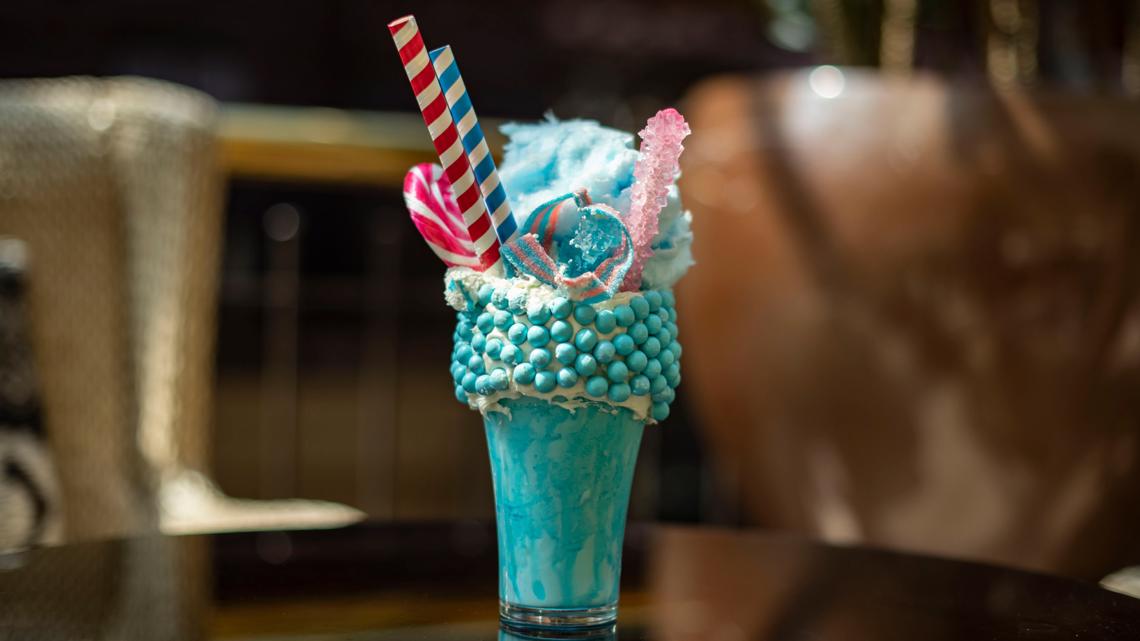 Other over-the-top shakes come crowned with cereal treats, Pop-Tarts, a slice of cake, cookies, a slice of key lime pie and potato chips.

For the 21 and up crowd, you have even more difficult decisions to make thanks to Clementine’s. The local ‘naughty and nice’ creamery is partnering with the Soda Fountain to serve up three varieties of boozy shakes.

But the ‘St. Louis Standard’ is poised to be a top-seller with Clementine’s gooey butter cake ice cream, Civil Life Brown beer and rum.

The Soda Fountain isn’t all treats, though. They’ll be firing up the grill to serve diner classics like cheeseburgers, hot dogs, BLTs, egg salad sandwiches, onion rings and chili.

You can check out the full menu here.

Latest on the St. Louis Aquarium and Union Station attractions: