St. Louis business owner hopes to bring people together with 300 pounds of pork

The owner of popular St. Louis doughnut shops is partnering with other local businesses for a 'pay what you want' popup event on Wednesday 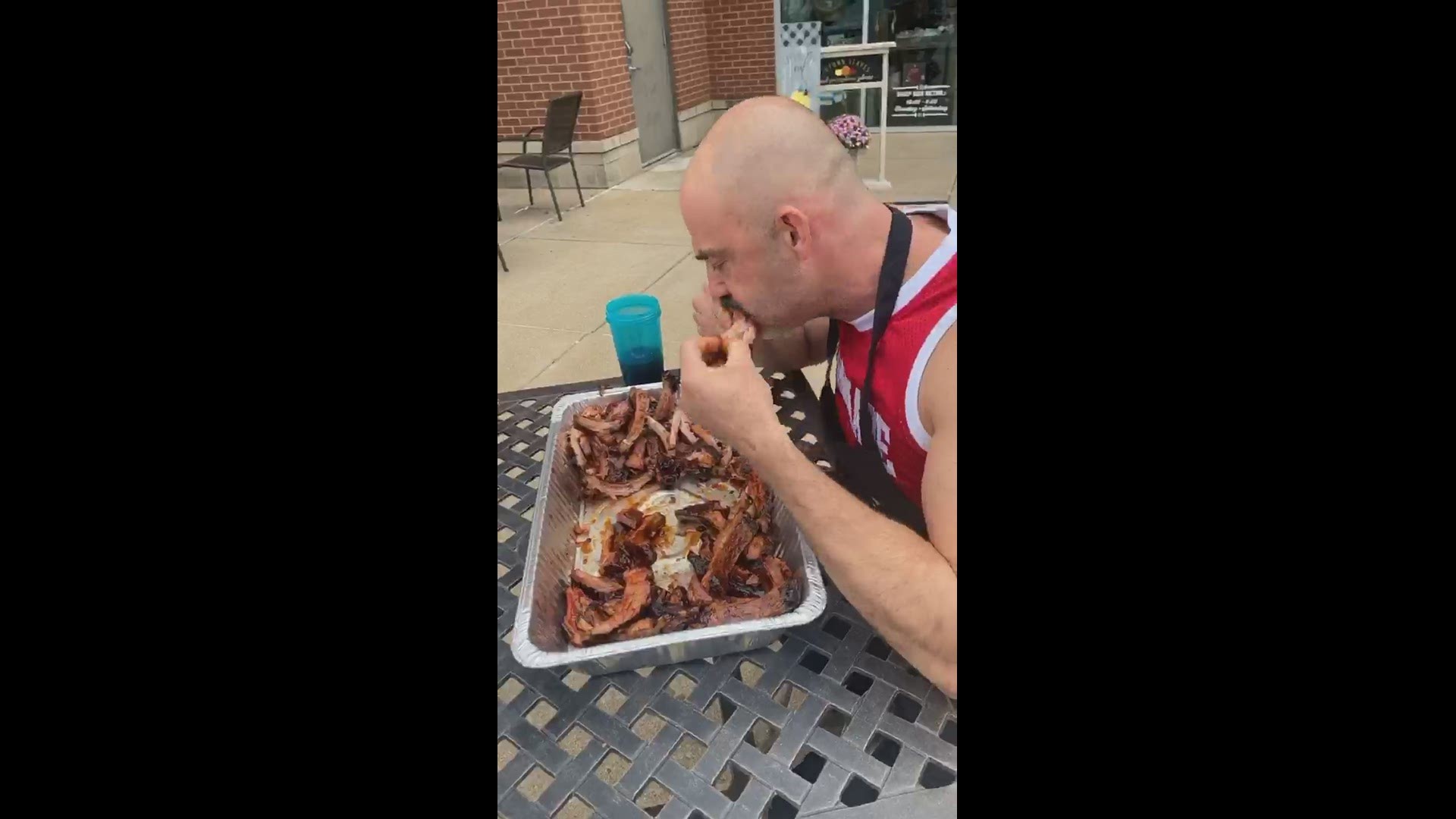 So much so that he took down almost nine racks of ribs in five minutes.

But not for nothing. It was for glory. And, ultimately, for charity.

Over the summer, Bockman competed in the Denver-based Rib Rumble eating competition. He won a crown and 300 pounds of pork.

But as much as Bockman loves meat, he is not keeping the pork prize for himself.

He's combining it with his love — and business — of making dough.

Bockman owns Strange Donuts and World's Fair Donuts. He is baking up some bread and with the help of his friends at Grace Meat + Three, Bockman is going to make hundreds of pulled pork sandwiches. He also called on his friends at Una Vida Tequila and 4 Hands Brewing to provide some free drinks.

"I just wanted to provide a reason to get together, break bread and maybe laugh a little," Bockman said.

Starting Wednesday at 4 p.m., Bockman and his crew will be in the parking lot of World's Fair Donuts, located at 1904 Vandeventer, to sell the sandwiches or give them out for free.

"Pay what you want or take it for free if you need it," Bockman said.

Vote tomorrow. Come together to break bread in the worlds fair parking lot Wednesday at 4pm. By bread I mean tequila beers and sandos. Pay what you want. #wealleat @gracemeatthree @unavidatequila @4HandsBrewingCo

Money from any sales will go toward Bockman's charity, Strange Cares, which provides scholarships to children in the Big Brothers Big Sisters and Girls on the Run programs.

Bockman said he raised about $750 during a similar event last year.

Those serving the food and drink will be wearing masks and social distancing protocol will be in place. Bockman said people may take the food to go or eat in the parking lot.

Bockman said he is hoping this popup also will give people a break from what he called a divisive election.

Because as much as Bockman loves meat, he said his passion is helping others and bringing people together — at a safe distance.

"I think we could use that now."