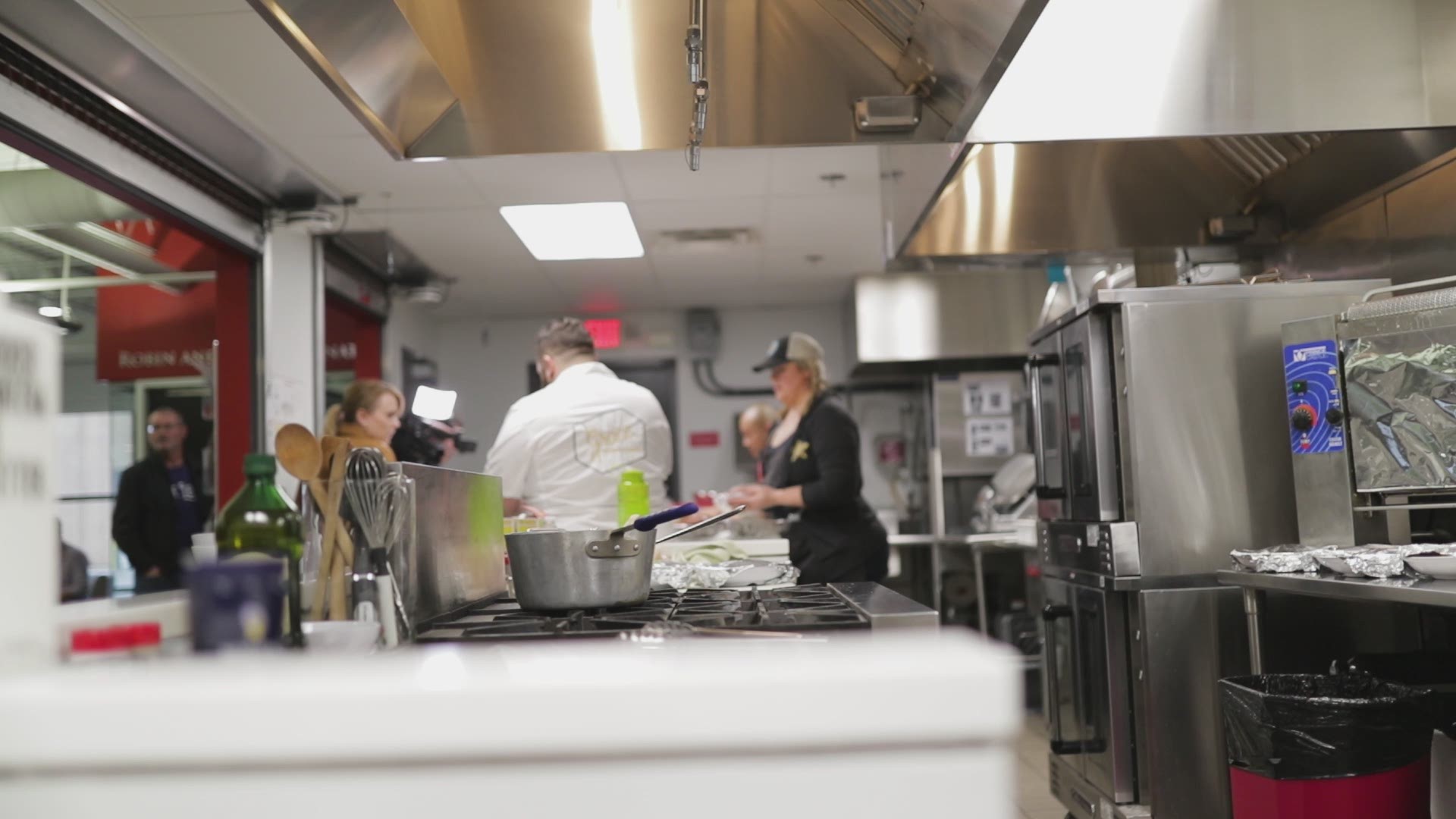 In February, four St. Louis chefs competed in the “Eat Like a King, Judged by a Cub” culinary competition, where area kids voted on their favorite dish to make the menu at Lion’s Choice.

Collier won over the kids with the Turkey Dipper, which includes roasted turkey and Provel cheese on an oven-baked flatbread with marinara sauce for dipping.

The new item is available now through the end of November and includes apple slices and a choice of drink for $4.39 with a portion of the proceeds benefitting Operation Food Search.

“I definitely had my daughter’s tastes in mind when thinking of a potential item for the kids’ menu at Lion’s Choice. I kept things simple and focused on Lion’s Choice’s delicious ingredients to appeal to the kids,” said Collier. “It was such a fun time to compete against such accomplished chefs here in St. Louis for a great cause, and I look forward to kids’ enjoying the final product of the Turkey Dipper to benefit such an important cause as Operation Food Search.”

For the culinary competition, four St. Louis chefs used Lion’s Choice ingredients to create a special dish to be judged by a panel of nine kid judges at Operation Food Search’s headquarters.

“We have a longstanding relationship with Operation Food Search, and now more than ever, it’s important to support their work to end hunger in the St. Louis metropolitan area,” said Lion's Choice President and CEO Michael Kupstas. “It was so fun to see the culinary community come together to have a little fun with us and take on some brutally honest kid critics for a great cause."

Those who would like further support Operation Food Search can make a donation at the drive-thru window at Lion’s Choice.

We are so excited to share this video from our event that brought 4 amazing #STLchefs together to be judged. . . by kids!! Thank you, @lionschoice, for donating to us every time the winning meal is purchased! Available starting tomorrow at Lion's Choice!! https://t.co/0j7jp5R2Lg