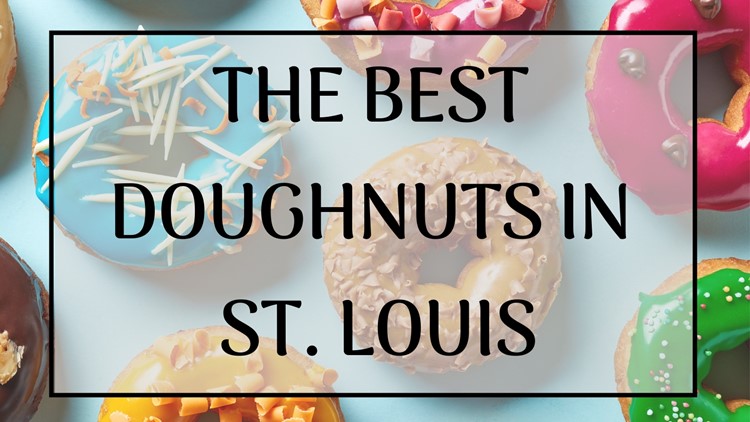 ‘No other place is even close’: Best doughnut shops in St. Louis

ST. LOUIS – If you’re in the mood to indulge in one (or 12) delicious doughnuts, you came to the right place.

St. Louis is filled with amazing barbecue, gooey butter cake and other delicious treats but we wanted to know where you could find the best doughnuts.

So, we took our question to the people, and they were full of great recommendations!

Old Town Doughnuts in Florissant takes home the crown for the number one place to get doughnuts is St. Louis, according to our Facebook followers.

“Old Town Doughnuts in Florissant! No other place is even close,” said Chris Ferrell.

“I never liked doughnuts, but had one of these and can't believe how good they are,” said Renee Radtke LaZear. “Everyone should try them. THE BEST EVER!”

Old Town is a family owned business and has been serving up delicious dones for more than 30 years.

The spot offers a variety of flavors and doughnuts of all shapes and sizes. Apple fritters, strudels and turnovers are also a part of the menu.

Click here for more information on the menu, hours and locations.

Donut Drive-In takes second place in our list of best doughnuts in the Lou!

Donut-Drive in is on Chippewa Street and is described as an “unpretentious bake shop serving up donuts, eclairs and other old-fashioned baked treats” on Google.

The love for Donut Drive-In runs deep in St. Louis.

RELATED: Where to find the best barbecue in St. Louis

The third spot to make our list is the Donut Stop in Lemay!

The Donut Stop is a family business and was founded in 1953. The shop has locations in Lemay and St. Charles.

Click here for information on hours and a closer look at the menu.

Another family owned business, Tony’s has been around since 1995.

On its website, Tony’s refers to itself as a café instead of just a doughnut shop because the place offers other pastries, smoothies and sandwiches in addition to doughnuts.

The menu is massive, offering several different kinds of doughnuts along with muffins, cakes, bagels and other goodies! The place also offers catering for events.

Tony’s has locations in Maryland Heights and Hazelwood.

Click here for hours and a look at the menu.

RELATED: Your guide to the best gooey butter cake in St. Louis

And last, but certainly not least, World’s Fair Donuts on Vandeventer Avenue.

World’s Fair Doughnuts is described as a small mom and pop spot that is “a popular place for donuts, fritters and coffee.”

But if you’re thinking about going there for your doughnut fix, make sure you have some cash with you because that’s all they accept.

RELATED: Where to find the best crab rangoon in town

Other spots to check out