The menu will be very similar to the Midtown spot, but the previous restaurant in the new location could influence some experimental items on the menu 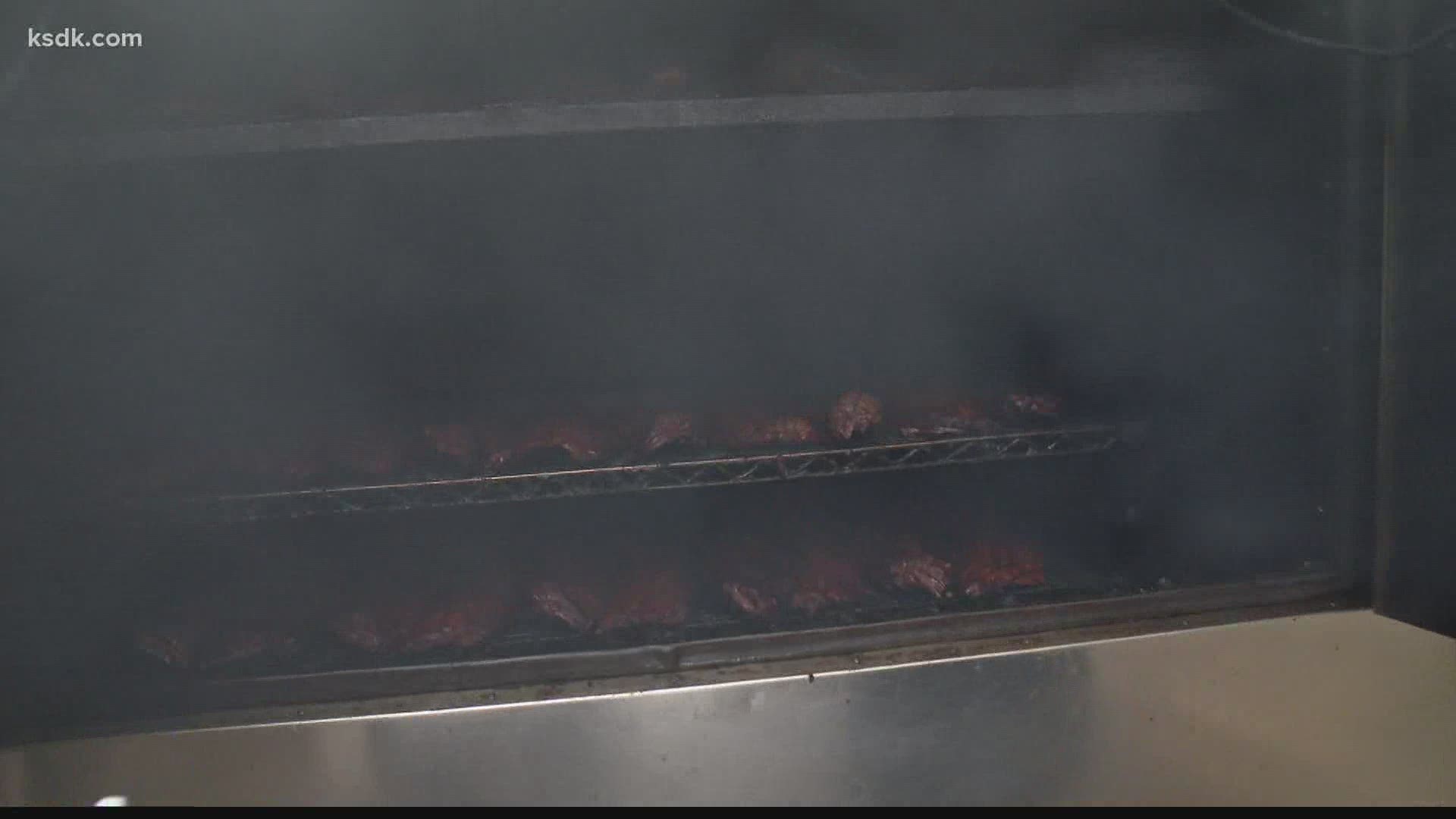 ST. LOUIS — Pappy’s Smokehouse is going where the people are and opening a second location in St. Charles County.

“I gotta bring the food where the people are,” co-founder John Matthews told 5 On Your Side while standing in the soon-to-open location in St. Peters.

The Pappy’s team just executed the lease Thursday at an old Blaze Pizza spot at 5246 N. Service Road, which is on the other side of Interstate 70 from Mid Rivers Mall. Matthews was bringing in some tools and getting ready to start turning the space into a barbecue mecca.

One thing from the previous restaurant stayed behind, though.

“We do have a really cool pizza oven we hope to play with and come up with some creative little things down the road,” Matthews said with an excitement that could be heard over the phone.

He also said some other creative collaborations could be coming down the line. But like a good rack of “low and slow” Memphis-style ribs, all of the developments will take a little time and patience.

For the most part, Matthews said the menu at the St. Peters location will be very similar to the Midtown location. One exception: no fried food. The new restaurant doesn’t have a hood system, so no sweet potato fries or fried corn on the cob. Some other starchy additions may be coming, though, like cornbread.

“It’s in the works, but we’ll figure it out,” Matthews assured future customers.

He said the Pappy’s team decided to head west for the next location. They already have three barbecue joints in the city (Pappy’s, Bogart’s Smokehouse and Adam’s Smokehouse) and one spot in St. Louis County (Dalie’s). Matthews said there are more people traveling around in St. Charles County during the coronavirus pandemic than there are in the city.

“Traffic in the city, everybody’s working from home, nobody’s at the Cardinals games,” he said.

RELATED: St. Louis-style BBQ: Why we're as good as we think we are

The pandemic motivated the team to expand out.

He said the St. Peters location is a solid bet.

“I just think we can get a solid store that will help compliment the other stores and help them out because I can’t just sit here and wait,” he said.

The Pappy’s team hopes to open the St. Peters location at the beginning of October and possibly the end of September.