Jimmy Kimmel grilled her on our square beyond compare, and her response would make any St. Louisan proud 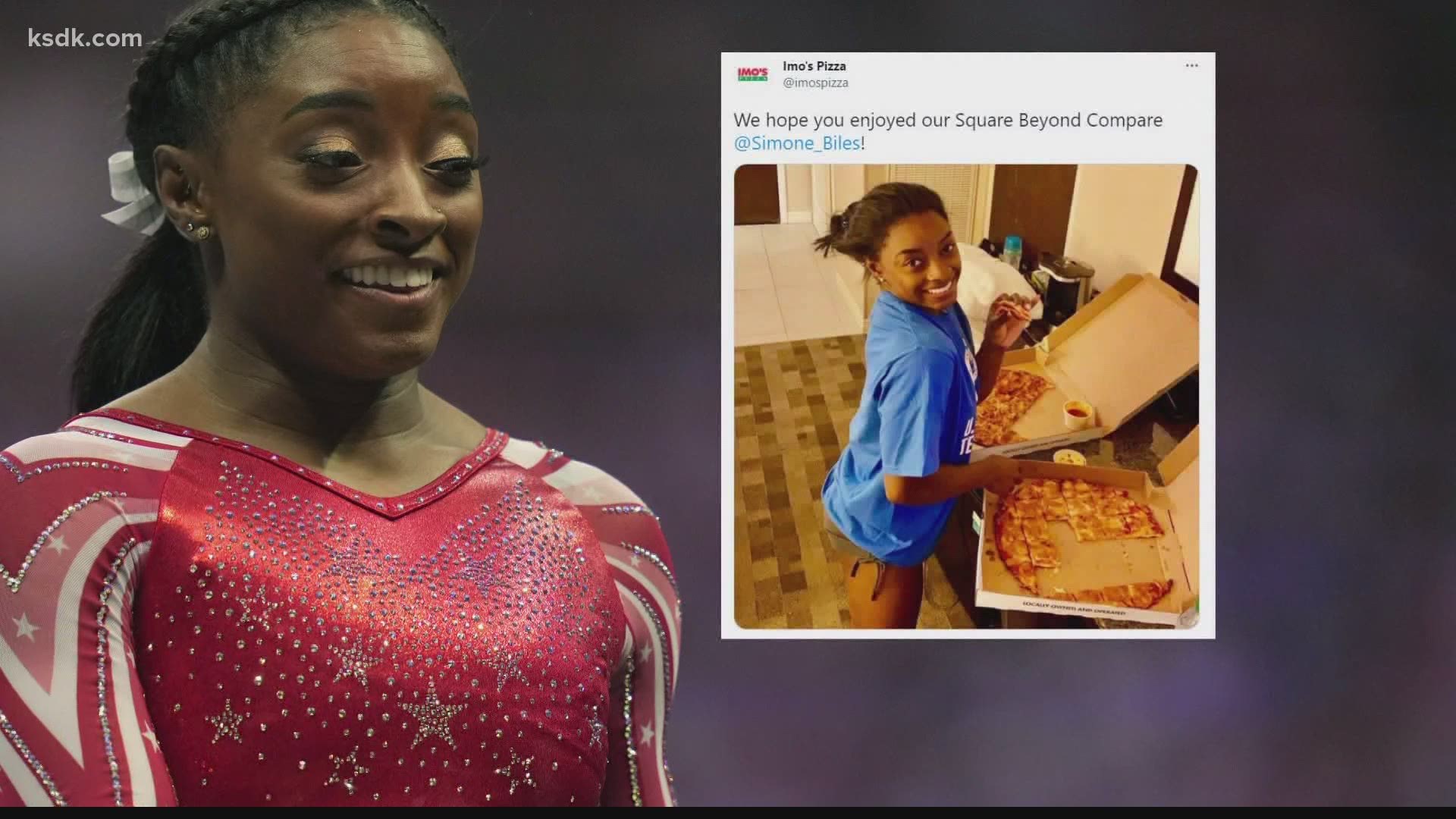 The Olympic medalist and greatest-of-all-time gymnast not only loves our pizza, she’s willing to throw down over it on national television.

Biles sat down with Jimmy Kimmel on his talk show Thursday night to talk about what she’s up to after the Tokyo Games and the national gymnastics tour she’s on.

But Kimmel couldn’t pass up the opportunity to talk about their St. Louis connection. Biles’ boyfriend is a St. Louis native and Kimmel’s wife is, too. He’s been known to joke about Imo’s Pizza and his disdain for its provel cheese topping. So, Kimmel grilled her on our square beyond compare, and her response would make any St. Louisan proud.

“I’ve heard that you love this pizza,” he said to Biles, who responded with a big, questioning smile. “Now, I’m wondering why because it’s very, very bad pizza.”

Biles sprung into defense mode and quickly backed up our pizza.

Kimmel replied by calling it the “world’s most disgusting cheese.”

“No, it’s not. Seriously, we could fight right now,” she said.

Kimmel wasn’t willing to take on the GOAT, laughing he said, “Please don’t, I don’t want to get beat up.”

Imo’s was prepared for Bile’s late-night interview and sent a pizza to Kimmel’s studio in Los Angeles. After taking a bite, he admitted that this slice was better than the last one he had.

You can watch Biles’ full interview with Kimmel in the YouTube video below:

Imo’s wrote on social media Friday that they were happy to surprise one of their biggest fans.

“This was such a moment. @Simone_Biles defending Imo’s last night on Jimmy Kimmel Live is must-see TV. We were honored to be able to surprise Simone with her favorite squares!” Imo’s tweeted.

This was such a moment. @Simone_Biles defending Imo’s last night on Jimmy Kimmel Live is must-see TV. We were honored to be able to surprise Simone with her favorite squares!https://t.co/5gj0COVkJp

The gymnast’s love for Imo’s started this summer after she was pictured chowing down on the pizza while in town for the 2021 U.S. Olympic Gymnastics Team Trials. After she left St. Louis, she tweeted that she was “already missing Imo’s.” But luckily she didn’t have to wait too long to get her fill again. Imo’s sent a care package stuffed with frozen pizzas to her home in Houston, which was waiting for her after the Olympics.