Missouri previously limited "to-go" alcohol sales to products in their original packaging. Now, bars and restaurants can sell their own custom cocktails. 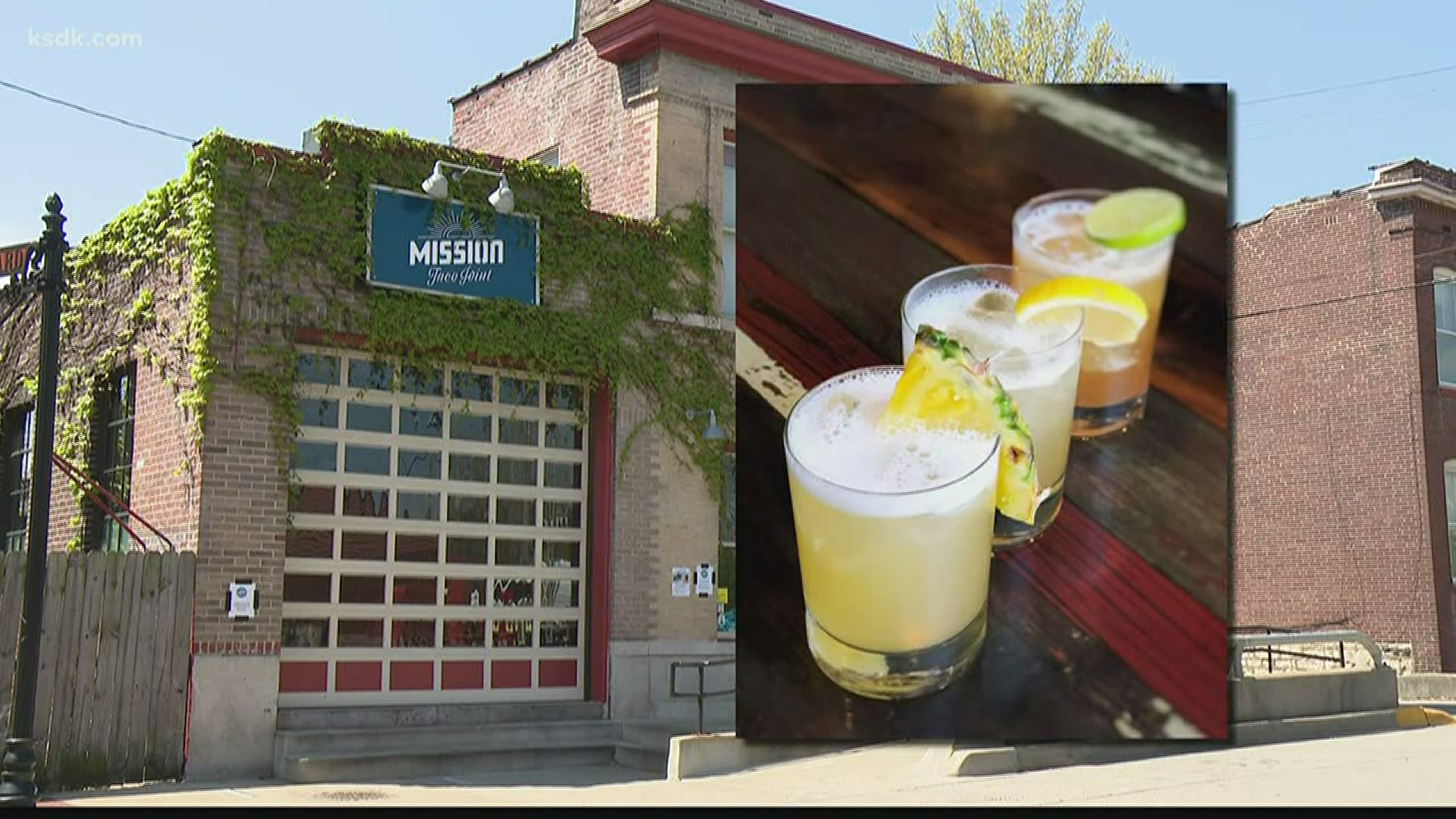 ST. LOUIS — When Mission Taco opened Wednesday afternoon with to-go margaritas ready for sale, it was the culmination of a month-long fight for owner Adam Tilford.

"I don't really jump into the political arena much, so I was doing a little happy dance in my office," Tilford said.

As stay-at-home orders forced restaurants to get creative or close, Tilford started selling pre-mixed margaritas from some of the Mission Taco locations. In two days last month, they made about $9,000 in sales.

But then the state stepped in.

Tilford said representatives from the Missouri Division of Alcohol and Tobacco Control told him they would have to switch to mix-at-home kits and sell full bottles of tequila instead.

As the price went up, sales did the opposite.

"It's not as easy for people. Twenty-dollars for a quart of margaritas or $80 for a kit is a big jump," Tilford said. "We were still selling some [kits], but sales just dropped tremendously. We went from $4,500 a day across the four stores, to about $600 a day."

Tilford said he was lobbying for more leniency from the state, as were other restaurateurs. Soon, they had help from state legislators.

The Missouri Division of Alcohol and Tobacco Control announced on Tuesday it would be temporarily waiving a restriction on some "to-go" alcohol sales to help businesses during the ongoing COVID-19 pandemic.

RELATED: Grab a cocktail to-go at these St. Louis restaurants that are mixing things up during stay-at-home orders

"This recent lift on alcohol restrictions really gives us some confidence — during such an already uncertain time — to continue investing and improving our new operations, keep our employees working and busy and ultimately bring some much-needed joy and happiness for a lot of people during these grim times," Narwhal's Brad Merton said.

The state's decision to support curbside cocktail pick-up comes as the World Health Organization released new guidelines on alcohol consumption during COVID-19, warning "alcohol use, especially heavy use, weakens the immune system and thus reduces the ability to cope with infectious diseases."

Tilford said Mission Taco's plan fits within the WHO guidelines, saying, "In my mind, being able to sell small portions of margaritas is way better than selling full bottles of tequila."

The next challenge will be keeping up with demand.