Ted Drewes reopens for the season on Wednesday

ST. LOUIS — A St. Louis favorite reopens for the season on Wednesday!

The frozen custard spot closed in January for its seasonal closure. It closes every year from early January to right before Valentine’s Day.

Ted Drewes shared a photo on its Facebook and said, “Opening tomorrow! We’re gonna be ready! Are you?”

“What?! I just bought tickets for 3 different Cardinals games AND Ted Drewes is opening tomorrow!! What a great day this is turning out to be!” Cathy Bruns Donahue wrote on Facebook.

The Chippewa location is located at 6726 Chippewa in St. Louis

Its Grand location will reopen sometime in May.

Ted Sr. opened his first frozen custard store in Florida in 1929. In 1930, he opened another store on Natural Bridge Road in St. Louis and the South Grand store in 1931. In 1941, the family opened a second south city stand, which is the current Chippewa location. By 1958, the two south city stands were all that remained.

As the success of the frozen custard business gradually improved, Ted Drewes Jr. decided to expand the size of the Chippewa location from five serving windows to what seemed to be an overwhelming twelve serving windows in 1985.

Throughout the years, Ted Drewes Frozen Custard has become a popular treat for St. Louisans and tourists to enjoy after visiting the Arch, the Fox and Muny Theaters, the St. Louis Zoo, or a Cardinal’s baseball game. Along with the delicious hot fudge sundae, Ted’s “concrete” has been the most popular treat at the custard stands. The concrete, which was created in 1959, is a malt or shake so thick that it is served upside down.

RELATED: Chesterfield restaurant among most romantic restaurants in the country 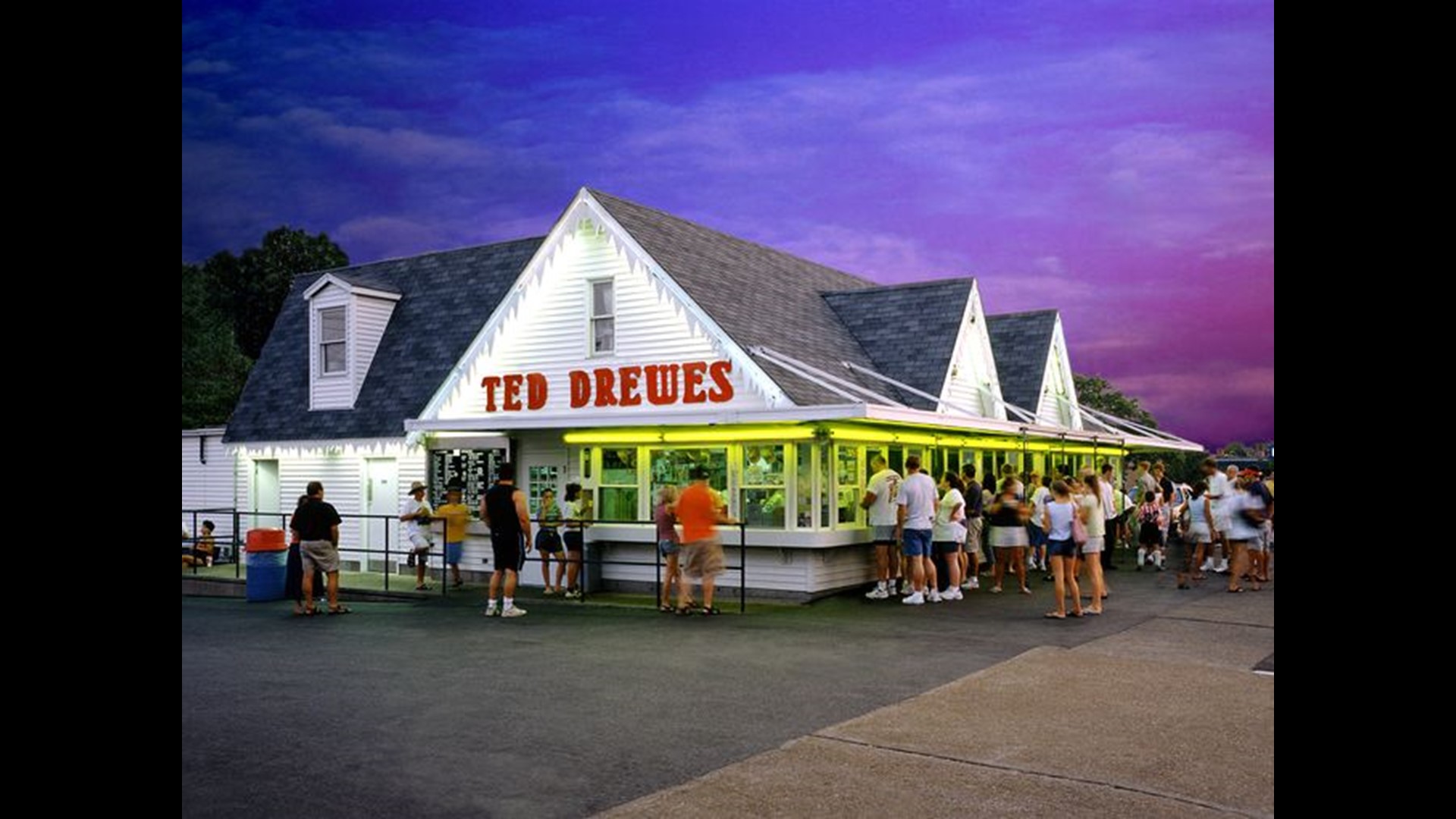