'Let's do this': Food hall tenants move into City Foundry ahead of Aug. 11 grand opening 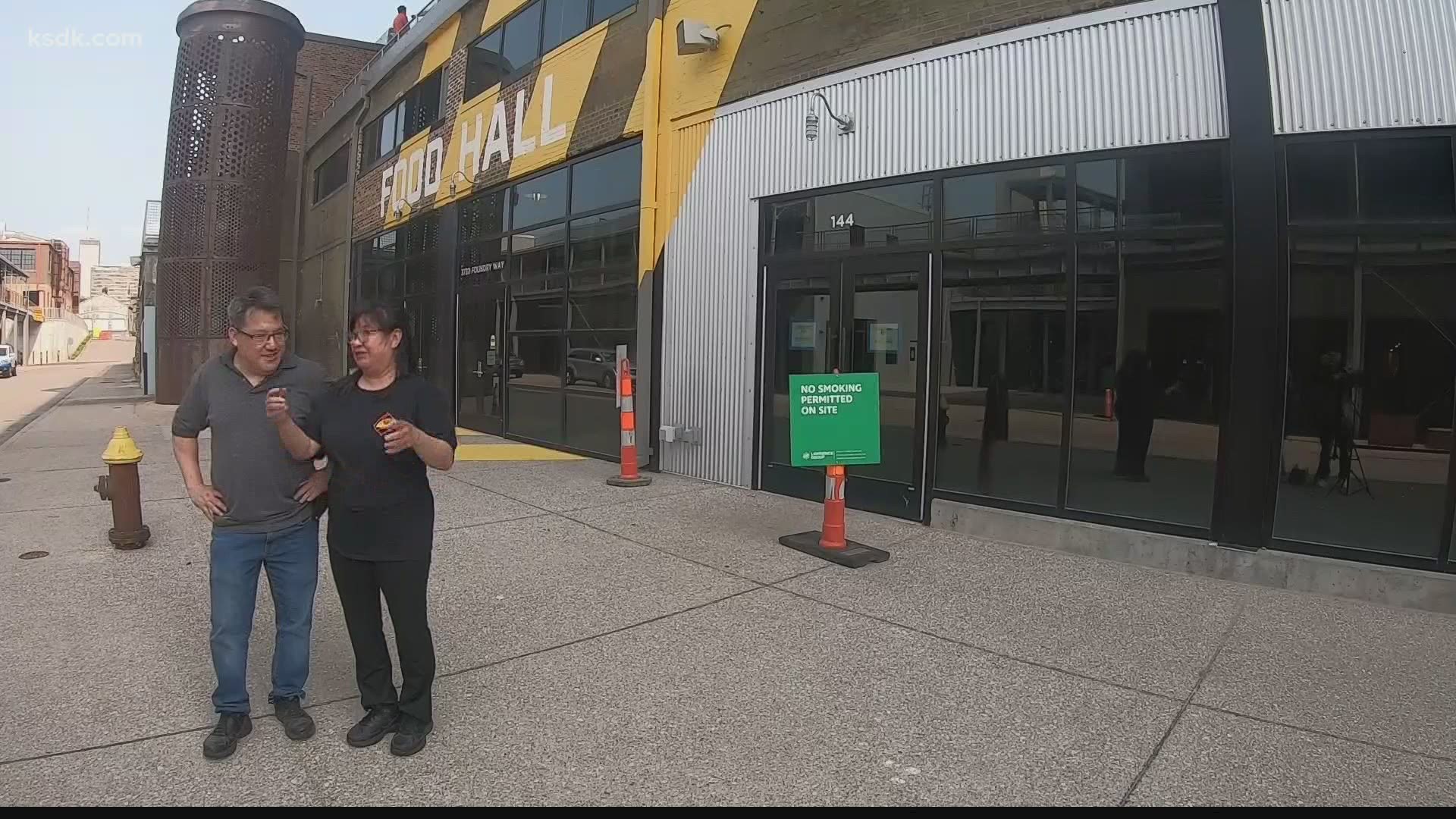 ST. LOUIS — It's dinner time on Cherokee Street, but the lights are dark at Kalbi Taco Shack with a sign on the front door that explains "closed -- relocating to the City Foundry STL."

"We knew it was coming but this is it," Kalbi owner Mark Shackelford said of the Monday announcement that City Foundry's food hall will hold its grand opening on Aug. 11.

Mark Shackelford and Sue Wong-Shackelford's Mexican-Asian fusion restaurant was one of the first concepts to sign onto City Foundry because it's closer to some of their loyal customers at SLU.

The food hall will open with 11 concepts in place and another four opening before the end of the year. The hall has space for up to twenty food vendors.

They say having an official opening date comes with a lot of emotions.

"Very hectic. Rough," Mark said, with Sue adding "It's been fun, exciting, and nerve-racking as well."

The grand opening was pushed back by the pandemic, and organizers say they're still keeping an eye on continuing cases, which are largely fueled by the delta variant.

"We are very much looking at every update, and we want everyone to be safe," Susie Bonwich, food hall director of operations, said. "Whatever the protocols are that are going to be in place, we are going to be one step higher than that."

Bonwich says they have a huge dining room, open ventilation, and the pedestrian street between buildings will have tables for outdoor eating.

As the Kalbi crew continues to settle in, they say they'll hire more staff since the food hall's open 7 days a week, shifts that almost can't come too soon.

"Finally," Shackleford said. "Let's do this."