New Olive + Oak to open for curbside in 2 weeks 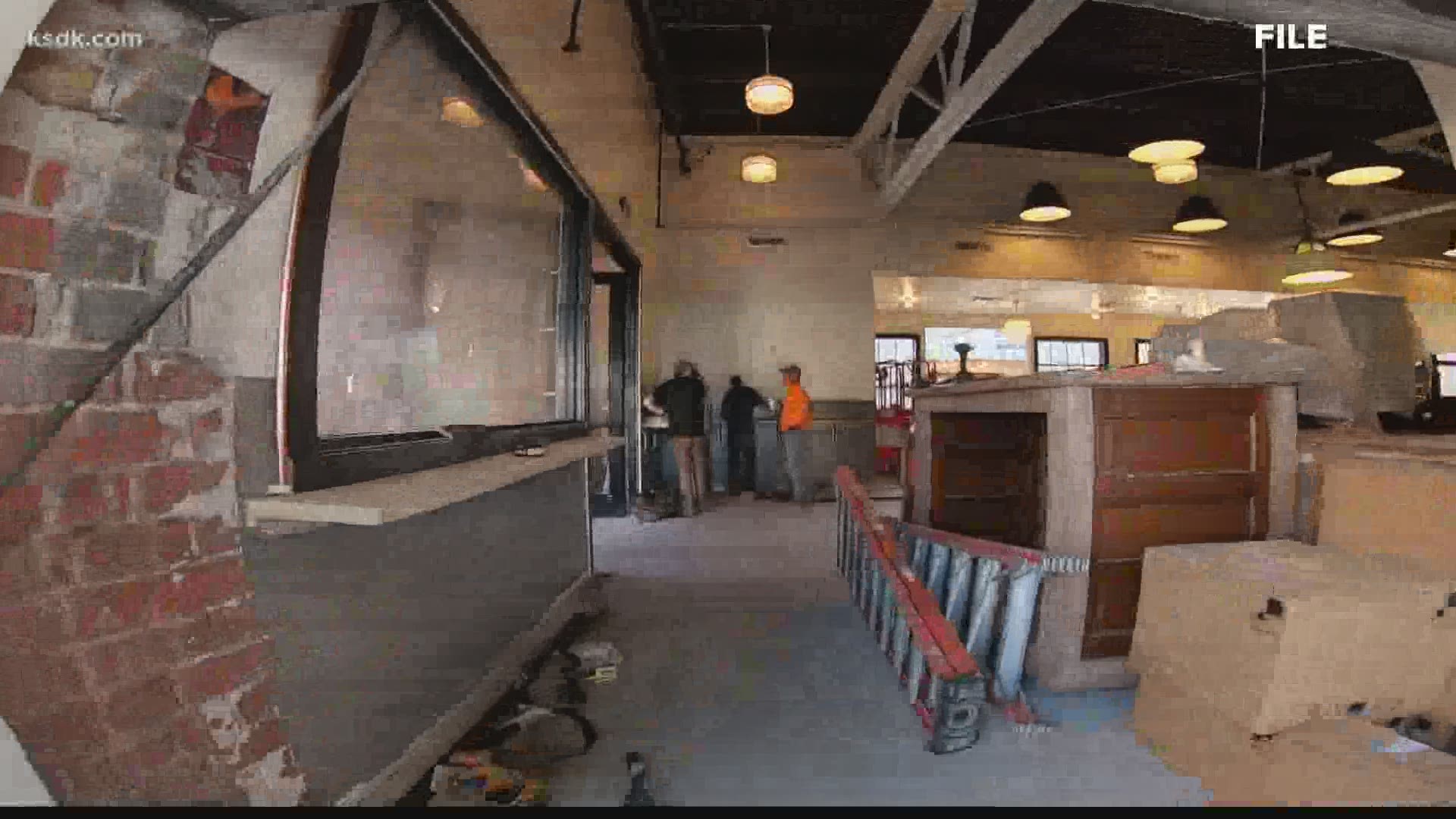 WEBSTER GROVES, Mo. — One restaurant that remains successful, even during the COVID-19 pandemic, is Olive + Oak in Webster Groves.

The owners said they never imagined the spot they opened together in honor of their sons would grow to be so popular.

After a few years in business, they opened Clover and The Bee next door which also took off.

If you've ever tried getting a reservation at Olive + Oak, you know you have to book way in advance. Because of that, they're expanding into a much bigger location just a few steps from where they are now.

The new 20,000 square foot location will be in the former Auto Beauty Specialists building on Lockwood.

Not only will it be home to the restaurant, but they've partnered with Perennial and will have a unique space called Perennial on Lockwood. It will be a brew pub where you can sip on small batch beer brewed in the space. You can even order food from a small menu.

They also have an event space that can seat up to 225 people. Something they hope will be the spot for weddings, conventions and celebrations.

Co-owner Mark Hinkle said this was certainly not the grand opening they were hoping for.

"There was too much momentum to stop. So, I think there's just a point where you have to have faith and just keep going you know. We know there will be an end to it, when that will be god only knows. We know we'll fight through to the other side," he explained.

Hinkle said the new location will open for curbside only in the next few weeks. They're aiming for a June 3 opening date.

From there, they will transition to outside dining with a smaller capacity. Once they open at full capacity, he says they’ll need 150 staff to run the entire operation.

As for the old Olive + Oak location, it will become an intimate Italian spot featuring handmade pastas and pizza. Hinkle said they’ve been experimenting with a lot of pizzas recently and have yet to come up with a name.

RELATED: Taco Bell's latest drinks will have you feeling like it's summer

RELATED: Budweiser debuts new can design to salute US military