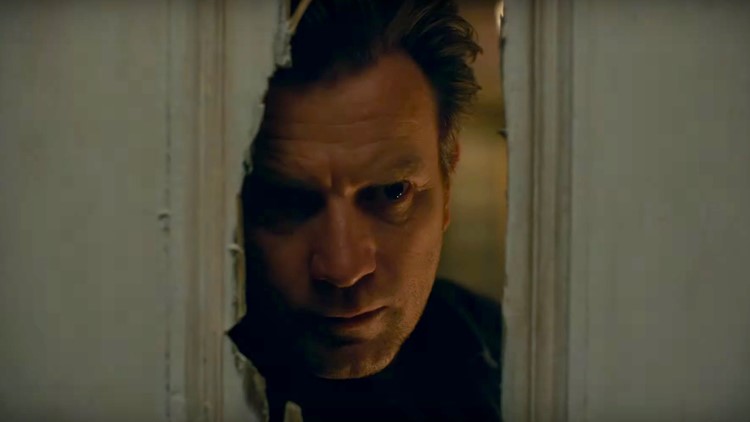 ST. LOUIS — Powers can be a burden, a blessing, and a curse.

For example, some people have "the shine." A power that allows him to not only read minds of the people right in front of them, but the ability to connect with souls far and away.

It's an ability that Danny Torrance (Ewan McGregor) wishes he didn't have, because it reminds him of his tortured past, involving his late dad, Jack. Having the ability to talk to dead people, slay evil mummy-looking creatures hanging out in your bathtub, and push people around from afar does have its benefits.

Got all of that?

Here's the thing. "Doctor Sleep" is a mildly entertaining, if overlong, thriller. It's not nearly as scary as the original, and in all actuality, not that scary at all. Most of the horror here is recycled spooks that you've seen before. Flanagan obviously loves King's story, garnering the famous author's approval to make this sequel, one that King reportedly likes more than Kubrick's version-but he doesn't place his mark on the material. He did better with Carla Gugino in "Gerald's Game."

The unfortunate part is this new film is predictable in many ways. Characters come along, present themselves more as types instead of fully formed people, and you can guess their fate. The film also borrows from "The Shining" like a niece would wear too much of her aunt's jewelry. Far too often, "Doctor Sleep" doesn't make its own mark or find its way.

Here's another thing. This movie kind of put me to sleep. There's long stretches that could have been left on the page or cutting room floor. You will feel the 150 minute-plus running time. It takes them forever to make it to the Overlook Hotel, and even then, the film is going through the motions.

The deadly cult of shine-sucking (literally) gypsies have some quirk to their evil ways, but they really aren't that interesting. McGregor's Danny is a regretful soul who'd rather live inside a bottle than reality. He's the kind of guy who makes good people like Cliff Curtis' Billy Freeman stop what they are doing and help him. There's just not much to him after that.

There are some effective moments and elements. A horrific scene involving the evil cult and a young boy will put a chill in your bones. Another sequence involving Danny and Ferguson's Rose The Hat has some punch to it.

It is the Swedish actress who fares the best here. She seems to be having some fun as the villain here, trading in some of her "Mission: Impossible" femme fatale cred to break bad here as someone who preys on powerful young kids who have "the shine." There's a willing performance in there somewhere. I would have liked more of her than the rest of the cast.

McGregor does what he can with the material, but there isn't much for him to do here other than look overwhelmed, slightly interested, or bewildered into action. He's better than this script.

Overall, "Doctor Sleep" treads lightly on entertainment, leans heavily at times into its predecessor, and shouldn't keep you up at night. Basically, if some strange person pulls up in a van asking you to get in, the answer should still be heck no and run. The movie wouldn't have much legs if more characters did that.

If you are going to make a sequel to "The Shining," you need to make it count and hope it stands on its own two feet. I left "Doctor Sleep" mildly entertained and without feeling my time was completely wasted but wondering if this film truly had to exist.

I wouldn't label this one a must see. Maybe just watch the original and wonder what happened to young Danny instead.