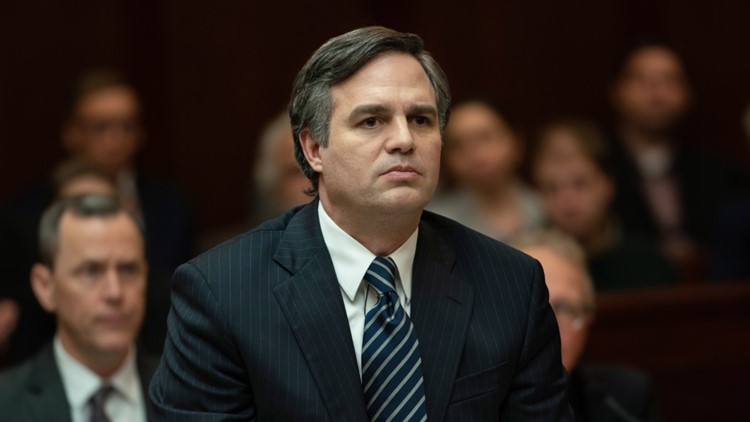 The Cincinnati, Ohio lawyer had recently made partner at his law firm, a place that defended chemical companies like the one he would spend the next two decades battling.

When DuPont, one of the biggest chemical companies in the world, gets caught polluting a small town in West Virginia, it's Bilott-a native of that small town-who gets visited by two farmers with dead farm stock.

When the accusations and cover-ups stack up on legal boxes in a conference room, Bilott finds it impossible to look away.

You'll find it equally hard to look away in Todd Haynes' riveting new film, "Dark Waters." This is a no-frills cinematic experience that hangs its hat on a powerful true story, retelling the story in a direct manner. There are no rousing scores, useless subplots, or extra fat on the bone of this lean and mean corporate drama that's laced with a few thrills.

Ruffalo is brilliant, bringing his signature brand of vulnerability and depth to the role of Bilott, who changed sides in the lawyer game in the pursuit of justice. Once Bilott gets a whiff of the conspiracy, he finds out there's more to the case than dead animals, as the DuPont evil doing gets deeper and uglier.

The strain on the courageous lawyer's family, life, and reputation only worsens with each revelation in the case. Imagine fighting Goliath without a stone, and you had the early stages of Billott taking on DuPont.

Anne Hathaway gives the straight-forward role of Bilott's devoted wife some extra juice embodying her with grace and some fire. Tim Robbins, playing Bilott's boss who surprisingly backed his actions, gives his best performance since "Mystic River." He has a key shutdown/shut up speech that cuts to the core of the entire film. Bill Pullman has a fun role as a local attorney joining Bilott's case. Bill Camp changes pace from his usual roles as a desperate farmer with a deep rasp and eyebrows bigger than Peter Gallagher.

When faced with the lawsuit, DuPont did what any billion-dollar company would do when caught with their pants down: drag out the case, bill frequently, and wait until they stopped. Bilott refused to stop. Just look at Nathaniel Rich's New York Magazine article that Matthew Michael Carnahan and Mario Correa's script is based on, "The Lawyer Who Became DuPont's Worst Nightmare."

I could tell you about the production design, score, editing, or cinematography-but I could also just tell you this is an important film. Think of 'Erin Brokovich" with less flash and song and dance. A quiet yet potent film that doesn't play games, just dishing you a story that should reach beyond mere film interest.

All of it is held together by Ruffalo. You could say most lawyers would have dropped the case and maintained their health, and one could also state most actors would have overplayed this role. Ruffalo goes the other route, showing the slow-boiling yet steady tension building in Bilott as the case evolves and the years pass. The actor, known to most recently as Bruce Banner aka the Hulk in the "Avengers" movies, is evocative and shows much-needed restraint here. Before he turned green, Ruffalo built a strong pedigree in film, earning three Oscar nominations.

He's the fuel in Haynes' fire here, stoking it just enough to evoke a thought in the viewer's mind about what they have been drinking. The director's directing is steady here, refusing to engage in showy waters. He's deliberate in the best way, just like his star.

There's a scene midway through the film where a group of lawyers come at Robert and Robbins' Tim in a discussion about taking on the case. It's quiet, slow-building, and blunt. No music. No mindless sideshow. Just dialogue and story. That's the tone of this film.

"Dark Waters" is the kind of old school tale that movies from the 1970's were built on. Films that meant something more than simple entertainment.

If you like Mark Ruffalo and hard-boiled true stories, go check it out.