This is a potent film that gets the facts right, worrying less about show-stopping performances and just laying the cards on the table for everyone to see.

How long can one stay quiet in the face of a torture that is both physically unbearable and mentally poisonous?

For three Frenchmen in Francois Ozon's true-story tale "By the Grace of God," the threshold for pain hit a breaking point in 2014, culminating in an investigation into the French Catholic Church's sexual abuse of young boys.

For Alexandre (Melvin Poupand), Francois Debord (Denis Menochet), and Emmanuel (Swann Arlaud), the culprits were two men: Father Bernard Preynat and Cardinal Philippe Barbarin. The former was the abusive priest who preyed on boys for decades without being defrocked; the latter was the man who knew it was happening and failed to take true action.

If you know anything about history, you'll know taking on the church in any capacity is costly and involves soul-searching of the tallest order. First, the men had to have the courage to come public. Second, they had to look the devout worshipers of the religion in the eye while taking the fight to men up on high and protected.

This is the non-flashy version of "Spotlight," the powerful film about the journalists in Boston who went after the Church, both by land and sea, that won the Best Picture at the Academy Awards. Here, the journalists are the victims themselves, raising awareness, hearing the horror stories of other victims and taking to the internet to start their campaign. You should expect to hear this film when the Oscar nominations come out. 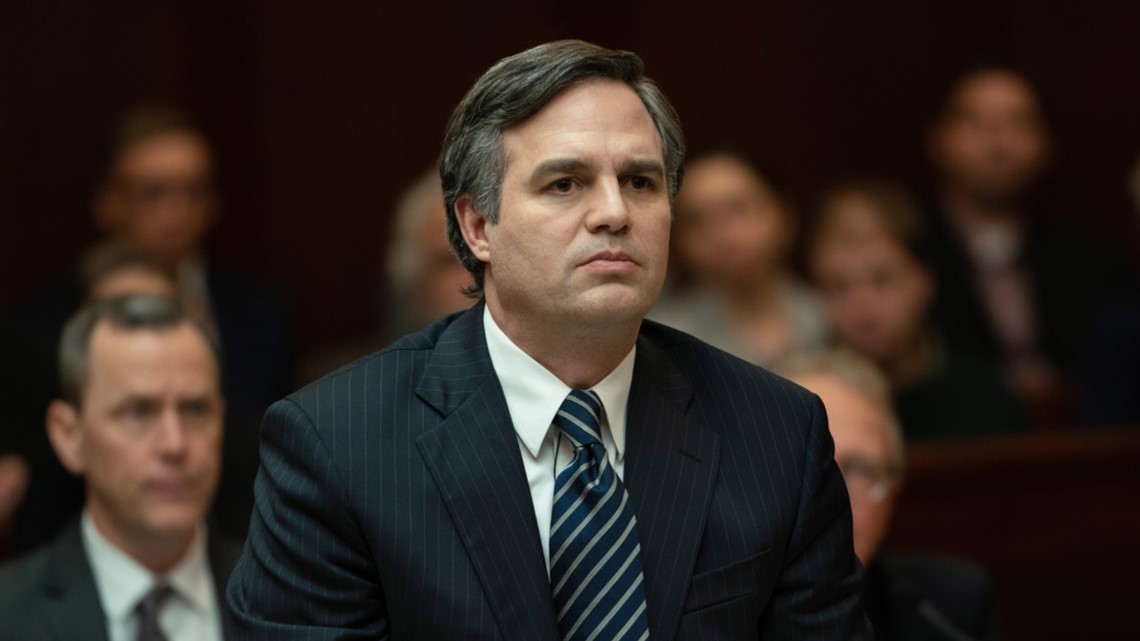 'Dark Waters' Review: A superb Mark Ruffalo powers this taut true story thriller
ST. LOUIS - Robert Bilott (Mark Ruffalo) could have easily walked away. The Cincinnati, Ohio lawyer had recently made partner at his law firm, a place that defended chemical companies like the one he would spend the next two decades battling.

This is a potent film that gets the facts right, worrying less about show-stopping performances and just laying the cards on the table for everyone to see. When you are telling a story with this much juice and revelation, you don't have to swing so hard, instead leaning into it with all your willpower.

In writing and directing such an important and unfortunately timely tale, Ozon takes on the most risk here, because overcooking this story could have lessened the impact-but underscoring it could have left it dismissive. Instead, he lets the camera do diligent yet simplistic work, navigating around the homes, workplaces and friendly environments of these men -- and the women who came into their lives to bring them love and devotion -- who decided that enough was enough.

Out of the cast, Menochet (the milk farmer in the beginning of "Inglorious Basterds") leaves the biggest mark. He's the one who decides to take the crumb laid out by his mother and talk to a detective, which then leads to meeting with Alexandre and Emmanuel. Menochet's Francois' clashing with his older brother, who wasn't abused by Preynat yet envies the attention his younger brother has received, really hits home. It broadcasts the unwise reactions that can come from family members and friends who have designs on the effect of abuse yet can't even begin to truly describe its pain. "By The Grace of God" never shies away from those uncomfortable yet vital interactions.

It's a slow-moving tornado of a film, encompassing you in this chaotic yet meaningful journey without overwhelming or alienating you. It's the work of a filmmaker who knows that less can be more with such power. You'll leave this film enraged that it took so long for action, but holding a signature brand of clarity about how hard it is to live with such a scar.

I wouldn't say this film is for everybody, but it shouldn't be forgotten about come awards time.

RELATED: Things you need to know before you see 'Frozen 2'

RELATED: Review | 'The Irishman' is a towering achievement for Martin Scorsese