Four friends test the limits of true sobriety in this hilarious and heartfelt story about the joyous and hazardous temptations of alcohol consumption.

ST. LOUIS — The ageless question still stands tall. Does drinking alcohol make you a more fun person to be around?

It's a theory that four middle-aged friends put to the test in Thomas Vinterberg's "Another Round," an uproarious and quite joyous celebration of life and all it has to offer. Martin (Mads Mikkelson, working in top gear here) has a beautiful wife and two kids, but feels hollow enough to ask his wife if he has become boring to his family. Tommy (Thomas Bo Larsen) loves teaching young kids how to play soccer, but the daily doldrums of everyday life are starting to weigh on him.

Peter (Lars Ranthe), a single man who teaches music at the school, yet wonders about his legacy as a man without any kids. Nikolaj (Magnus Millang) has a large home right off the beautiful coastline of Denmark with his lovely wife, but their kids keep sleeping in bed and peeing on poor Nikolaj. He needs to get out more.

The first thing I'll tell you about Vinterberg's film is that the whole thing really came off natural and honest. While some films would take a plot device like this and turn it into a commercial gimmick built on frat jokes and old boy humor, this film keeps its scope solely on the heart and funny bone.

All four men teach at the same high school, feeling expired and tired, so they turn to alcohol in order to get re-wired. They test out a theory from a scientist who proclaims men are born with a blood alcohol level that is .05 too low. So, if they have a couple drinks every hour and make up for that lost creativity, even on the job, their overall spirits can be boosted.

Try not to think too hard about the logistics of the theory. It's best to just follow the four leads' suit and dive right in without hesitation. The powerful beats of Vinterberg's film-which he co-wrote with Tobias Lindholm-mix well with the juicy comedic moments. That's not an easy balance to maintain, and "Another Round" holds it for the entire two hour running time. We see the four men taking pulls from a vodka bottle in a bathroom stall or from a water bottle on a soccer field. Peter closes the shades in the gym before his class sings, so he can take a quick pull from his bottle in the dark. While every teacher will claim sobriety comes before teaching, they should get a kick out of this story. A "what if" scenario being played out by actors on the big screen is a cocktail every teacher in 2020 needs right now.

The actors really lean into it too, with Mikkelson faring the best. If the film has a wounded heart to center itself around, it would be Martin. During a birthday dinner with his friends, he comes clean about feeling small and insignificant, even in the presence of his family. It's a heartbreaking scene that Mikkelson absolutely crushes due to his restraint and patience.

Playing a man seeing his life bypass the speed limit and spring ahead of him, the Danish actor finds plenty of juice inside Martin's sad bones to squeeze. In a career full of mainstream villains and lonesome heroes, Mikkelson finds his best role yet in a man craving rebirth. Keep your eyes peeled for the last scene, which features a killer dance number by Mikkelson that should make my "best scenes of 2020" list.

While I didn't recognize much of the supporting cast at the outset, perhaps it played a part in their brilliant performances landing so hard. Millang looks like the long lost brother of Nick Frost and Toby Jones, injecting the humor even into the sad situation where a grown man pees in his own bed. Vinterberg doesn't rush the camera during these embarrassing yet quietly hilarious sequences. Larsen adds a lot of heart to Tommy helping a young kid being bullied, even while he has to repeatedly tell young Secs why he can't have his "special water bottle."

Ranthe has a hilarious moment at a grocery store when the four try to go shopping while extremely drunk. "Why don't you have fresh cod, when seven out of the 12 months in a year, they are in season?!" Great work from a cast that comes across as true friends to the end with the ease of a couple scenes. You just believe it. Heartbreaking and funny at the same time.

I got a kick out of watching these four guys party with the ambitious goal of winning their happiness back. As anyone knows with the dragon that is alcohol, you never really win in the end. It's all about who you drink with, and how alive you feel at that pinnacle moment where the booze kicks in, the song begins, and the legs start to move.

The four keep raising the limit and try to get more drunk, telling themselves that it's all in the name of scientific research-all the while understanding that it's a one way trip if they keep going. People drink for a variety of reasons. Numbing the pain is one of the chief reasons. Finding that creative valve works for a writer or teacher. But sometimes, all alcohol does is bring the sadness closer.

Vinterberg's film is fun without being cheesy, entertaining without acting condescending, and hits you deep down in its quieter moments. It's about friendship and all the wild crazy things you do with friends because they were family that you chose to hang around with in life. I've rarely seen a film balance the light and the dark with such restraint and still be so full of life in the end. "Another Round" never takes itself too seriously, moving along at the pace of a sober man slowly shifting into a drunk man. After the third or fourth round, you'll feel like joining them.

Part time heartbreaker, full time on realistic energy, this ode to friendship aging like a fine wine will stir you up. It may not win many awards, but it'll be a memorable rewatch for Mads Mikkelson alone. He stands out in a lively ensemble, showing us both the youthful grace and the unfortunate heartbreak of a guy halfway down the road. Mikkelson has two knockdown film-owning scenes in "Another Round." He's the real champ here. 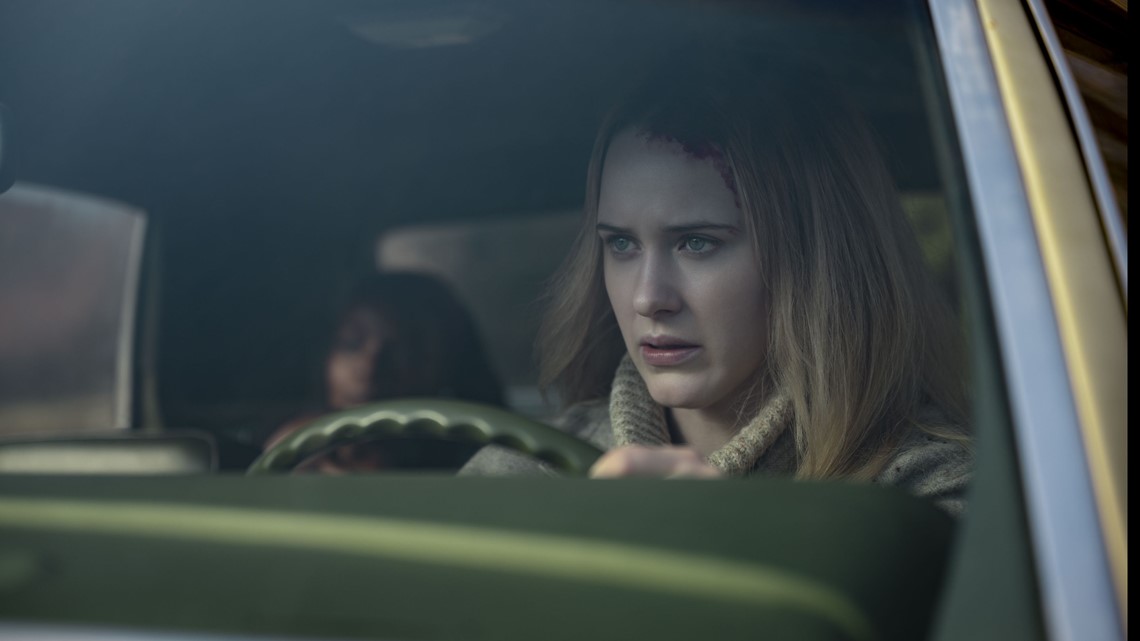 Review | Julia Hart's atmospheric 'I'm Your Woman' features a first class leading lady in Rachel Brosnahan
This may all look familiar, but the 'Marvelous Mrs. Maisel' star, along with pinpoint vivid direction, hits completely different-and in a good way. ST. LOUIS - Imagine your husband walking through the front door with a baby. But not just any baby, this kid belonged to someone else first.