A single father reeling from the loss of his wife while dealing with hardcore amnesia is an intriguing setup, but this film fell apart midway.

ST. LOUIS — A great setup in the movies can always give a film that much-needed push into the mind of an audience. Once you get there, anything is possible. But that doesn't necessarily mean it always works out in the end.

Most times, horror thrillers fall into the same trap, and it's not fun. A redundant pleasure carries a smaller reward every time it shows up, and that's a big problem with the latest Blumhouse/Amazon original, "Black Box."

Nolan (Mamoudou Athie) is a man suffering a midlife crisis of the harshest order. He lost his wife and memory in a terrible car wreck, and every day seems to be a new challenge. His young daughter (Amanda Christine) is taking more care of him than he can for her, so when a new experimental brain procedure (stop me if you've heard that before, movie fans) becomes available, Nolan jumps at it.

I don't have to spell out the details for you. Suffice to say, when you mess with the past and future, the present seems to mess with you back. Nolan goes down the rabbit hole, and begins to confuse his memory with a stranger's life. New characters come and go, and you have a hard time finding a real need to care.

The reason for this drop in interest comes from an abandonment of the real juice here: A single dad, reeling from amnesia and being widowed, trying to raise his daughter. Once Phylicia Rashad showed up as the mad doctor, I knew we were going to trip down a well of overwrought suspense. That's not a shot at Rashad, a trustworthy veteran actor, but more of a shot at the script and its uneven appeal.

There are scenes between Athie and Christine that are undeniable tender and poignant, but they become lost in figments of this film's overworked imagination. A midway twist doesn't disable the film all at once, but what follows doesn't exactly help it recover. The push and pull tendency of the filmmaker here doesn't produce something memorable or unique enough to stand outside its genre's limitations.

Take the recent release, "Possessor Uncut," for example. It's another blend of thriller/horror/science fiction that works due to the unsettling dedication that Brandon Cronenberg gives to the film and its every movement. There's truth behind that curtain. When you finally get to peak behind the curtain of Emmanuel Osei-Kuffour's "Black Box," all you see is something misguided and overly familiar.

As Nolan struggles to maintain control of his already fractured reality and this new mindgame from the experimental treatment, you will feel a disarray of emotions and feelings towards the film. Some good, some bad. But all I found was a sense of promise fumbled in an old cerebral tactic in film. Sometimes, playing with the mind doesn't equal entertainment or a high enough measure of quality to transcend the work of its predecessors.

While it's available to watch for free with an Amazon Prime subscription, I could recommend at least five other things to watch instead of "Black Box," another failed attempt to find scares in an abandoned, not haunted, house. 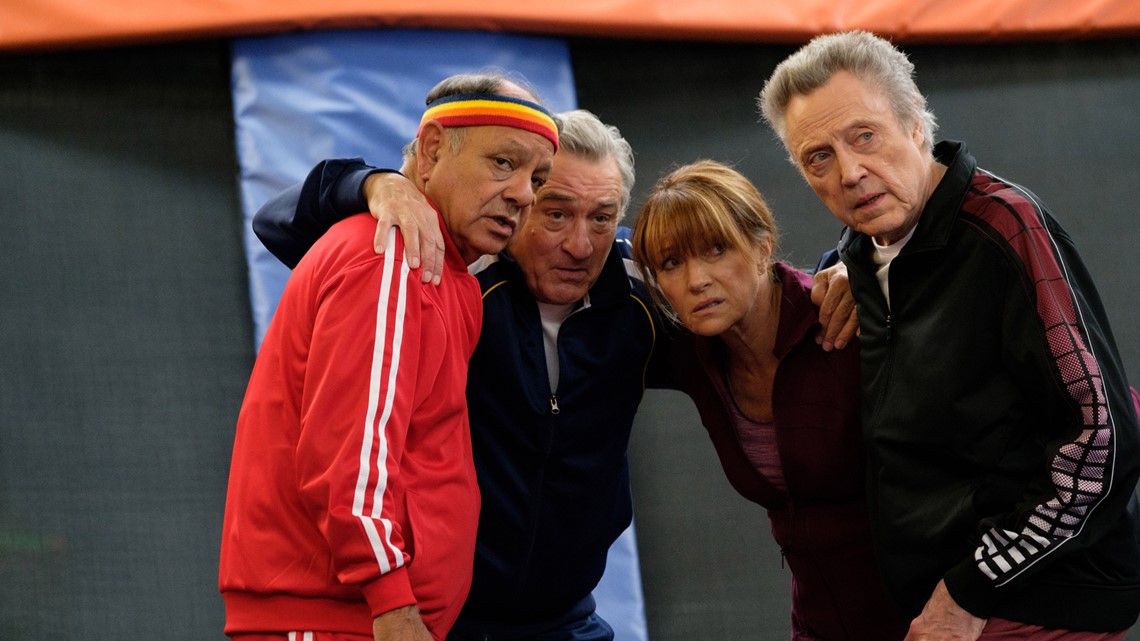 'The War with Grandpa' Review | Robert De Niro should pay you to watch this trash
"Some films deserve to be trashed and this is one of them. Robert De Niro should have burned this script instead of agreeing to do it." ST. LOUIS - I wonder if Robert De Niro and Christopher Walken were hanging out on the set of "The Deer Hunter," talking about making more movies together.