The agent of chaos, Sacha Baron Cohen's Borat, is back and more dangerously funny than ever. Prepare for your jaw to hit the floor a lot.

Back in 2006, Sacha Baron Cohen introduced movie audiences to a new kind of reporter: A crazy agent of chaos from Kazakhstan who called out every wrong thing going on in America. The party guest who wouldn't leave revealed things about Americans that were over-the-top and gross, but also living in the "sad but true" section of the world. It was basically a 90 minute condemnation of the United States of America, or as Borat and his native country would say, "the US of A." And it was genius.

Well, Cohen's newsman is back and not much has changed since he left. "Borat Subsequent Moviefilm" is a wildly funny batch of political satire that lands just in time for the voters to get way too up close and personal with the state of politics in the world, and all the racial and religious divides across America. At one point, without spoiling much, a person is asked if Democrats or COVID-19 is worse for America. The answer is going to make you cover up.

Look, it's important to not take all of it TOO seriously. This is like a roast, but instead of a single person, it's a nation. Either get offended inside the five minute mark or strap in for the full ride. So many people would let their guard down if the film poster didn't show Cohen in what can only be described as an adult onesie of the worst invention. But that's his style and route of getting into people's heads. The circus is basically back in town.

Remember it's been 14 years since he dished out a 90 minute stand-up special where the audience members don't know that they are in on the act, at least not all of them. You can remember how talented Cohen is by watching him play Abbie Hoffman in Aaron Sorkin's "The Trial of the Chicago 7." He's the funnyman who dueled with Will Ferrell in "Talladega Nights."

But at the heart of Cohen's entertainment backbone is this crazy reporter saying the kinds of things that get him removed from buildings, including a live speaking event for Mike Pence. More so than Ali G, Borat is the secret sauce in Cohen's arsenal. I am sure of it after a dance sequence in this film that will never ever leave my head.

I see these interactions and the bonkers energy that goes into the details, and I just laugh. I don't take all of it home with me or into the night. I appreciate the film for making me laugh longer and more often than any film this year or last. If you have thin skin, I'd advise you to skip this one. If you can handle the most unfiltered form of human comedy, mixed with an undeniable realism, go for it. You won't find this anywhere else.

It's the father-daughter tale you didn't know was needed in your life right now. That's the only part of the plot that I'll slice off for you right here. Borat is coming back to America and he's not alone. His daughter (a terrific Maria Bakalova) is coming with him for a specific purpose. Bonding and obscene interactions ensue. That's all I'll say.

With "Borat Subsequent Moviefilm," the less you know definitely makes for a better experience.

The cameos (if they can be even called that) are once again, one jaw-dropper after another. All the thinking you will be doing after this is wondering how much of it was ACTUALLY REAL or at least halfway staged or improv. You will do that because Cohen and his team, including director Jason Woliner, make it all stick so hard during the moment that you're laughing in amazement.

It's all right in time for the ballots to be cast and counted. That's the goal here, and never forget it. Cohen is taking these outrageous shots to get your attention. Imagine someone pointing and screaming at an accident in the street, angling to get your attention to it. When you finally witness what he's referencing to, all one can do is laugh or run.

I stayed and laughed considerably. That doesn't mean I am going back for seconds. One serving of Cohen's Borat is best for the funny bone. Comedy delicacies usually are.

If "Borat Subsequent Moviefilm" proves anything, it's that Cohen is the most fearless entertainer working today-and he wants you to vote. 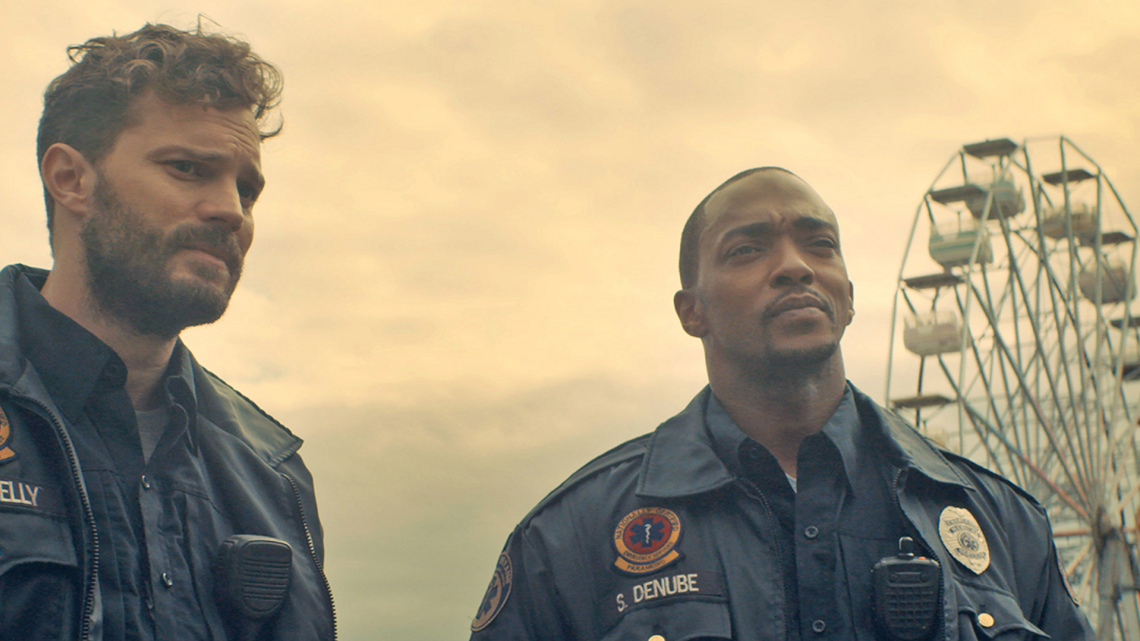 'Synchronic' Review | Why the potent cerebral thriller is one of 2020's biggest surprises
Justin Benson and Aaron Moorhead's sci-fi thriller is everything Christopher Nolan's "Tenet" wanted to be, and it has a pulse and heart! ST. LOUIS - Time is a constraint. No matter how you see it, the clock is always ticking, reminding us of our mortality and how long we may have left on this rock.