While this thriller stars Arnold Schwarzenegger's kid, the real takeaways are Michael Shannon and Gilles Geary.

ST. LOUIS — Do you ever walk around a rich person's home and suddenly get the jealous urge to smash everything to pieces inside the house?

For a group of slick-thinking and risk-taking young college fallouts (I'll explain later), that became the plan after acing their courses and seeing no job waiting at the end of the line. Lance (Patrick Schwarzenegger, looking like his dad in the 1970s minus the protein shakes) thinks he is coming out to Chicago for a job in the art world. His cousin, the enigmatic yet charming Jack (Gilles Geary), merely wants Lance to help him and his cronies steal expensive art from the 1%.

Throw in a well-spoken but dangerous black market dealer in Mel Donnelly (Michael Shannon), an unstable leader of the crew in Alex Pettyfer, and all bets are off.

No matter what role he plays, good or bad, Shannon knows how to take a role and elevate it. He puts the quirk in eccentricity, and adds levity and weight to the role of Mel, the man behind the scenes paying these young guns to steal. In a handful of scenes, Shannon asserts him as the master among his peers, setting up intense and even comedic line deliveries. Without him, the film takes a big hit.

Can young Schwarzenegger carry the family name into the next decade?

Yes and no. First off, Patrick does a credible job of getting us to care and understand Lance. There's innocence and rage inside him, and Schwarzenegger channels that well. But there's also narrative moments before Lance goes from hating what this crew is doing to suddenly loving it and leading a few jobs up. Some of that juggling is hard for Schwarzenegger to pull off, but he puts in good work here for the most part. He won't be starring in "Commando 2," but his Josh Hartnett-Paul Walker strain didn't hurt this film.

Around 14 minutes into the film, right when Lance starts to meld with the group, there's a scene at a club with the perfect music, dialogue, and energy. Savoy's film never stops moving, at least not for long. Romantic subplots are mere speed bumps, and extra story intangibles aren't frequent. The narrative method of "Echo Boomers" presents the present up front, before a big dive into the past to see how they got to this predicament. Due to Savoy's energy and crime film love, you never think for too long about the holes and flaws in the film's setup and follow-through. Flashy for good reason. This story has been done 150 times, so Savoy spices up the delivery just enough.

Geary is the real find here

Savoy called him the next Heath Ledger, and I can see it. While you won't see him on the movie poster, Gilles Geary's Jack is the glue that brings the story together and launches it into each subsequent act. Unlike Schwarzenegger, he has those snake eyes that spell more than mere innocence and some trouble. You don't know quite what to think of Jack from the outset, only that he preaches family loyalty and doesn't trust Mel that much. A throwaway role for most actors but Geary, with his Mad Hatter smile and unpredictable screen presence, makes him a ton of fun to watch. A final monologue in a hotel near the end shows what the relatively new actor can do with just words and some space. He's someone to keep an eye on.

Saban Films is all about pure entertainment

Look, the same studio who distributed "Fatman" this holiday season is also behind "Echo Boomers." According to their initial film slate, it looks like these people crave fun films and good action. They aren't overreaching for awards recognition like Netflix and Neon, just trying to entertain people and I dig that. Cinema is a big playground with different kids, personalities, and abilities in attendance, so I don't look to every single film for an life-altering experience. Sometimes, you need to turn the brain off and enjoy a lean and mean thriller. Having supporting players like Hayley Law, Oliver Cooper, and Lesley Ann Warren sure doesn't hurt either.

Bonus Point: Movies with "lists" presented to the audience is like kettle corn to me. Worked in "Zombieland," and it works here.

Bottom Line: "Echo Boomers" isn't going to change the way you look at film, but it gives you a breakneck and highly inventive Shannon to lead the way, a new bright-eyed kid in Schwarzenegger, and a bright talent in Geary. What more do you want? Listen #1 for Film Critics: Know what you are getting into and understand the expectations of that filmmaker. 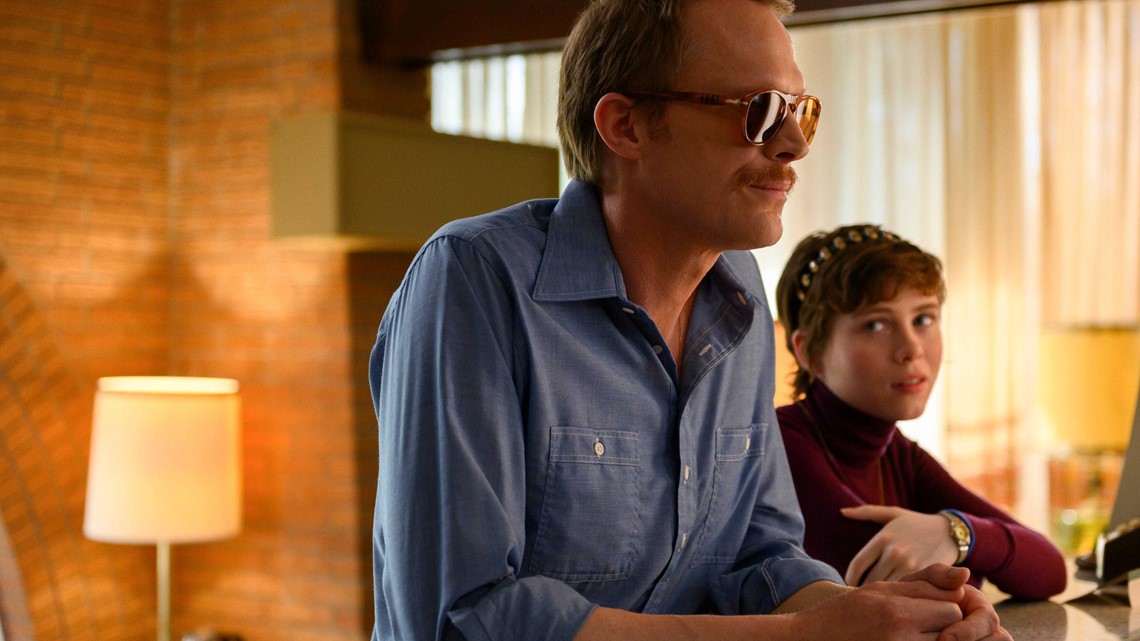 Review | Paul Bettany's galvanizing performance elevates the familiar 'Uncle Frank'
Bettany is best known for his work in the Marvel Cinematic Universe, but his performance should remind you that he's a highly intuitive actor. ST. LOUIS - Secrets can be poisonous if held onto for a long period of time. Sexual identity-related secrets, though, can work overtime on one's soul, because once the secret is out, it stays out.