Supernatural horror thrillers are a dime a dozen these days, and this new Blumhouse tale fails to make any sort of impression.

ST. LOUIS — A man can be a dream to the daughter and a nightmare to the mother, but usually it doesn't involve demons, spells, murder, threats, and deception. Such is the case in Elan and Rajeev Dissani's new film, "Evil Eye."

The latest Blumhouse television production, part of this week's double feature release along with "Nocturne," tries desperately to tap into the supernatural with less than stellar results. Look, this movie is 90 minutes and that's the only good part about it.

"Evil Eye," just like last week's Blumhouse entries, "The Lie" and "Black Box," is a complete mess. An overwrought exercise in tension and stalled plot development, you are left wondering if the thriller has even a few scares in it. While it's poorly made and doesn't carry a half-measured signature performance, maybe you grabbed the handle of your chair a few times watching this one. perhaps?

Nope. It's just constant lies wrapped up in a black box, stuffed inside a black box inside an evil eye ... supposedly. I kid. Going into this proposed four-pack of Blumhouse television presentations, I had the bar set a little higher than most due to the production studio's history of producing at the very least watchable movies. So far, you can say Blumhouse/Amazon are 0-3 at the plate.

Sarita Choudhury is an accomplished actor and is better in every other film except for this one. You never quite tie yourself to her story, which involves the well-being of her daughter (Sunita Mani), who could be dating Mr. Wrong (Omar Maskati), as in someone who made mom's life a tragedy decades before. Or it could all be in her head. No one is supposed to know, but you do pretty early on, which I don't think is the intent of the filmmakers.

There are few surprises or anything much worth following here. Every movie doesn't leave a dent or imprint on you, but a little entertainment value shouldn't be too much to ask for. I am sure there was a trace of engaging theater placed somewhere in this film, but I didn't find it.

A late scene between two characters will surely make you add the live commentary such as, "Oh please, just hit him in the head with that frying pan already." There was some unintentional laughter on my part.

Outside of Choudhury, who works overtime to make something out of the weak script, no one in the cast resonates or is memorable. In the end, you're just glad for it to be over. There could be a solid movie out there about the evil eye and dangerous reincarnations, but this definitely isn't it.

Saying it's like a TV movie can be misleading, because so many movies are released on a streaming network these days. But a movie fan should expect more quality from something with the Blumhouse name behind it.

I'd skip this one and go watch "The Invisible Man" again. That one got the job done in a big way. 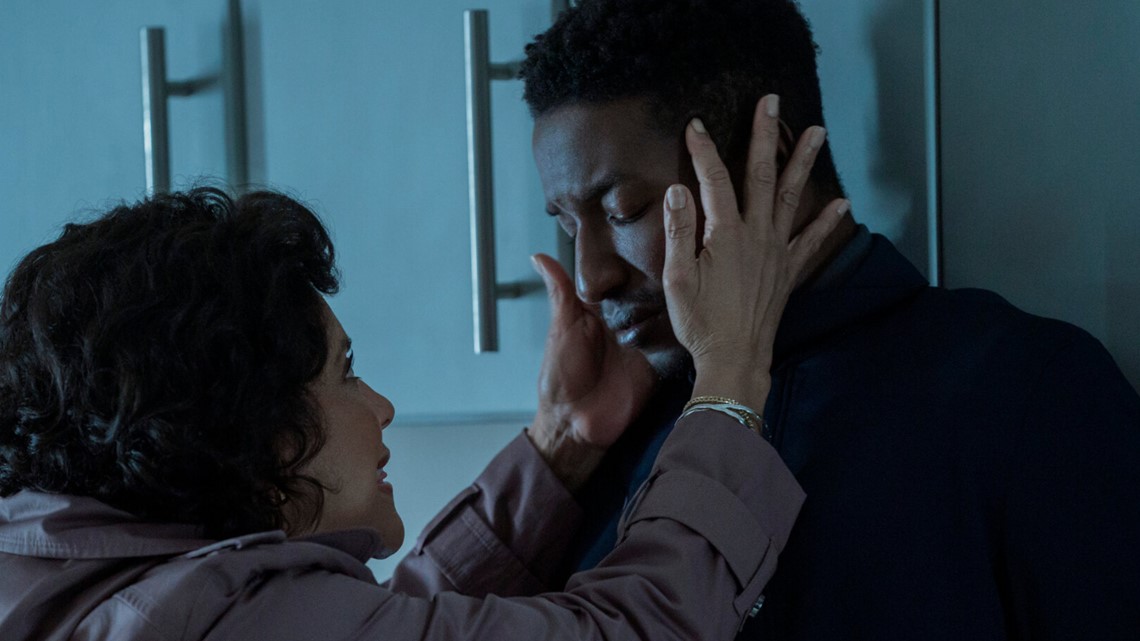 Review | Why 'Black Box' is another Blumhouse swing and miss with Amazon
A single father reeling from the loss of his wife while dealing with hardcore amnesia is an intriguing setup, but this film fell apart midway. ST. LOUIS - A great setup in the movies can always give a film that much-needed push into the mind of an audience.