Chris Hemsworth gives a commanding performance in this hardcore stunt-driven action film from the team that gave you the best Marvel movies.

ST. LOUIS — Tyler Rake (Chris Hemsworth) is the kind of tough guy who wakes up from an afternoon snooze, takes a pull from his beer, and proceeds to jump hundreds of feet off a cliff down to the bottom of a river for a little wake-up meditation. The truth is something is eating away at Tyler, serving as a catalyst for him to take unnecessary and highly dangerous risks. Even for a deadly mercenary, Tyler likes to take things to the extreme.

The same goes for Tyler's story, "Extraction," which is also Sam Hargrave's directorial debut. The Marvel stunt coordinating maestro is behind the camera here and lends a healthy dosage of his persona to this visceral action thriller with just enough drama and heart attached to the exhausting experience.

The action comes hard and fast when Tyler takes on his latest mission: rescuing the kidnapped son of an Indian drug kingpin. With rival gangsters and posses going after the same mark, a teenager named Ovi Mahajan (Rudhraksh Jaiswal), Tyler is a man apart for the majority of the film trying to keep him safe. He uses whatever gun or explosives he can get his hands on, along with his versatile array of martial arts.

Hargrave bonded quickly with Hemsworth on "The Avengers" movies, where he doubled for Chris Evans but made a connection with the son of Odin and the directors, The Russo Brothers. It's Joe Russo's adaptation of a novel, "Giudad," that serves as the fuel that Hargrave's debut runs on-but it's the stunt veteran's expertise in stunt choreography that powers the film to its conclusion, which feels like a sprint mixed with some rugby for just under two hours.

This whole thing doesn't work without Hemsworth, who continues to prove his competence outside the super-powered arena of filmmaking. There are surely a couple superhuman aspects to Tyler, but he bleeds a lot here and takes a beating while continuing to move forward in the name of doing the right thing.

There's just something irresistibly charismatic and convincing about Hemsworth in a wounded man of action role; you just get it right away. There's no uploading time required for his conviction. This is Hemsworth's first true action vehicle, and he rocks it. It's full immersion here, as the actor performs most of the hard-hitting stunts and is able to switch tempos to an emotional state rather quickly. There are a few gripping moments between Tyler and Ovi, and none of it is forced.

Hemsworth has some game teammates here, starting with Jaiswal, who is a relative newcomer in my realm of film viewing. He isn't just a feeble passenger to the chaos here, as the young man is forced into the foray in creative ways that fuel the story. He gets downtime with Hemsworth, and the two create something special as unlikely allies. The indispensable David Harbour steals a few scenes as an old friend of Tyler, and Golshifteh Farahani kills a few scenes as Tyler's eyes and ears on the ground. Hargrave even gets to have some fun himself in a small role.

Here's a name to keep some focus on: Randeep Hooda. He makes a dent here as a fellow gunman with a motive who gets in Tyler's way, as least long enough for the two to engage in one of the best knife fights since Keanu Reeves and Common raged war on the streets of Italy a few years ago in "John Wick: Chapter 2."

Hargrave owes a little to "Wick" director Chad Stahelski, who doubled for Reeves in "The Matrix" and stunted for many years before getting the huge opportunity to climb behind the camera for an action trilogy that will define the genre for the next 20-30 years. There's a fair amount of "Wick Fu" in "Extraction," especially in the way Tyler likes to record his kills.

Come to think of it, Hargrave's film has the heart of a Tony Scott film with the action wizardry of a "John Wick" adventure. Tyler shares more than a few things in common with Reeves' suit-wearing avenger, including a lack of use for long monologues and being very hard to kill. But there's also a lot of his backstory and motive that reminds me of Denzel Washington's John Creasy in the late Scott's "Man on Fire." Each man has a cross bigger to bear than most, and they are taking the biggest risks in order to do good, no matter how much war it wages on their body and soul.

I think that's a winning combination for most films, but especially for Hargrave's movie. It helps to have such a vibrantly alive location like India to stage a grand action spectacle inside of. The movies haven't ventured over to Dhaka just yet, so "Extraction" taps into that for the first time, finding many dividends. The cities used add to the intensity of the thriller, squeezing the characters inside this beautiful landscape like a coliseum with endless intrigue.

Location is just one of the elements that helps the film stand apart. It wants to add another texture or element to the usual "race against the clock, shoot everything in my path" action genre product and it succeeds. There's genuine character development and welcome slow down moments. But when there's a need for truly well done authentically-crafted action sequences, Hargrave brings a level of action that is large scale and relentless.

Once again, Hemsworth is the key. He's a lot more than Thor, I'll promise you that. As he showed in Ron Howard's "Rush," Michael Mann's "Blackhat," and especially Nicolai Fuglsig's "12 Strong," he easily brings the stoic bravado to an action hero role. Here, in "Extraction" though, he proves there's definitely something more there to be discovered. He invests Tyler with more than a shield of heroic muscular armor; there's pathos located in this performance. This is the Chris Hemsworth role you've been waiting for.

Believe me when I tell you this isn't a drama. "Extraction" is a pedal-to-the-medal thrill ride that is brutal and relentless at times while mixing in genuine soulful moments. It's an action lovers dream. The ones who crave real stunts, real explosions, and real stakes for the characters. It's a unique beast but one with a home: the entertainment department. Thank Sam Hargrave and his team for this delightful cinematic grenade.

It's on Netflix this Friday. I highly recommend it. 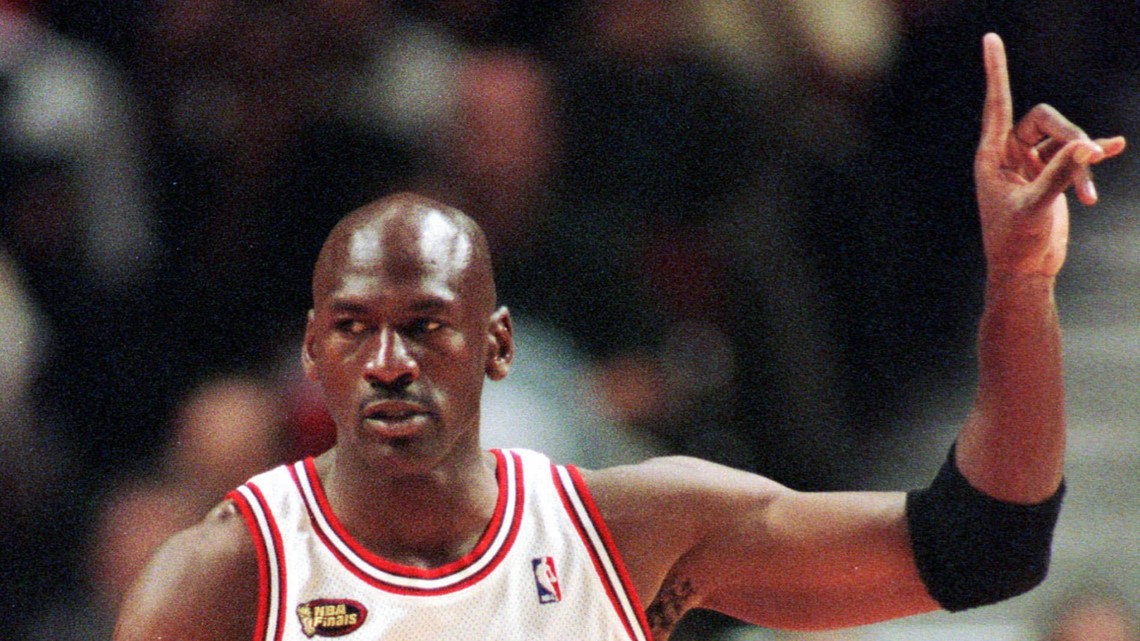 Review | 'The Last Dance' makes for highly compelling and addicting television
Great documentaries make old news brand new and invigorating again. The Chicago Bulls ESPN docu-series is proof of that. 1998. The Chicago Bulls. A dynasty for the ages. Jordan, Pippen, Jackson, Rodman. Those are the simple ingredients for ESPN's thrilling new docuseries "The Last Dance," which kicked off its 10-episode run on Sunday night.