Review | 'Fatman' is the bonkers Christmas thriller that we definitely need, yet probably don't deserve

Mel Gibson is Santa Claus. Walton Goggins is the hitman hired to kill him. Can good old jolly Chris get the job done before his ultimate showdown?

ST. LOUIS — "Do you think I got this job because I'm fat and jolly?"

Santa Claus screams at the hitman standing in front of him with a rifle. There are some movies that are so incredibly well-timed that they are better than they really should be.

A glorious mashup of what we think of Christmas, twisted into a wildly funny and entertaining action comedy. "Fatman" takes place in a world where Chris Kringle (Mel Gibson), aka Santa, does exist and may have a government-contracted job holding the fate of his "business" together. Marianne Jean-Baptiste makes for a lovely and resourceful Mrs. Santa, and Walton Goggins is the hitman-hired by a young kid whose gift of coal was not well received-gunning for Santa's head.

All of that is legit the plot and completely bonkers. And Eshom and Ian Nelms's film was designed to be crazy and well aware of it. Those are the kind of movies that are in short supply these days. You know, the ones that seemed to have broken out of a wild concept laboratory and found its way to audiences. A screenplay and story that didn't seem factory-made and wasn't devoid of emotion on the doorstep. "Fatman" exists in a universe where cinematic visionaries can run amok, free to dream up wicked setups that may seem familiar, yet have a big fat curveball passing through soon.

There's more to The Nelms brothers' flick, but I'd rather not tell you about too much of it. The best parts of this film are packed with dry ice humor like Gibson's Santa lifting up a huge skid packed with product and telling the soldiers nearby, "Eh, steroids." The genuine humor mixes very well with the realistic action sequences. The guns do go blazing here with a couple of solid fist fights tossed in for good measure, and it all looks and sounds terrific.

But when you see Goggins' seemingly cold-blooded assassin making a pitstop for his pet hamster in route to a job, there's a comedic thread that never calls attention to itself, but never stops making you laugh. There's confidence in the writing, and also an innate desire to forget about what people care or think about it. The Nelms brothers are all about unlocking that inner geek and mixing a few flavors together to make a fresh serving of holiday pleasure. Action that "John Wick" could respect, and humor that is a fine mix between The Coen Brothers and Wes Anderson, with a dose of Tarantino added later.

All of it thrives due to Gibson. Back in the saddle again and looking like he's having more fun than ever, Gibson gives the film a versatile array of support. First and foremost, people forget how great of an actor he was and still can be. He elevates the material with his weathered raspy voice and a facet forms behind the words. It's good to see him get a role that actually means something and gives him space to work.

Jean-Baptiste matches Gibson, scene by scene. They make a lovely couple who are quite formidable, and still very much in love. It's not 100% sexual; these two people live and die with each other, and the two actors really gave it their all. It's not robotic or a supplemental device for the main plot, but a registered heartbeat that aids the zaniness of the story. I'd love a sequel just to see Gibson and Jean-Baptiste trade chirps and doting signs of affection for two more hours.

Goggins is the secret ingredient. He can play a good bad guy in his sleep by now, but he gives "The Skinny Man" something extra. There's pain in this killer's spine, and it's connected to Gibson's Chris. This gives their ultimate showdown-and it's a doozy-some extra power late in the game. Goggins can do it all, and he can flip a decent script into hard-boiled comedic gospel in a paragraph. While he stopped to get a cage for his hamster, Goggins' killer is held up by a pet lover trying to match him with a reptile. His remark can't be printed here, but it's got a real zing due to the actor's delivery.

The film doesn't overstay its welcome, and delivers the big action bang that it teases the entire movie. Up until the big shootout, though, an authentic story was built with characters who had multiple dimensions. That way, when the guns go off and the fists fly, the emotional connection is leather-strong.

If you need a distraction from the November political overload, "Fatman" is a great way to spend two hours with a movie. It's funny, entertaining, action-packed in the right spots, and leaves you wanting a little more time with these characters.

That's a job well done, Eshom and Ian Nelms. What a different film that completely stocked the cinema tree. I will now sit and wait with blood-soaked pulpy longing while these two cook up their next idea. 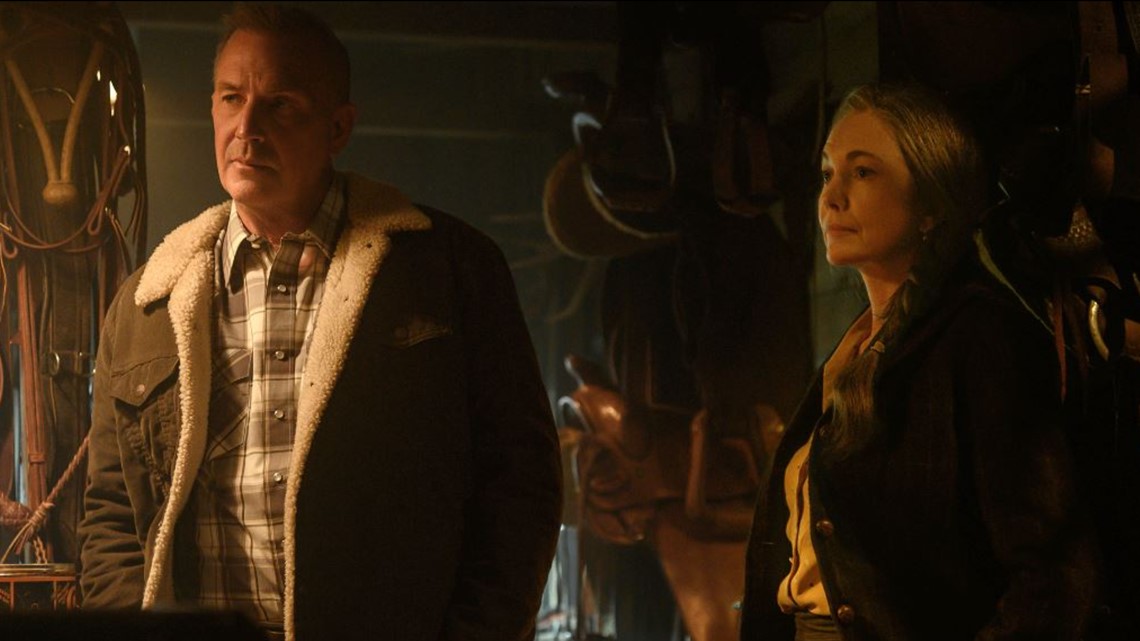 'Let Him Go' Review | Kevin Costner and Diane Lane shine in the somber yet highly effective thriller
A little Kevin Costner goes a long way in this tense yet patient and heartfelt old fashioned tale that carried a Western vibe. ST. LOUIS - As my wife said before we hit play on his new movie, "If there is one thing that can get my attention off the election, it's Kevin Costner."