You've been hearing a lot about this mystery flick in the awards race, but is it a great film, or merely a good one?

ST. LOUIS — Two weary travelers start a bakery in the woods, with hopes of tasting the American Dream. Does that sound like something you'd be interested in?

Kelly Reichardt's "First Cow" paints an early picture of bareboned survival, a look that gave me different ideas about the plot and where it was going. We meet John Magaro's Cookie, a provision specialist in a group of fur trappers, and instantly soak in the fact that he isn't where he belongs. It's only when Cookie meets and saves a Chinese immigrant, King-Lu (Orion Lee), that his life starts to change. Hence the bakery idea.

Let me address something first before I go further: "First Cow" is NOT what you think it is. Far from it. The poster, depicting a cow on a transport float, gives you the idea it could be a wild concoction involving escaped farm animals who must get to a pageant before the end of the week. A "Minari" spin-off, perhaps?

The two awards seasons films share a thing or two in common. The American Dream hustle for individuals that have the odds stacked against them, and an earnest film that expresses all the nuance and heartbreak in the little things. Each documents families of different makeups trying to survive on their own terms.

While Lee Issac Chung's film is a legit Oscar contender, "First Cow" is not. A good film with solid morals and something to say just didn't make a big enough impact for me. It's a painfully slow-moving film, and the tone was all over the place in certain parts of the film. You grasped the idea of two poor guys forming the most unlikely friendship and business relationship, but it really didn't hit as hard as I suspected upon hitting play.

Reichardt's film is getting lots of awards attention, and in certain areas I can see it. Chris Blauvelt's cinematography and April Napier's costume design is superior to most films in 2020, but the story and overall execution of the screenplay--based on Jonathan Raymond's book, co-written by the director and novelist --didn't scream award worthy.

Magaro and Lee give fine performances, and Toby Jones has a significant role as the only man in town who actually owns a home, as well as the precious cow in question. I appreciated the humor that this film discovered in uncomfortable places, and there's an intriguing connection between the first and last scene which should connect.

Bottom Line: Do I recommend the film? Yes. There's enough merit here to take up two hours of your time. The film is unusual and effective overall. But I just don't see the Oscar hype, especially Best Picture and Best Director. In a surprisingly crowded year, "First Cow" doesn't take the top prize.

That's my take, and I am sticking to it. Go see for yourself, though. "First Cow" is currently available, with a subscription, on the following streaming networks: Hulu, Amazon Prime, Showtime, and Sling TV. 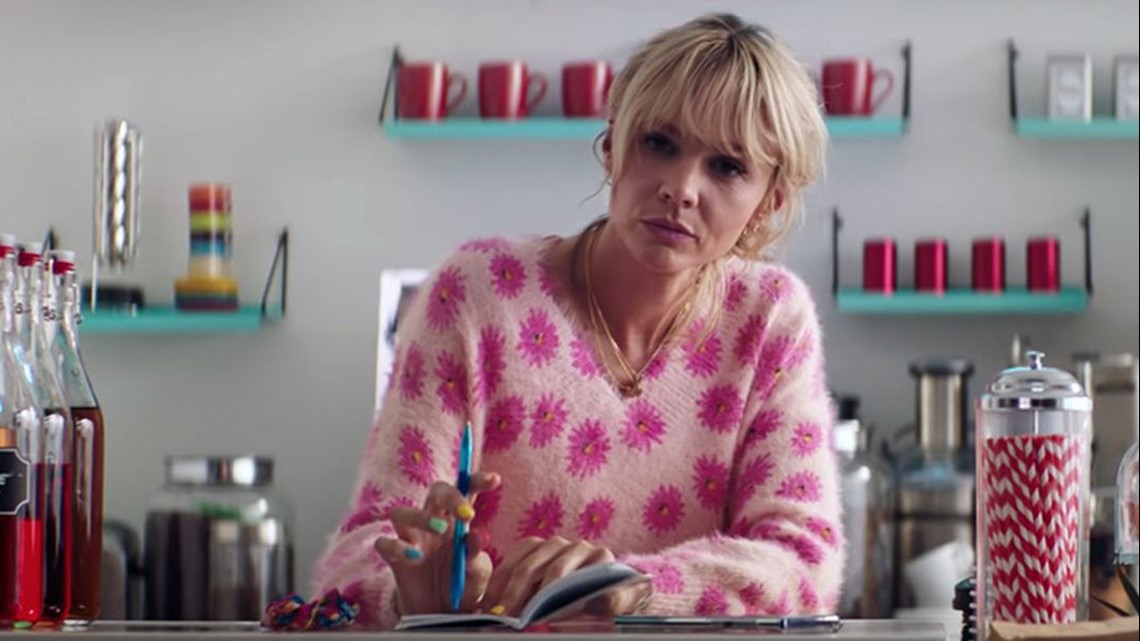 'Promising Young Woman' Review | Superhero film in disguise is a jaw-dropping stunner
Carey Mulligan is a sinister soul taking down bad men, but this isn't your normal revenge flick ST. LOUIS - Midway through "Promising Young Woman," Cassandra (Carey Mulligan) is putting on makeup. As she finishes applying her lipstick, the urge to wipe it across her face, akin to The Joker, rushes over her.