This tongue-in-cheek yet violent thriller is entertaining, funny, and shows the ultimate funnyman Vaughn shining in a multi-faceted role.

ST. LOUIS — Some films just want you to turn the brain off and have a good time. As John McClane once said, come on out and have a few laughs.

"Freaky," directed and co-written by Christopher Landon, does exactly that over a quick 95 minutes that involves plenty of tongue-in-cheek horror comedy humor. That's where filmmakers break out all the clichés and have some fun with their effect on the audience. Jump scares, slow camera pans, dumb teenagers doing all the wrong things, and the mean teacher who doesn't believe the student when they tell him a killer is on the loose. All of that and a bucket of extras take place here, and I liked the goods.

I won't write for weeks about "Freaky," or go into too much detail on how Vince Vaughn is an abnormally tall man with a very unique running motion, but I laughed quite a lot at Landon's film and appreciated the easy-to-please jokes that are in store for you this weekend. A little late for Halloween, but still required in a year where comedy should be all hands on deck, "Freaky" will take your mind off the noise going on outside the theater.

The setup is simple. Vaughn plays the Blissfield Butcher, carving up four teens in a mansion right as the credits finish. When he targets Millie (Kathryn Newton, in her best role yet) after a Friday night high school football game-using a knife with some supernatural abilities-the two inadvertently switch bodies. All of a sudden, Millie may look like a young woman, but she's got the killer inside. Vaughn is now stuck inside a teenage girl's body.

Wearing a twisted and deformed Jason-type mask, Vaughn immediately convinces as a villain who doesn't mess around when it comes to cold-blooded killing-but my gosh is he a hoot as the body-swapped high schooler. Don't sleep on his work here, because it's ingenious.

He's the kind of performer who needs material that allows him to stretch his comedic talents. This is a role that equally challenges and sets Vaughn loose at the same time. It's committed work that will unfortunately be missed with many theaters closed and the pandemic showing zero signs of slowing down.

Newton matches him beat for beat, tapping into the shy yet smart and loving young woman. Like Vaughn, though, she thrives even more when she can go against type. Seeing that devilish look in her eyes as her doting mother tries to talk to her (too bad it's not really HER!), Newton really stands out here. There have been good roles on her resume thus far, but "Freaky" proves her talent gap is much wider.

Landon and co-writer Michael Kennedy take "Scream" and flip the table over, spilling every horror film trope and device into the movie with opportunistic glee. The filmmaker did quite well with "Happy Death Day" a couple years back. They aren't reinventing the method of filmmaking here, but tweaking an overstuffed genre is a nice fall diversion. As Vaughn's famous "Swingers" character would say, these two are so money-but I think they know it.

Is it perfect and something you NEED to go to the theater and see? Debatable.

But if you want to head out and see a flick, this is a great date film with a signature final scene. It's funny, quick, entertaining, and features a couple lead performances that go the extra mile, all in the name of turning your frown upside down.

"Freaky" is playing *in theaters only* this weekend. 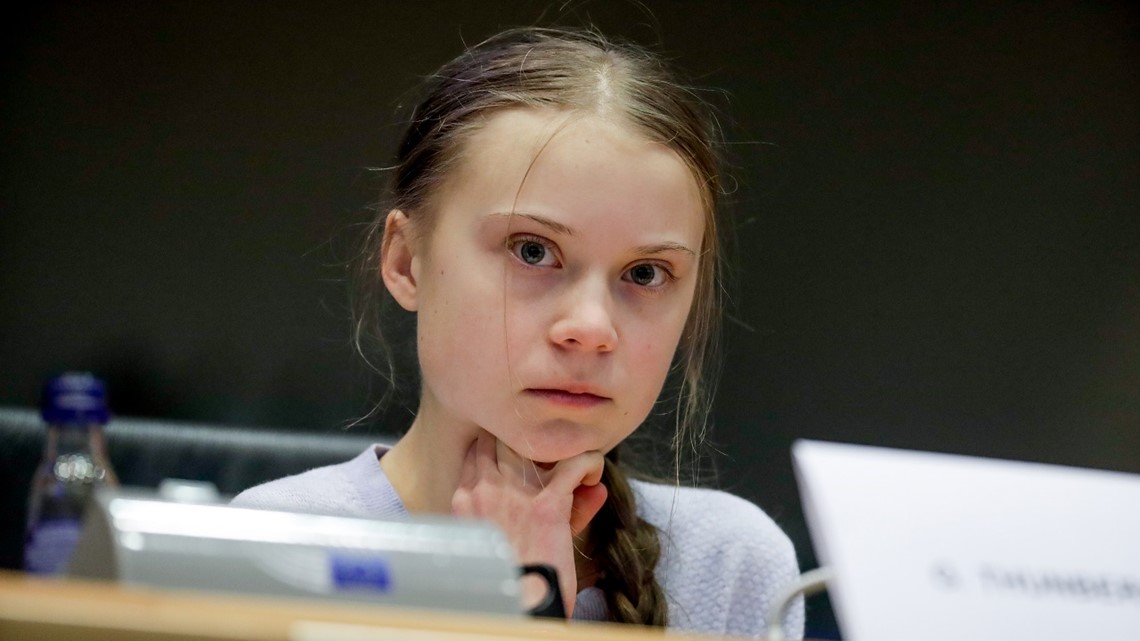 'I Am Greta' Review | Climate change documentary is intelligent and to the point, like its central heroine
A 15-year-old Swedish girl travels from coast to coast on a wind-powered boat to inform the world about a global catastrophe. True story. ST. LOUIS - Greta Thunberg can see a threat on the horizon, so she is sounding the alarm as loud as a 15-year-old girl can.