'Half Brothers' Review | Half-baked comedy tries to get serious about immigration, failing miserably

If you've seen any polar opposite buddy comedies, you've seen this better than this new film. Dan Buffa has his full review right here.

ST. LOUIS — Drama and comedy are not easy to mix on film. You either lean too far into one and completely forget about the other, or it's simply a bad mix.

"Half Brothers," directed by Luke Greenfield, is a firm example of this notion in both cases. A film that wants to say something about the horrors of immigration, while also trying to exist as a buddy comedy. Borrowing heavily from a playbook including "Planes, Trains, and Automobiles" and "Due Date," Greenfield's film falls flat. It's not funny and shouldn't be taken seriously.

The script, put together by Jason Shuman and Eduardo Cisneros, is chock full of Mexican/American stereotypes, and very bad ones at that. The story, constructed by Ali LeRoi and Cisneros, throws two grown men (Luis Gerardo Mendez and Connor Del Rio) together on a road trip set up by their father. The goal is for the two men to come together, learn why their dad did what he did after coming to America decades ago, and possibly elicit some jokes along the way.

Little of it works. It's an endless array of "Mexicans do this, Americans do that" for 90 minutes, with predictable story beats being thrown in along the way. At first, Mendez's highly successful businessman can't stand Rio's free-spirited loner, but by the end of the film, the two will bond and come closer to one another.

The two leads do what they can with the script, putting together laughs when possible and trying to give some life to a script that belonged in the trash can. If you want to say something about immigration, make a drama. If you want to make a buddy film about learning to love someone you don't yet understand, lean into that. Do both and it better be sharp.

"Half Brothers" is not sharp, borrowing from much funnier and better-composed comedies that came before it, and barely registering with its more serious tone. Mendez, a big star in Mexico who keeps finding himself in mediocre American films, has charm and energy, but is buried by the dialogue. Rio, who looks like Seth Green's long lost brother, tries to nail the eccentric misfit who can't find a real home in life, but little of it registers.

This is the movie where the fake beards are way too noticeable, the jokes are seen from a mile away, and even the actors start to look bored by the end of the film. As an audience member, you keep waiting for something outrageous to knock the familiar out of its doldrums, but the thrilling scene never takes place.

Bottom Line: Fun in fleeting moments yet highly derivative, "Half Brothers" isn't a complete waste of time-but it's clumsily written and doesn't really have anything new to say about its central dilemma. Even worse, it's not that funny. 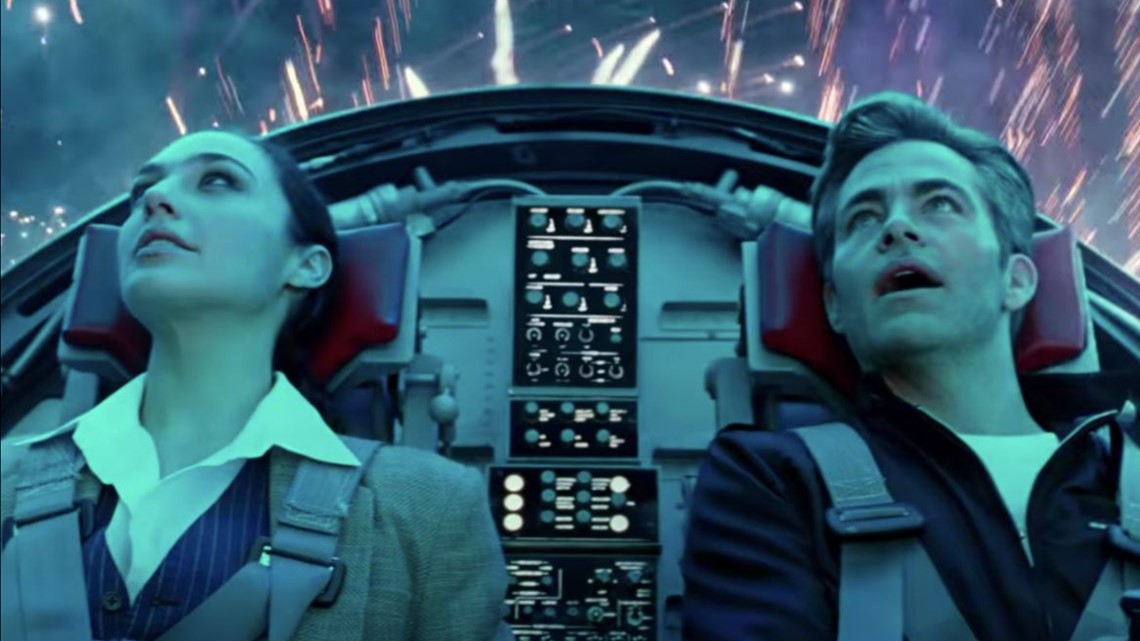 5 things to know about Warner Brothers launching their entire 2021 film slate on HBO Max
HBO Max subscribers will get to watch "Wonder Woman: 1984," "Dune", and "Matrix 4" at the same time as movie theater consumers in 2021. ST. LOUIS - Warner Brothers caused a seismic shift in the film industry today, announcing that their entire 2021 film slate-releases such as "Dune," "Judas and The Black Messiah," and "The Suicide Squad"-will be released all at once in theaters and digitally on HBO Max.