This may all look familiar, but the 'Marvelous Mrs. Maisel' star, along with pinpoint vivid direction, hits completely different-and in a good way.

ST. LOUIS — Imagine your husband walking through the front door with a baby. But not just any baby, this kid belonged to someone else first. But he's yours until the next end, wherever that'll be.

This is life for Jean (Rachel Brosnahan) as we meet her in the early going of "I'm Your Woman," Julia Hart's thrillingly alive new drama. This is the road movie that I wasn't quite ready for, but was properly swept up by within minutes.

Certain movies carry a lived-in aesthetic. In other words, the way they look, sound, and blast off the screen at your eyes comes off as relative and authentic. We can understand and get into Jean's predicament, because we think we know her, and that's all Brosnahan working her magic once again.

To many, she is the entertaining yet heartfelt leading lady on Amazon's hit series, Amy Sherman-Pallidino's "The Marvelous Mrs. Maisel." A housewife turned standup comic, Brosnahan carries the show on her shoulders. I recognize her from Peter Berg's "Patriots Day," where she played Jessica Kensky, a real-life survivor of the Boston Marathon bombing. To some entertainment fans, she is Rachel Posner, the ill-fated reporter on Netflix's "House of Cards."

"I'm Your Woman" paints Brosnahan as a different kind of housewife. Here, she is the wife of a low level gangster named Eddie (Bill Heck, very good in a tiny part that looms over the movie) who is forced to go on the run after her husband betrays his partners. We don't get all the details up front, but it's bad. Bad enough that Jean has to leave home and get on the road immediately with the mysterious yet warm-hearted Cal (Arinze Kene) to avoid capture, death, or worse. When you are the pretty young wife of a notorious bad egg, every gun in town wants their pound of flesh. Toss a baby in your arms 99% of the time, and the road trip just gets tougher.

Part of the thrill of Hart's slow-moving yet always insightful and entertaining film is using what you think you know about crime thrillers, and having it turned on its head. Characters may start as predictable in their actions, but they surprise you as the film starts to age. When we first meet Jean, she looks like someone who is running to stand still, a trapped woman who doesn't want to be a robot any longer (Eddie won't even let her drive a car). By the end, she's somebody and I would say someone who is highly unpredictable.

There's mystery to Jean, and it's due to the wicked combination of good acting and writing. Hart and Jordan Horowitz's script has a few different speeds, all enjoyable. This is like "Breaking Bad" if it were flipped to a female, and spun back into the 1970's with a killer soundtrack. Be prepared to sing some Aretha Franklin after the credits roll here, because music and score both carry a paddle in moving the story along. A classic Aretha track is the backbone of a key scene at a diner between Brosnahan and Kene.

Two strangers feeling each other's past out, Jean comes clean to her new protector, a man who has a few secrets and some anger of his own. You may think you know what Hart's film is about and where it's headed, but there's an ace up this flick's sleeve. Right when you think the movie is veering into familiar land, a fresh jolt of a connection or plot twist puts the heavy foot back on the gas pedal. When Cal's family (Marsha Stephanie Baker, Frankie Faison, and De'Mauri Parks) shows up midway, the film takes a different shade, not shape, as it turns the corner towards its resolution.

There isn't a lot of action in the film, but when Hart does decide to show us some gunplay, it's startling and effective. I admired the way in which a lot of the shooting and killing takes place off screen, which only adds more life to the humanistic, and most important, story thread at the center. That's about women turning their life around, deciding that men shouldn't control them any longer. "I'm Your Woman" is a 2021 film disguised as a 2020 release, as in it's a hopeful film that should lift a few spirits while riveting the senses.

In this movie, the action only stops for introspective dialogue, and even the occasional warm embrace between two characters, strangers who find a way to make something out of the worst possible situation. This movie was atmospheric, quietly intense, and touching in unexpected yet highly earned ways.

While Brosnahan stands out, the whole cast gives dedicated performances. Kene can make a personality up out of scrap, quickly imbuing Cal with a soft-spoken yet firm trust. Faison, so good on "The Wire" and "Banshee," gives any screenplay an extra kick. Every single word he says seems like it had marinated overnight. Baker is fierce, commanding the screen with her gaze alone. She sees a fellow lost soul in Jean, and takes the woman under her wing.

But I must give a shout-out to the twin boys who portray Harry, the baby that upends Jean's world. Brosnahan develops such a thick and worn kinship with Jameson and Justin Charles, that you never doubt for a second they belong together until the end. This isn't just a baby being in a movie; this is a performance being given by a baby. And a very fine performance at that.

The film is stuffed with authenticity, and that gives Hart's film a real edge that pays off in the end. What some see as too slow or not enough in a movie, I see very appealing. There's a lot going on in this movie, and it's always thinking.

Any time of the year needs that at the movies, but December is a fine place for it to land. Go check it out, and then watch "Promising Young Woman" on Christmas. That's a killer combo if 2020 ever had one.

Seriously though, I will now sing Aretha Franklin's "(You Made Me Feel Like) A Natural Woman" a different way (Ah-ooo!), and I'm cool with that. 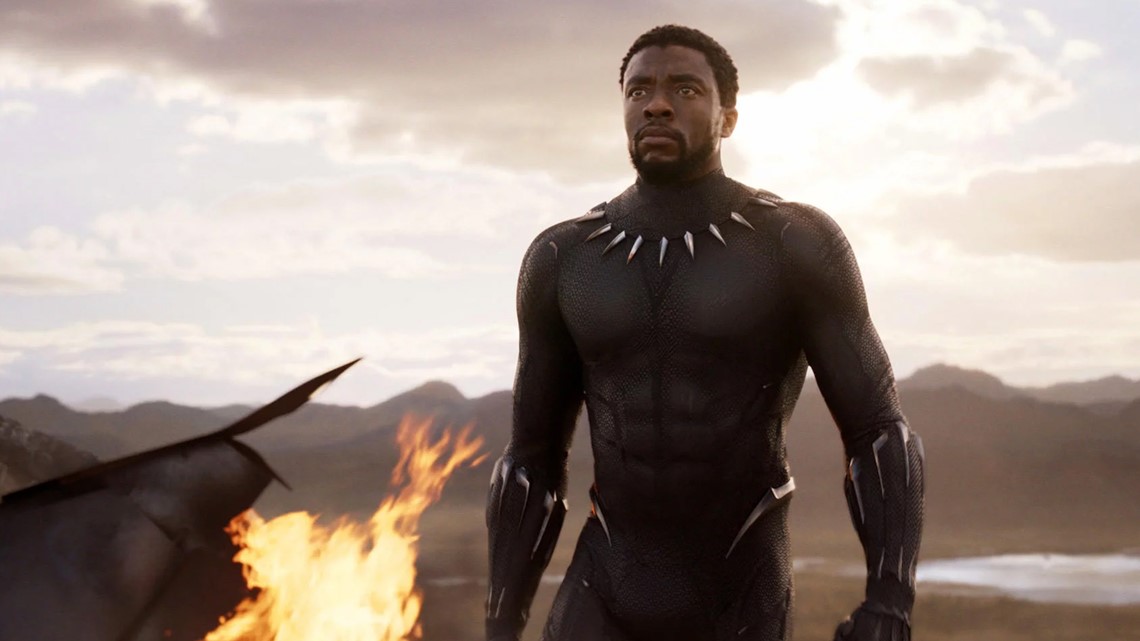 Buffa's Buffet: Marvel choosing not to recast Chadwick Boseman is their best decision yet
Boseman passed away in August, and Marvel CEO Kevin Feige confirmed this week that he will not be recast in "Black Panther 2" ST. LOUIS - Sometimes, studios can get greedy or just stop caring about their consumers.