While Shaka King's film has good moments and another fine Kaluuya performance, it tried to pack 2-3 individual stories into a single film, crowding its focus.

ST. LOUIS — Fred Hampton (Daniel Kaluuya) was a 21-year-old revolutionary who saw purpose as a higher power than mere old age. The chairman of the Black Panther Party in Chicago, Hampton always found himself in the crosshairs of trouble and danger, but his cause never wavered.

I found "Judas and the Black Messiah," the story detailing the betrayal of Hampton by thief-turned-FBI informant, Bill O'Neal (LaKeith Stanfield), to waver too often in multiple directions, lessening its eventual impact. While I understand the film is split between two points of views (hence the title), I just couldn't help but find O'Neal's story more mundane and less powerful than Hampton's exploits. For large chunks of the film, we get the same old familiar story of how a felon had no choice but to do what the FBI agent (Jesse Plemons, everywhere right now) told him, which was to infiltrate Hampton's group and feed information to J. Edgar Hoover (Martin Sheen, trying to give a performance through terrible prosthetic and makeup work). If you made the wrong kind of noise back then, when wars and racial divide was already ripping through America, the government would simply shut you down or try to slow you down.

Shaka King's movie (which he co-wrote with Will Berson) makes a lot of noise and carries big ambition, but everything didn't resonate in the end. Part of the reason for that is a heavily shifting tone that couldn't decide where it wanted to sit for two thirds of the running time. You'd get the overwrought and screeching score hitting you when the film's action intensified, and then shift back to O'Neal and his FBI handler playing moral games. Soon after, the music is toned down when Hampton starts to fall in love with Dominique Fishback's Deborah Johnson, a young woman who falls for the leader's words, but isn't afraid to question his moral judgement and goals with those same words.

I wanted more time with Hampton and Johnson, a couple who thankfully slowed the movie down and gave it some wings. Kaluuya and Fishback were so natural together, getting in tune with their dialogue while locking each other with their eyes. When the story would shift to Stanfield's desperate middle man being pulled in opposite directions-understanding how confined a jail cell can be while slowly believing in Hampton's cause-the movie lost a few mph on its fastball. Lil Rel Howery shows up for an all-too-short part. At times, I felt like I just needed the film to slow down.

However, the biggest problem with King's movie is that it bites off way more than it can chew for a running time that's already over two hours long. By trying to tell Hampton's story and O'Neal's side of it at the same time, the movie gets stretched way too thin to punch harder than a normal biopic would. Clarity of focus is everything when you are retelling history, and I think King's big time ambition got lost in the fray of trying to tell two meaningful stories in one film. Instead of staying too long, I felt like the time here was simply used improperly. A docu-series or one epic documentary could have told the entire tale more succinctly. I get why they did it, but the follow-through fell short of greatness.

Kaluuya makes this movie worth a look though. He pours every ounce of heart and soul into his portrayal of Hampton, who spent a fair portion of time in jail, often for the actions of his followers, who pushed for change and equality due to his passion. His performance makes you want more time with him. He is the magnetic one here. Nobody else can hold a candle to his work in the film. If any element of "Judas and the Black Messiah" is award-worthy, it's Kaluuya.

The film's construction and its screenplay/story, which included four different sets of hands, hinders King's ambition here. Watching the film, you could hear multiple voices in the room trying to tell the audience what the focus of the film should be. I would have rather seen individual films about Hampton/Johnson and O'Neal/FBI instead of one big Hail Mary toss to the end zone.

I'll say this. The final 20 minutes, where the authorities raid Hampton's residence, guns blazing, and the chilling coda that follows, is very well-filmed and hits harder than anything that came before it. Do yourself a favor and don't read up on the real life details until after the movie finishes. It'll be more startling that way. I just wish the rest of the film had that kind of focus and power. A good film, but that's all it is unfortunately. It should have been more.

Bottom Line: "Judas and the Black Messiah" had an electrifying trailer and a game cast, but the narrative construction and its lack of execution kept it from greatness. 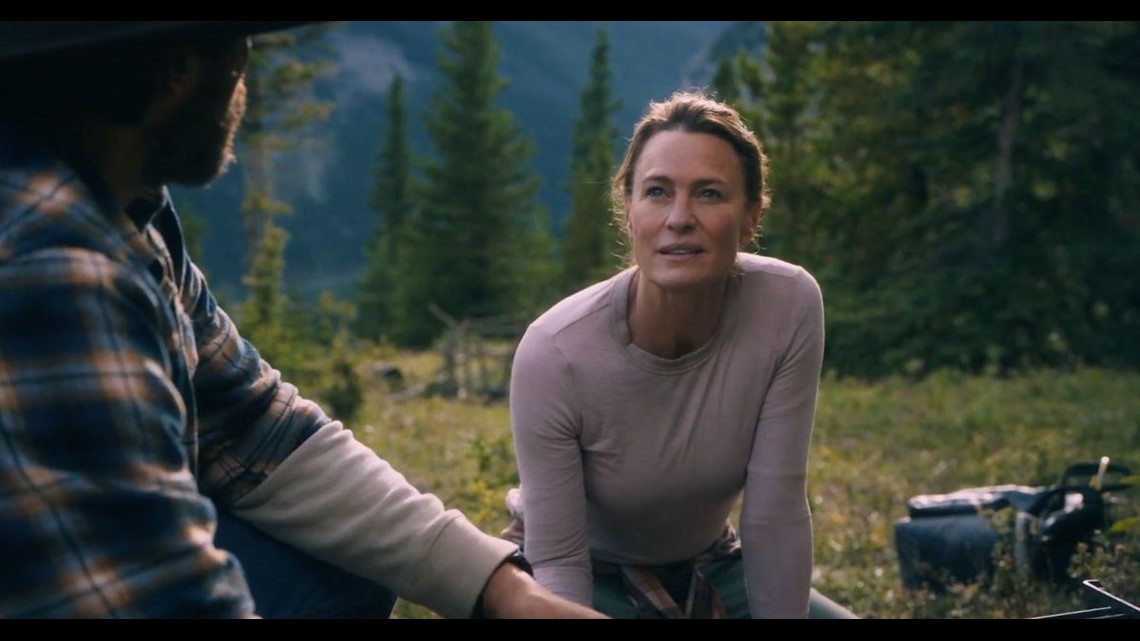 'Land' Review | Robin Wright's soulful debut manages to be hopeful and honest about grief
The longtime actress makes her directorial debut in a film about a woman resetting her life by getting off the grid in the mountains of Wyoming. ST. LOUIS - Grief strikes in unpredictable ways, like a knife just suddenly choosing to stab into your leg on a random Tuesday.