Hunnam's work in the bare-knuckle drama exceeds even his performance on "Sons of Anarchy." It's that good. He carries the film.

ST. LOUIS — "Jungleland" is a movie that feels like a dirty sweater at the bottom of the laundry basket. The twisted fabric of the sleeves feels like adventures and times were had inside. I love movies like that. It's one of the things Max Winkler's hard-nosed drama truly has going for it.

The other is a never better Charlie Hunnam. This is the best work he's done yet. While you know him as Jax Teller on "Sons of Anarchy" and various other film parts, you will soon know him as the ultimate hustler, Stanley Kaminsky.

Stanley and his younger brother, the soft-spoken bare-knuckle fighting Lion (Jack O'Connell), are tough luck drifters who are faced with two options at the onset of Winkler's film: Face the wrath of local criminal, Pepper (a splendid cameo from the white hot Jonathan Majors), or accept an offer to fight in a tournament on the other side of the country. Along with the chance to make big money, Stanley and Lion have to escort the young Sky (Jessica Barden) to Reno first. Let's just say she's a runaway who can knit and dissect a man's past and future inside a couple of days. Her presence pits the brothers, loyal yet at odds with each other, against each other on the road to "Jungleland."

This isn't a perfect film. There are a few moments that don't land right and the sports film clichés do abound. The film needed a big ending to bring the story home-and that's just what happened. Coupled with a beautiful Bruce Springsteen cover of "Dream Baby Dream," the final scene of Winkler's film packs a real punch emotionally and ties the film together in understated fashion. That happens due to the easy-going grace of brotherly love between Hunnam and O'Connell.

The two actors form a phenomenal tandem of rage, destiny, and passion. Stanley dreams about California and easier living for him and Lion, the quiet yet fierce little brother who has marched to his big brother's beat for all 25 years of his life. Left alone at an early age, survival is all these two know, and it makes for a thought-provoking road film. There's something addictive about cinematic underdogs scraping by on poor decisions and bad timing, constantly being knocked to the canvas by circumstantial frailty. Stanley loves his brother, perhaps a little too much. The push/pull mechanism existing between the brothers is merely greased and oiled by the arrival of Sky, who wakes Lion up. Some of it is familiar, borrowed from earlier works and stories-but the finished product is polished and powerful.

O'Connell, so good in Angelina Jolie's "Unbroken," thrives here as a young man with deadly fists yet a very warm heart. The fact that all three actors are British and pull off Eastern USA accents and never come off as fake is remarkable in a story that has more downtime than bloody knuckles battles. In "Jungleland," that's a huge plus. When the fighting and sometimes shooting occurs, you are taken aback. After the smoke clears, the character building continues. Screenplays have to do this and this one-written by Theodore Bressman, David Branson Smith, and Winkler-does it to the tilt. Some of the little details surrounding the lives of these three unlikely allies is rich and connects to later events in the film if you have both eyes open.

Credit Barden with giving the film a good flexible moral compass for the gents to measure their futures against. It isn't like Sky is perfect or devoid of problems-quite the opposite, as she proves perilous at times in the cross country journey-but she is the first opposition that this brother facade has faced in decades. Her presence heats up the film's plot, and the actress is terrific in the role. She has the least to work with screenplay wise and structure related, but what she creates is divine and gives the film a backbone.

"Jungleland" is just shy of 86 minutes of actual screen time, and doesn't waste a second. The film's lived-in feel matches the overall tone and sound of the film, creating an authentic aesthetic. I liked the fact that the film didn't tie neat bows and ribbons in the end, allowing the characters to exist in a safe bubble. People are stabbed, punched repeatedly, tortured, and there are some gruesome aspects to the film. Wait for a great small part from John Cullum late in the film's third act. But all of it is earned by the acting and story construction.

Great music choice and the Springsteen track, coupled with the Kaminsky brothers' journey and Sky, makes the final moment of the film sing. The ending is subtle yet abrupt, in the exact way a great film should leave you: restless and wanting more time with the characters. Does it have some extra romantic seasoning thrown in? A lot of love mixed in? Yes on both counts, but the true grit in Winkler's film leaves room for some heartfelt closure.

I can't say enough great things about Hunnam, who has been running from Teller's shadow ever since the FX show went off the air. While he has found success recently in "The Gentlemen" and "Triple Frontier," Winkler's film is a real big test that he passes with flying colors. It's a part that is more than just dialogue and physicality. Hunnam altered his appearance for the role, but he also creates a walk, wardrobe, idea, and ultimate existence of Stanley Kaminsky off a script. These roles will always be more fun to watch than actors playing real people. Actors are supposed to fool us, but in unexpected and pure ways. Hunnam's work in "Jungleland" is a triumph.

The film is quite the achievement. Where's the evidence? In an instance that happens maybe twice a year, I watched it twice inside 18 hours.

It's a real knockout of a film. 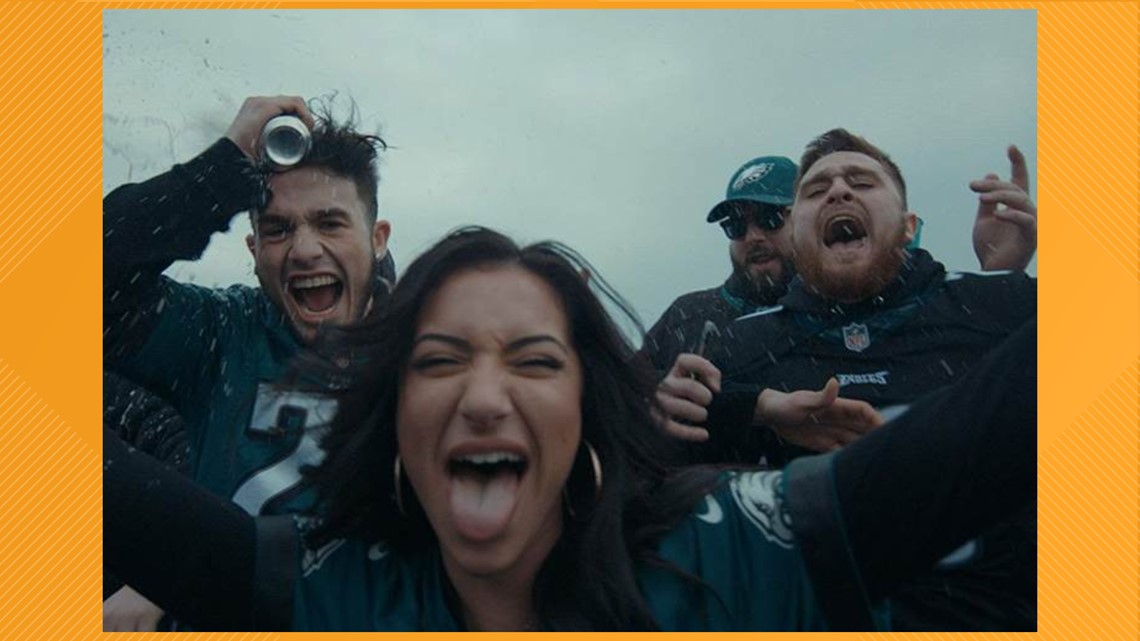 'Maybe Next Year' Review | Kyle Thrash's Philadelphia Eagles documentary is a fascinating, heartfelt film
St. Louis Blues fans should get a kick out of this sports doc, which chronicles the Eagles' first Super Bowl Championship in 2017. Thrilling film. ST. LOUIS - Sports fans are insufferable because at the end of the day, they suffer the most.