The longtime actress makes her directorial debut in a film about a woman resetting her life by getting off the grid in the mountains of Wyoming.
Author: Dan Buffa
Published: 5:11 PM CST February 10, 2021

ST. LOUIS — Grief strikes in unpredictable ways, like a knife just suddenly choosing to stab into your leg on a random Tuesday. Edee (Robin Wright) decides to take her personal grief, reeling from the worst kind of loss, and head off to the mountains of Wyoming. Off the grid and ready to strip every piece of herself away, she inadvertently makes with a connection with a fellow lost soul in Miguel (Demian Bichir).

That's all you need to know about Wright's directorial debut, "Land," a film that moves and breathes like a cork slowly coming out of a bottle of wine. For a very lean 89-minute film, this journey walks down a similar path as previous life rehab tours, sharing a few notes with Chloe Zhao's award darling, "Nomadland." Edee and Frances McDormand's Fern would probably get along, eventually at least.

The actress claims a spot as a director to keep a firm eye on. Her vision behind the camera is exceptional for a first-time filmmaker. Everything comes off organically and without too much pushing. Edee isn't trying to save herself from the pain out in the woods. She simply doesn't care to answer all the questions. Whenever tragedy knocks at your door, friends and neighbors rush in like bees on a hive, wanting to elicit that good person vibe and get details for the next block gossip meeting. It's as human of a thing as finding every possible way to stay warm in the cold, dark night when you're off the grid.

Wright doesn't bat an eye or pull a curtain in showing Edee's plight, as a city girl must experience in order to be one with the forest. From nearly freezing to death in a heatless cabin to staring down a big bear, she walks over all the "living out here for the first time" coals. Edee's interactions with Miguel form the film's best and most patient moments.

When two characters similar in age and without previous connection come together in a film, one immediately assumes romance will following. But these two are detached from the romantic side of living. They used all their coins up at the arcade on the first love, so there isn't much to go off. While a good, warm hug is always helpful, their soul needs the warmer blanket. I appreciated the way Wright and Bichir chased after that notion in "Land."

It's the longtime supporting actor getting a bigger slice of cake here who truly stands out. It's Wright's show, but Bichir is one heck of a form of electricity to keep the lights on throughout. He has an effortless grace, one that permeated through George Clooney's "The Midnight Sky." He can give a line of dialogue a monologue's weight in gold. There is a moment near the end of the film, a scene that you will be waiting for, that just hits so hard. Bichir and Wright carry it like pros. We feel everything from their past, even the more harsher details.

But the most impressive aspect of the film's construction, even slightly above the soulful script from Jesse Chatham and Erin Dignam, is the editing. The movie shows you just enough in its near-90 minutes. There's no excess fat here. In our recent interview (which will air live on Show Me St. Louis this week), Wright praised the editing team of Anne McCabe and Mikkel E.G. Nielsen.

"It was a Rubik's cube. We had all these scenes," Wright said. "Was it too long? Are you not engaged with this woman being alone on a mountain? It was the editors who made it move like a juggernaut, and you're still on this journey."

Great editing can make a movie with even the most noble of goals better. "Land" doesn't stay long, but it sure makes a dent. What helps is showing the gritty nuts and bolts of Edee's transformation. The tired attempts at wood-chopping, the end of world pleasure of a good fire at night, and the endless array of challenges aren't forgotten by Wright, McCabe, and Nielsen.

If there is something to mindful of, it's that Wright's film is not afraid to get grim about the way people deal with grief. It's hopeful yet honest about how someone reels from an incident, connects with others, and tries to keep going. I am glad she chose to be real about it all, instead of merely pleasing the audience. Filmmakers who care more about their characters than the artist take home the biggest prizes.

Robin Wright, after decades in the business with many accolades to show for it, has turned over a whole new leaf in her arsenal. Another strong female director is exactly the voice that Hollywood needs more of as 2021 moves forward.

"Land" is proof of that. 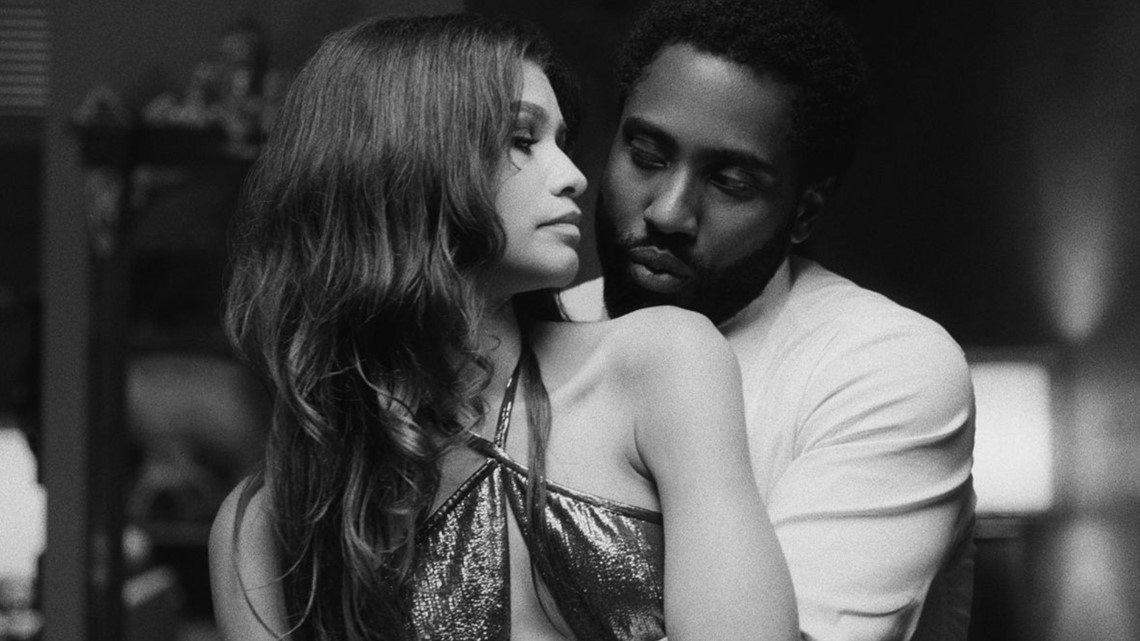 Review | 'Malcolm and Marie' is sexy and confident, but hard to get along with
John David Washington and Zendaya assert their big-time talent in this disassociated take on the endless rift between filmmakers and their critics. ST. LOUIS - A car quickly pulls up to a secluded yet beautifully modern home in the middle of nowhere.