A band unlike any other, Springsteen's E Street Band gets a fitting tribute in the new documentary, chronicling the making of their latest album.

The New Jersey rocker is 71 years old, and still hasn't tired of writing and performing music with his longtime bandmates. 45 years later, "Letter to You" takes us through the band's latest studio album as they record in the snowy hills of New Jersey. Ten songs that were partly written many decades ago, yet remain relevant as if they were conceived last week.

For 90 minutes, we are not only taken behind the scenes, but inside Springsteen's head and writing process. As the camera flies over the woods and trees outside the recording studio, the singer-songwriter talks about his first band, The Castiles, and how he is the only member from the group that is still alive. Mortality and experience run hand in hand with Springsteen's music, which sound like a poem taped outside a subway train speeding down a track after midnight. All of his lyrics come out like fireballs, blazing a new trail where at least a few stories exist inside of it. While I have only considered myself a casual fan of E Street Band, which still includes the likes of Patti Scialfa (Springsteen's wife of 29 years) and Max Weinberg.

There isn't a more hopeful yet bittersweet sign of loss around the band than seeing Clarence Clemons' song, Jake, shred it on the saxophone. That's the power of music, according to Springsteen. The body and voice may age, but the actual words and melodies simply do not. They take you to a place that feels equally magical and beautiful, dropping you off for three minutes of grace. One of the most powerful moments of "Letter to You" occurs during the recording of one of the new album's strongest tracks, "One Minute You're Here."

As the band and engineers listen to a recording of the song, you can see the tears flow down the cheek. A song about loss and its repercussions due to the love felt from that departed soul, you can feel the weight of the track. That period of time that lives as magical and sad in equal measures, like life itself. Springsteen never stops talking about that immovable thing: Life.

The past and present are equally measured here by the rocker; all of his songs seem to have one eye on the future and another keeping a watchful eye on what came before. You don't see many bands still at this "all for one, one for all" level of loyalty this late in the game. The E Street Band should give all of us hope that some great things don't die or go away.

Every good music-centric documentary should contain scenes from the recording studio where a song is being put together. Like a few different pieces finding a way to fit together, bandmates shoot around corrections and ideas. Some are stormy, others more rendered and refined, and are easier to land. Springsteen telling one soul to take it easy early on in a song, but heeding advice from the one and only Stevie Van Zandt about how to build momentum inside a track. It's a two-way street in this group when it comes to storytelling and song composition. The family aspect hasn't diminished after 45 years. The fan connection sure won't die any time soon either.

At the beginning and many times during the running time, Springsteen speaks directly to you, the listener, fan, and curious watcher. He informs you that this album is dedicated to those generous music souls who gave a piece of their life to the band. More than anything, "Letter to You" is a love letter to his diehard fans, and an introspective option for the wandering soul who clicks on this Apple TV+ documentary.

It's a phenomenal collection of images and moments from the making of an album by a band 45 years in the making with a singer dancing in the dark in his 70's. 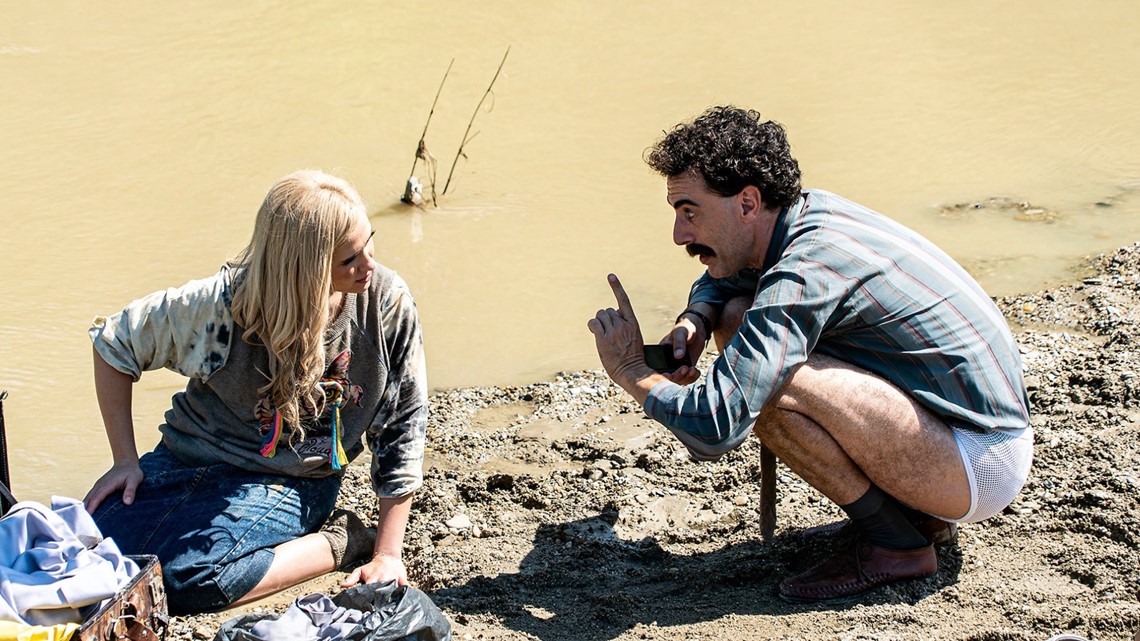 Review | 'Borat Subsequent Moviefilm' is fascinating and hilarious, outshining the original
The agent of chaos, Sacha Baron Cohen's Borat, is back and more dangerously funny than ever. Prepare for your jaw to hit the floor a lot. ST. LOUIS - Some things don't change. Back in 2006, Sacha Baron Cohen introduced movie audiences to a new kind of reporter: A crazy agent of chaos from Kazakhstan who called out every wrong thing going on in America.