If you've ever wondered what the life of a nomad was all about, you need to watch this beautifully hopeful film.

ST. LOUIS — Home is wherever you make it. While a house is a loud statement of residence on this rock, some see it as a confinement and limitation. They prefer the open road, handmade fire, and endless walks around parks, deserts, and whatever strip of land your van ends up on. The definition of a nomad is described as being a person who doesn't stay in one place for long, a wanderer of sorts whose community is mostly on wheels.

For Fern (Frances McDormand), it's the only way to live. Life's unkind nature has turned life's presumed greatest gifts into a sour place of respite for her. She lost her husband to illness and her entire town of Empire, Nevada to the Great Recession. Being a nomad has become her way of life, and it's the basis of Chloe Zhao's beautiful new film, "Nomadland," which is based on Jessica Bruder's novel.

I rarely call a film "beautiful", but that's exactly what Zhao's film is: a quietly powerful and poetic exploration of the open road, as seen through the resourceful, hard-working, and unapologetic Fern. She's our guide for two hours here, taking us from home to home, a metaphor that shifts easily and openly for her. Whether it's a seasonal gig at Amazon's warehouse or cooking fries at a fast food restaurant, Fern goes where the next gig awaits, where she will earn enough money to get her to the next spot. The only legit rent she pays to a piece of land is her attention.

When she's not working, Fern spends her nights on long walks without a destination and conversations with fellow travelers, such as Dave (David Strathairn, one of the few other real actors in the film) and Linda May. She is one of several non-actors that Zhao employs here to add a sense of realism to the film, and it pays off in a big way. People like the firm yet warm-hearted nomad-lifer Swankie add sweat equity to Zhao's film that helps the film punch a little harder. The patient film will settle around Fern and Swankie as they fix a flat tire, look at the latter's rock's collection, and audit their pasts. While the characters always seem to be on the move, the audience gets rooted in their survival and shared grace in experience. Survivalist stories are kettle corn for consumers, because it represents a way of life that is foreign to a moderate size of the population. But this film is something else. Wholly natural and walking to its own beat, you never sense a false step in Zhao's film, and that continues straight through the film's understated ending.

"Nomadland" is a bare-bones production in the best way, because nothing is wasted and everything, and by turn everybody, is brutally honest. Joshua James Richards's cinematography was composed mostly out of plain old natural light, or as Richards called it, "The Magic Hour: It's God's best light." What you see is what you get with Zhao's film, and that lends itself to the look and sound. Ludovico Einaudi's score is gorgeously rendered, never overstepping its boundaries and always giving the film an extra shade of organic alertness. I re-watched several parts of the film just to soak in James' camera view and Einaudi's music.

I love the fact that she made this film while she was getting prepped to shoot, or perhaps taking a break from shooting the much-larger Marvel production, "Eternals." A film that could take her from a nobody to somebody won't be as strong as her "Nomadland," a film she clearly gave some bone memory to. She wore multiple hats here, most likely due to the fact a great film often needs only one set of hands or eyes attached to its finish. Zhao wrote, directed, edited, and was a producer on this film. This is like Jon Favreau coming off the "Iron Man" movies to make "Chef." Totally controlled to total control. You can really hear Zhao's voice here.

Having a master among her peers in McDormand working at the top of her game sure helps. I loved everything that was unsaid in this movie, and a lot of it is anchored by this phenomenal actress. The unspoken character beats that require an actor to work with materials from scratch to tell us what's happening. Dialogue can be golden, but it can also serve as too quick of a route for the performer. A telepathic history collection, constructed out of expressions and voiceless reactions, can be fascinating. The entire world of the film develops faster here, compelling us to see longer and look deeper.

There's a lot of that in "Nomadland," and McDormand and Zhao make it all hit like a ton of bricks. The surroundings come alive and enhance the performances, recognizing the story more clearly and keeping the viewer intrigued. Some may say this movie is about nothing, or that nothing really happens. But a lot is happening if you're paying attention, just as so much happens in real life if you are quiet and keep looking. I loved the way Chloe and Frances delivered this vision. It's raw in the best way, bypassing the search of the meaning of life, more interested in where we choose to spend it-and how that decision holds the private design our personality.

McDormand embroiders herself into Fern's existence, which is merely a state of mind to this weary traveler. We see people come and go in her space, but we live with this woman for two hours. We survive with Fern, and McDormand makes it all feel electric. It's a captivating performance that ranks among the best of a very stellar career of personalities. Every role seems like a zip code of personality and emotion when McDormand plays in it. The rest of the cast is great, unflinchingly natural and rendered in reality, but the film belongs to and is fueled by this woman. Somehow, she continues to amaze us in her work. There's a poem read aloud near the end the film by Fern, and McDormand makes you believe it was written yesterday. Captivating doesn't even begin to describe it.

The same goes for the movie. "Nomadland" is a quietly powerful film that burns slow and honest, following the paths of previous introspective gems such as "Wild." The path where films rarely fade away, instead living on in our minds for a good while. Forget award worthy. "Nomadland" is simply a memorable film that should be revisited often whenever Hollywood's creative well runs dry-or completely shuts down. 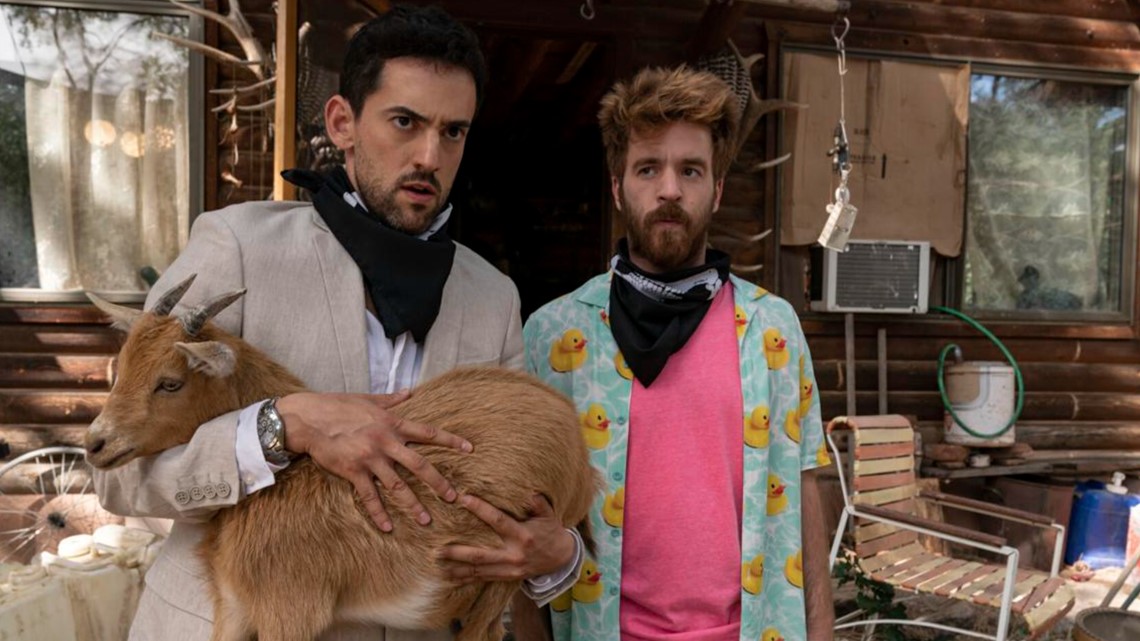 'Half Brothers' Review | Half-baked comedy tries to get serious about immigration, failing miserably
If you've seen any polar opposite buddy comedies, you've seen this better than this new film. Dan Buffa has his full review right here. ST. LOUIS - Drama and comedy are not easy to mix on film. You either lean too far into one and completely forget about the other, or it's simply a bad mix.