This science fiction/horror hybrid is something wicked, captivating and scaring equally.

ST. LOUIS — What if there was a way for you to infiltrate an innocent person's mind, so you could get them to kill someone close to them? Think “Inception” with less theatrics and direct action. But this isn't your normal brain hijacking, which makes "Possessor Uncut" a truly special science fiction/horror hybrid delight.

Now, delight isn't the first word someone would use about Brandon Cronenberg's latest, but there's something admirable about a filmmaker taking a concept and leaning into it. Imagine "Invasion of the Body Snatchers" and "Minority Report" being mixed with "The Matrix," and you have an idea of what's happening in this bizarre film.

In the first scene, a young woman jabs a narrow tubular metal piece into the top of her head, which helps Girder (Jennifer Jason Leigh) sync her actions up to the mothership, a brain-implant technology-powered organization that performs assassinations for the highest bidder. This involves inhabiting a person's skin and body to get close to the target, and no one is better at this than Tasya Vos (Andrea Riseborough). The top agent for the organization who can go deeper than most is starting to feel the weight of her successful missions, with her mind playing tricks on her and not allowing her to suppress violent memories. She takes you over, performs a terrible action, and escapes via a highly elaborate extraction method.

Cheers to Cronenberg for creating a world that doesn't look overly familiar, especially given the premise he fires things up with. Previous films have scratched the surface of what he's going after, but nobody has dared to get this close. The cerebral effects of "Possessor Uncut," which was previously just named "Possessor," reminded me of Alex Garland's 2018 mind trip, "Annihilation." These films play outside the bounds of normal science fiction-thriller blueprints, going into the long-term effects of multiple mind infiltrations. Riseborough has never gotten a role quite like this. The film lives or dies on her all-out dedication to the role of Tasya, someone who prefers to overpower you from the inside out.

It's her latest job-one involving the mind of Christopher Abbott's Colin Tate, whose girlfriend's dad, the powerful and wealthy John Parse (Sean Bean, being very Sean Bean-like, which is good), is the target. Everything goes wrong, and she becomes trapped in between the minds of her own and Colin's, a world she can't seem to shed. It sets up a nice ballet of sorts for Riseborough and Abbott, a gifted actor who doesn't need much dialogue due to the fact that his eyes can pierce right through you. He shined as the antagonist in the underseen, "Sweet Virginia," where he went head to head with Jon Bernthal's quiet, noble motel owner. Here, he is a man who didn't notice someone else slip down his throat while he was sleeping, a regular human being who didn't feel their brain needed more security.

Riseborough sinks her teeth into Tasya, a complex role that may leave you rooting for her survival, or cheering on her endless orbit into madness. She can speak in multiple ways, knows how to adapt her look for a role, and captures the noise that could flow through someone inhabiting minds for a living.

The film isn't for everyone. Heck, in one scene, a kid is involved in a startling action sequence, which only seems to be acceptable in edgy horror flicks. Luckily, Cronenberg is aiming for the wise minds of gore instead of the easy to please slasher colonies that pay up for any film promising a scare.

I can assure you that "Possessor Uncut" is something you haven't seen before. At the very least, this particular collection of thoughts and nightmares hasn't been presented this way previously.

If this movie is any indication, Cronenberg, like Sofia Coppola, will definitely not be living in the shadows of his father, David. He's more than up to the challenge of carving his own Hollywood legend. 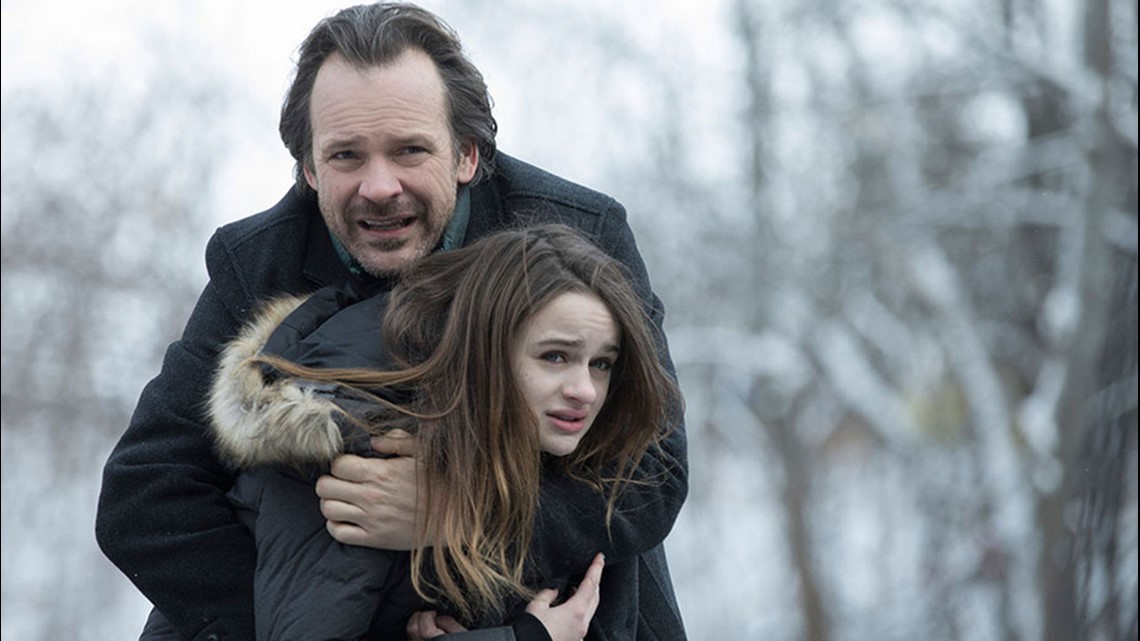 Review | 5 things to know about Blumhouse's Amazon Original, 'The Lie'
Some movies have a good opening, but fumble the ball with the rest of the movie. Is this new streaming film an example? Find out right here. ST. LOUIS - The things people do for their kids will scare you. Just ask the movies.