Jon Stevenson's "Rent-A-Pal" isn't afraid to ask all the uncomfortable questions about loneliness and mental health, creating a world that's hard to turn away from.

ST. LOUIS — David's (Brian Landis Folkins) life is what one could easily call a dreadful disappointment. A middle-aged single man taking care of his weary mother, who is deteriorating due to the advanced effects of dementia, David strives for any kind of connection when he's not taking care of mom. Scorned in sixth grade when his introverted soul took a big swing at romance, David has the kind of wounds that not only scar, but never really heal properly.

It's 1990 outside, so the temperature for attraction points in one direction: a video dating service. While he's looking for a woman in his life with the service, David finds a truer connection with Andy (Wil Wheaton), the host of a friend video named, "Rent-A-Pal." Imagine a VHS tape holding all the answers to your life's questions. Andy comforts David in a way that first dates simply can't stack up against. A best friend and a practitioner of a listener, Andy is always there. But what happens when Andy becomes something else, or as one would say, a little enraged?

Jon Stevenson wrote and directed "Rent-A-Pal," a film that digs into some of the familiar yet endlessly intriguing hazards associated with mental disease. This is Stevenson's, a jack of all trades in the film game, directorial debut. When David goes out with a woman from his dating service, he begins to fight with Andy over attention. On the surface level, it could be taken as a pair of best friends loudly debating their lack of time spent hanging. But if you dig deeper, there's something else more sinister at work in Stevenson's film.

He's not afraid to let David's tale drift into the absurd and disturbing hallways of psychological breaks and the long-term effects of severe trauma. I don't want to spoil a beautifully acted sequence midway through the film, where David berates and then quickly soothes his ailing mother back from shock. Jimmy Weber's score does get set on cruise control at times, but it can switch gears beautifully to evoke compassion in a moment. Weber's music here has many shades, but the brightest pale comes in the slower moments of a movie about a man going mad.

If there's a true gift in the cast here, it's Wheaton. Talk about an actor finding the role of a lifetime. He's no longer just the young kid from Rob Reiner's soulful adaptation of Stephen King's "Stand by Me" or a journeyman television actor-but a real player in the game after this turn. As Andy, the proverbial host of this aged-out fantasy where someone sits in a chair listening to a stranger's troubles as if it was for real, Wheaton knows how to tweak our senses into wondering how much of what we are seeing is actually real.

I don't think Stevenson's game means to play tricks with us, but there's more than a few memorable exchanges where David (Folkins is a talent to keep an eye on) is arguing with a laughing Andy while real people are in the room watching. At first, you start to wonder long and hard before giving way to the actual enjoyment of the scene. This film is bizarre, but in a way that I wanted and expected. I didn't look for a lovely romance in this film's trailer and poster; I preferred a bad romance with some out-of-mind actions.

A lot of "Rent-A-Pal" and its finale, you won't exactly be surprised by, but that doesn't make it a bad film. It's a well-done familiar one, packed with good performances and a tone that hinges on despair and agony playing out in slow motion. I was drawn to David's world, but I didn't want to stay for too long. The closer you looked, the harder it was to pull away. You don't have to break the mold on films, but character development and acting talent can blend something you've seen into something also known as fresh.

Jon Stevenson's "Rent-A-Pal" isn't afraid to ask all the uncomfortable questions about loneliness and mental health. It's willing to go there in themes that are both practical and inspired, taking place in a nearly forgotten world (Blockbuster video stores on every corner!).

At just under 110 minutes, the film doesn't waste much time and never stops leaning into it. I can respect that and recommend that you watch it. Friends come in all shapes and sizes, but the rewards can sometimes be dangerous. A hidden side of a soul is awoken suddenly, unsure of how to live in this newly adopted world. The consequences come a lot faster when your grip on reality is faint at best.

I'd advise you to slip "Rent-A-Pal" into your weekend plans player, taking a ride on the bizarre train that will never stop provoking thought. 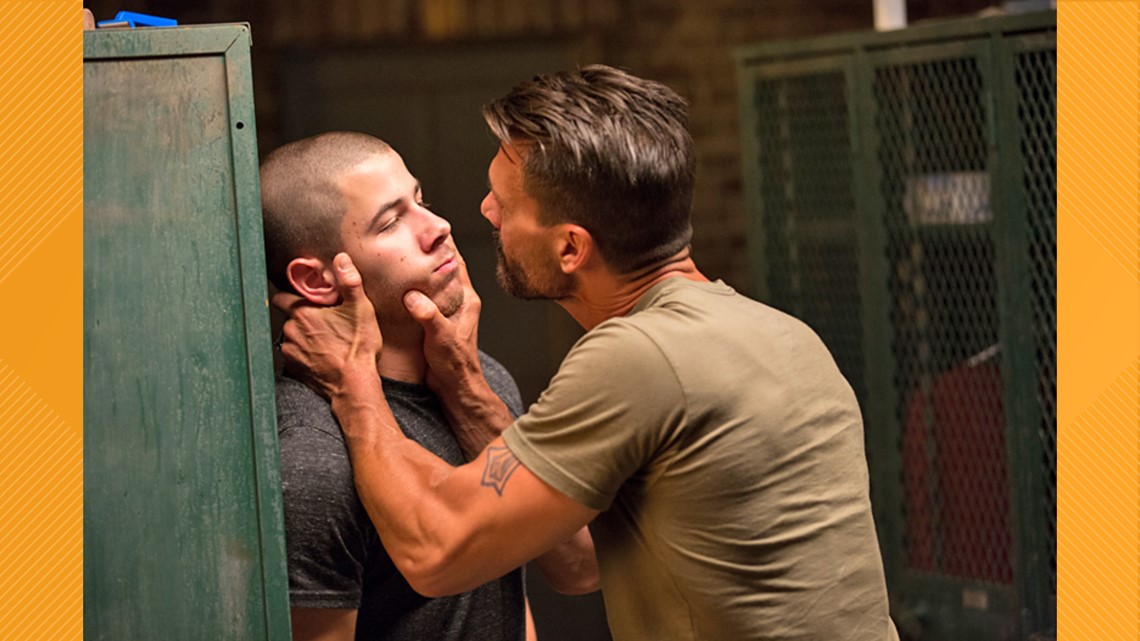