Eisenberg performs well with a French accent and there are some potent moments, but overall this war film dots the I's and crosses the T's of its genre.

ST. LOUIS — World War II films are a dime a dozen these days, making you wonder how many juicy stories are left from the multi-faceted war that eventually led to triumph yet tarnished and affected so many generations. Writer-director Jonathan Jakubowicz found a different thread with his new film, "Resistance," but didn't necessarily apply the proper amount of polish to make it stand out.

Jesse Eisenberg stars as Marcel Mangel, whom history buffs will know as Marcel Marceau, the legendary mime who constructed a wonderful career and lived until 2007. But many don't know before he entertained people, Mangel helped save thousands of lives, most notably Jewish orphans. In the heart of Germany's reign, a man who could ease minds and sweeten nights without his voice led the charge by joining the French Resistance.

Jakubowicz, along with cinematographer M.I. Litten-Menz, finds a few signature shots amid the grainy steel colors that often were found during such turbulent times. Whether it's the urgency of an action sequence or a well-lit night mood on a scene, or an energetic yet sad chase through the French Alps, this movie has its moments where it seems to be covering new terrain.

The film does keep its scope fastened on the young helpless children who saw their world explode due to political overtures and overbearing dictatorship. It's hard to not elicit emotion when kids are placed in harms way, and I'll give the film credit for raising the tension during a handful of scenes.

But much of "Resistance" seems arbitrary, like a biopic touching all the bases while dotting the I's and crossing the T's of a war flick. 2008's "Defiance," told a similar story about Jewish brothers (Daniel Craig and Liev Schreiber) leading the rebellion against Germany with Russian allies in the forest and mountains. Edward Zwick, a maverick when it came to war films and high stakes action, added an ounce of artistry to that film that Jakubowicz can't touch. There's a "it's fine and all" feeling I got from the film as the credits rolled.

Eisenberg acquits himself well in the role, doing enough good with the accent to outweigh the bad or overwrought. He fits the role to a tee, look wise, and excels in the dramatic scenes. Right when you think Mark Zuckerberg is going to pop out of that hat, Eisenberg finds another speed or layer and makes it all work.

The rest of the big name cast isn't seen that often, with Oliver Martinez (who worked with the director on his other big feature, "Hands of Stone") and Ed Harris being relegated to very small roles. Clemence Posey is decent as a woman who plays a key role in Mangel's plan and

The real standout here who I'll be thinking about later on this year is Matthias Schweighhofer. The German actor plays the notorious Nazi officer, Klaus Barbie, someone who put more Jews in the ground than most officers during the war. He is the main heavy here, someone who seems to brush shoulders with a victim and takes all the life inside of their body right there and then. With perfect hair and imperfect skin with some scar stretch to it, Schweighofer strikes a cord here as a cold-blooded killer who had a family at home.

For those of you wondering who this guy is even though he has 76 credits on IMDB, he's mostly worked-and performed very well-in his native Germany and elsewhere overseas. Like Danish actor Roland Moller, who struck U.S. soil gold with 2018's post-World War II film "Land of Mine," American audiences could be seeing more of Schweighofer when the world of make believe starts rolling camera again.

Here's the thing. "Resistance" is a passable war film that didn't punch as hard as I thought it would. The action was okay and the built-up drama was noticeable, but the takeaway power just isn't there. Performances like Schweighofer give it some staying power, and Eisenberg acquitted himself well in a difficult role.

But as I find myself processing the film in my head, I don't see a film that will haunt me or stick with me for weeks or months.

Jonathan Jakubowicz found a new point of view of the war and did a well enough job without sticking the landing completely. 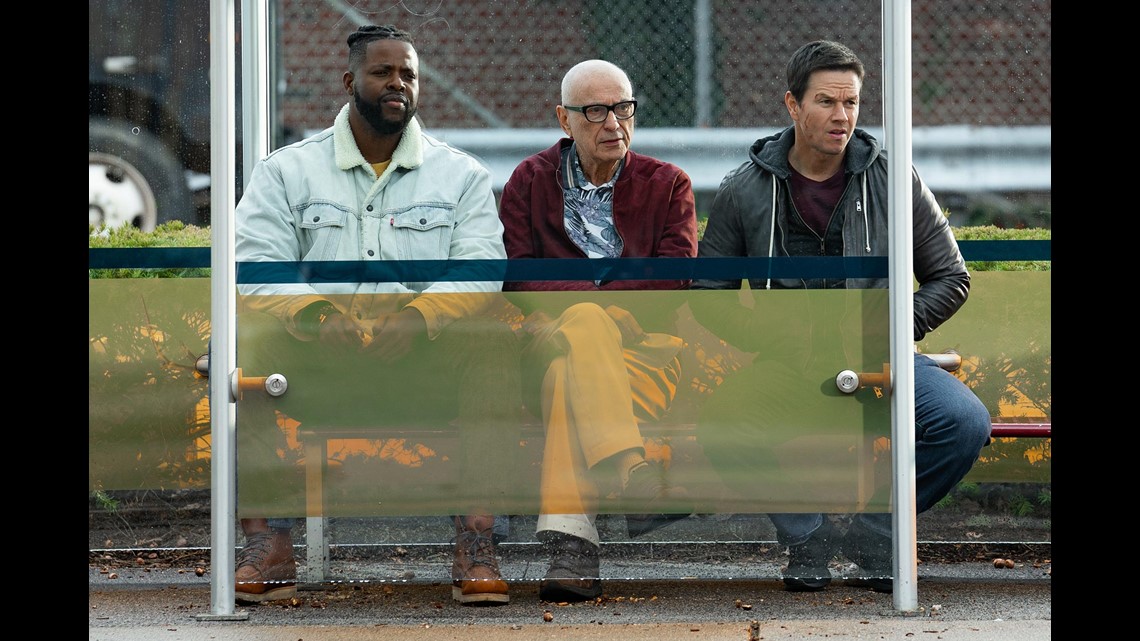 Why 'Spenser Confidential' is the quintessential Netflix movie
ST. LOUIS - Spenser (Mark Wahlberg) has a good heart and a mean punch, but he can never get the two to merge on a healthy road. The right thing and Spencer just don't get on the same page.