One of Matthew McConaughey's most brilliant performances was overlooked back in 2011.

ST. LOUIS — "Your Eyes Hurt."-Dottie (Juno Temple) to Joe (Matthew McConaughey) as the two find themselves brought together in a plot.

McConaughey gives the performance of the year. People remember "Dallas Buyers Club" and not this essential heel role. Memorable performances arrive when you know no other actor could have played that role as good as the actor.

He owns a movie with a great cast doing solid work, but he is the reason to watch the movie. An Oscar worthy performance. Part comical, part sinister, and all together precise and calm, McConaughey sets the screen on fire in one particular interrogation scene that ranks as the best moment on screen all year. Questioning two people who owe him an explanation, McConaughey and Gina Gershon have a severely hilarious and horrific confrontation about the greatest thing on earth that happens to be quite painful: the truth.

Being a fan, this is the kind of performance you want him to tackle and he does with complete authority. You want your preferred actors to go after risky juicy roles. It's a challenging role because McConaughey plays the role completely cool where other actors may have overplayed it or simply tried to chew scenery. Joe Cooper isn't an evil; just one with a particular skill set and decency to accompany his actions.

Thomas Haden Church offers the dry wit of a dim man caught in a bad situation, Emile Hirsch gives a lived-in performance, and Juno Temple shows us that talent starts with the eyes. While the supporting cast is quality, this is McConaughey's movie. He steals every scene he is in. He's understated until he has to explode. In this movie, Killer Joe Cooper is the fuse.

The NC-17 is earned here, with graphic content of all kinds. William Friedkin creates a pulpy Texas twilight zone feel out of Tracy Letts' dark verbal playground, and hands the movie off to the actors. The screenplay, especially the dialogue, deserves award consideration. The back and forth dirty rotten scoundrel's conversations carry a fair ounce of poetic flow to them, and the writer deserves a nod for going all in here.

Bottom Line: All in all, a madly bizarre, yet original movie that promises an unpredictable urge to thrill. If you want something different and a dark yet funny ride, go see "Killer Joe." The movie moves quickly, contains memorable moments, the performance of the year, and an ending that leaves the audience with the task of tying the bow for themselves. 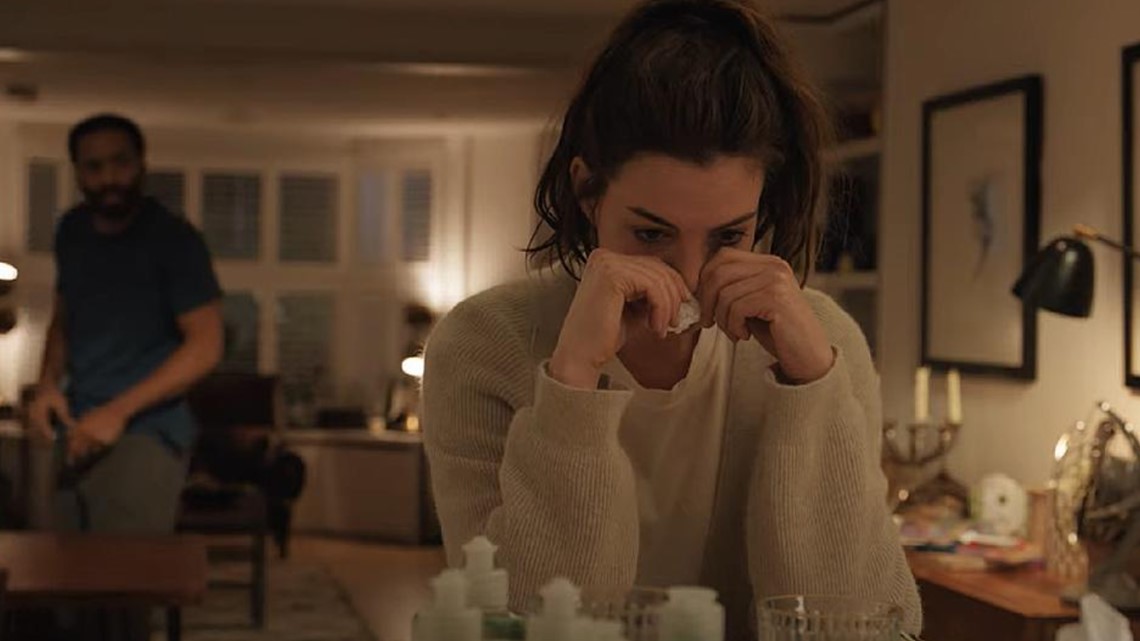 Review | 5 things to know about HBO Max's 'Locked Down'
Anne Hathaway and Chiwetel Ejiofor arguing for two hours in a London house during a pandemic. That's the gist of HBO Max's new original film. Here's my take. ST. LOUIS - The pandemic may have taken away plenty from Hollywood, including the ability to get a film or television series shot without delay or hiccups, as well as profit and promise.