Justin Benson and Aaron Moorhead's sci-fi thriller is everything Christopher Nolan's "Tenet" wanted to be, and it has a pulse and heart!

ST. LOUIS — Time is a constraint. No matter how you see it, the clock is always ticking, reminding us of our mortality and how long we may have left on this rock. Father Time is simply undefeated.

But it can also teach us a few things if we are paying attention, especially if there was a way to access parts of our past that remain unlocked and open for foraging.

In "Synchronic," a groundbreaking and rather brilliant new science fiction thriller from Justin Benson and Aaron Moorhead ("Endless Days"), Steven (Anthony Mackie) and Dennis (Jamie Dornan) are New Orleans paramedics who discover a series of gruesome and hard-to-explain deaths on the job while dealing with turbulent personal lives. There's a new drug on the streets (can you guess the name?), and it's killing young people.

But Steven has other things in his life trying to shorten his stay, and Dennis has a marriage on the verge of a breakdown. What they do have is each other to confess and lie to on the job, which helps form the dynamic of the film. Thankfully, the entire film and its 96 minute running time don't waste our time on evil dealers and an antagonist for the two men to square up against. No, this isn't "Project Power," which was fun but a very fleeting form of entertainment.

Here, the bad guy is a two-headed monster. Time teams up with the powerful drug to allow people an escape from reality, but it may not exactly be the dream land the person hopes for. What it unlocks connects not only to the individual's past, but our entire history as well. Steven takes it upon himself, for reasons that should be left to you to find in the theater, to figure out what "Synchronic" does to the brain and how he can put an end to it. When Dennis' daughter goes missing halfway in, the film kicks up a notch. But what comes before that is rich character development that doesn't give you all the answers right away.

This isn't your normal sci-fi thriller. "Synchronic" hit much harder than I expected. By that, I mean it really meant something and wasn't just a piece of entertainment to fulfill one's night moves. Benson and Moorhead are big fans of the concept and overall power of time, and its flow can be anything but linear. As a scientist explains to Steven, imagine if the drug was the needle on a record player and your life was the record. The filmmakers-Benson wrote the screenplay while Moorhead was the cinematographer-are interested in big theories and use the charcoal burnt landscape of Louisiana's rougher parts of New Orleans to bake their tale.

Everything isn't revealed right away. I love films that take their time setting up and establishing their ground rules, especially one as short as this one. The best cerebral thrillers don't give you a book in the first 30 minutes, instead choosing to layer the details and revelations into the film as the plot requests them. A particular sequence with Mackie testing out the drug is a riveting exploration that previous films couldn't touch. We sympathize and partially scream at these characters, and that's because we are invested to the tilt.

Mackie is so underrated. While many know him for his noble and wise-cracking Falcon in the Marvel movies, he's put together quite the resume in recent years. But Steven allows him to stretch in ways that weren't designed or drawn up before. While "The Banker" was a signature role for him, Mackie had a blueprint to follow there. Here, he builds this troubled character-one with enough baggage and remorse to fill another movie-from the inside out. And we fall for it, hook, line, and sinker. He's that good, especially in scenes towards the end.

What makes him great is that we trust him and instantly like him due to his previous film work. If an actor is careful and does it right, the choices they make can help influence and even broaden future roles. Since the masses loved his Sam from "The Avengers," you root for him here, even if Steven is making poor decisions.

It's about time people stop blaming Jamie Dornan for "Fifty Shades of Grey," a film that was an abomination the minute a green light was given. A solid Irish-bred actor before that loud and dumb trilogy of films, Dennis provides the actor with a role he can dig into. A great paramedic but an imperfect husband trying to be a good family man after seeing the daily horrors on the job, Dennis' life is held together by his 18-year-old daughter, Brianna (Ally Ioannides).

Dornan, rightfully bearded and disheveled, really digs into the role without chewing scenery or doing too much. That's not easy to do, but Dornan has the right makeup for the role. When you have a face that holds loads of conviction, the words and movements don't need to be so haywire. This film proves there's life after the 50th shade.

I'll be honest with you and admit I watched the ending to this film about six times. The final scene is heart-wrenching, soulful, and an emotional wrecking ball. It's 100% the payoff a film like this needs. All the questions aren't answered, but your heart will be full after the last image fades to black.

"Synchronic" was the film that Christopher Nolan's "Tenet" wanted to be. While the Brit's overloaded time-jumping thriller was able to reverse the flow of time, Benson and Moorhead have something more personal up their sleeve. An actual pulse! This film made you feel the brunt of the plot and emotional force by the end, while the bigger film did not. Jimmy Lavalle's score haunts the entire film, encapsulating the aesthetic, which keeps your eyeballs invested while the story works over the brain.

This is what I would call a small film with a big heart. It needs eyes. "Synchronic" snuck up on me, delivering an impact I didn't expect at all. It's a film I will revisit at least twice before Halloween shows up. It's that good.

The film arrives on Friday in theaters and on demand as well. It's one of the best films I've seen this year. 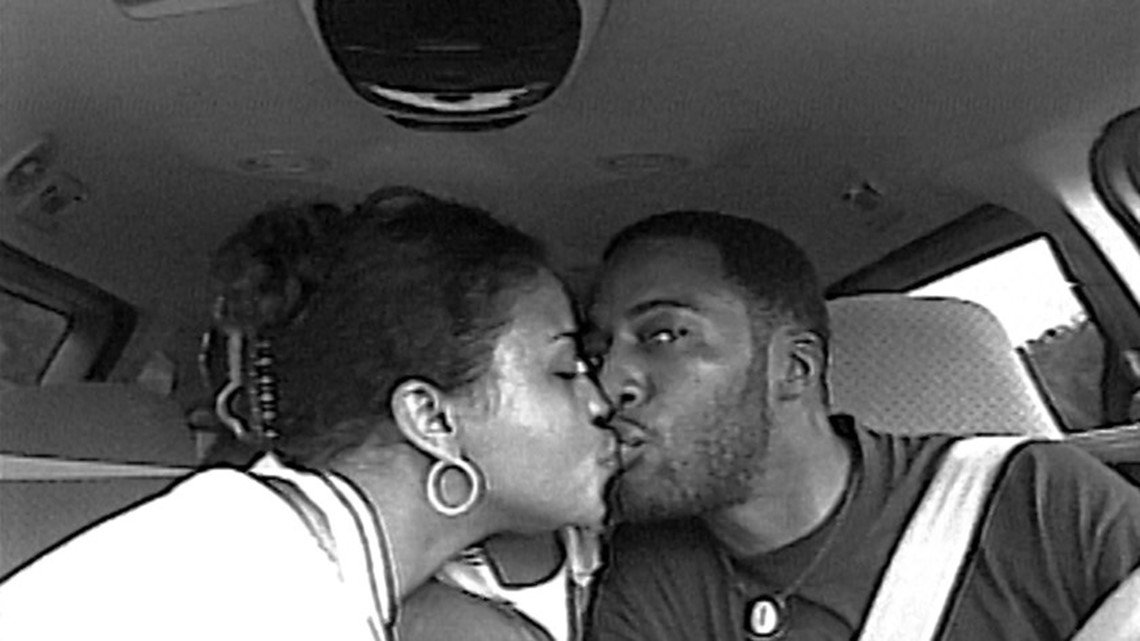 'Time' Review | Fox Rich's inspiring story powers 2020's strongest documentary
Fox gives Garrett Bradley's documentary the unstoppable backbone that pushes the movie into greatness. This movie will break you. ST. LOUIS - "We must keep hope alive." Imagine only getting to see or talk to your husband for four hours a month.