Review | Inventive and heartfelt, 'The Climb' ranks among the top films of 2020

Two friends. Two bikes. One confession after another. Inspired by a time-tested real life friendship, the movie generates big laughs and is original.

ST. LOUIS — Some friendships stand the test of time. They are pure, unfiltered, and able to withstand the most torrential of bad times downpours. They are unbreakable.

Thankfully for film audiences, Michael Angelo Covino and Kyle Marvin put their friendship to the ultimate test, and let us behind the curtain. "The Climb" is one of the most original buddy comedies in years. It soars where most films don't dare to go near: raw realism that doesn't bend itself to genre requirements, instead mocking and twisting them around for 94 minutes.

Covino (whose name makes me think of a future spinoff of "The Godfather) and Marvin co-wrote the script, while the former handled directing duties. This is one of those movies that feels more real and logical than usual, while still existing in a Hollywood playground of sorts. You recognize the surroundings, but wouldn't be able to find them on a map. That authenticity gives the film a lived-in and well-earned aesthetic for the most convoluted (yet very real) and hilarious bromances ever captured on film.

When I say very real, it's not a joke or a bad word stock investment. Covino and Marvin based a lot of what you see in the film on their life, so much they assume their own names in the movie. This is something that needs some explaining before we go further. First, I will add that this breezy yet impactful film started out as a short film that stuck its landing three years ago during a festival run.

"The Climb" starts out where the short launched us: Two guys making a climb (no pun intended) on bikes up a steep hill out in the French Alps when all of a sudden, one tells the other he has slept with his fiance. Kyle is the suddenly unlucky man, hearing 24 hours before his wedding that there's already a poisonous root underneath it. But the scene, like the film itself, balances that uncomfortable real life gut shot with a steady dose of inventive humor. Kyle, a newcomer on a bike tackling one of the steepest hills in France, screams at Mike, "If I catch you, I am going to kill you." As he pedals ahead, Mike responds, "that's why I waited until the hill."

Covino and Marvin's film is full of constant surprises, little of which I want to spoil. There's a kidnapping that's more funny than shocking. A wedding that doesn't play by the movie rules. Covino, along with the brilliant director of photography, Zach Kuperstein, gets creative and unkempt with the camera, shooting "Birdman" type oners (one long, uncut shot in a film where the camera never blinds) around humorous reality setups.

One of my favorites involves a tracking shot from a movie theater box office to the middle of the theater with the same character bookending the shot. Covino and Marvin could have stuck to more generic conventions and still made a good film, but they upped the ante by doing it differently. More original and thought-out, with several references to other films, "The Climb" ranks as both the best comedy I've seen in years and one of the best in 2020.

When it ended, I wanted to click PLAY again. I rewound several scenes, taking them in again and laughing harder every time. Just wait for a moving truck scene near the end. But what the film captures the most is the unprepared chaos that life can bring. The reactions in the film and the conversations all felt improvised and blunt, but never gave a situation where the drama largely outweighed the comedy of it all. An ice-fishing accident is among my favorite scenes of the year due to the heart and hilarity of how it plays out. You'll care and laugh at the same time. A rare combo in the movies.

Where the film starts is also where the film ends, showing off the unpredictable allure of life and the dangers that go with it, but also the endgame if you stick around. I have a couple friends like this, strangers who you turned to family, for better or worse. People who are extremely caring, yet highly destructible to your well-being. There are a thousand Michaels and Kyles around you. But I doubt they are as funny as these two misfits.

Covino looks like a walking failed lie detector test, with a voice that comes off like Ben Stiller with a cold, and a look that reminded me of Jason Schwartzman with better legs. Marvin looks like an extra from "Raising Arizona" all grown-up, yet still carrying a feel for the eccentric wild nature that life has to offer. He has such a soft voice, that even when he screams, it just feels like a smack on the wrist. But that innocence is what makes Marvin such a lovable presence paired with Covino's bright-eyed narcissism.

The supporting cast is mint. It was a joy to see George Wendt adding humor without effort again. Talia Balsam, who shined recently on the Sarah Jessica Parker HBO series, "Divorce," has a juicy role here as Kyle's doting mom. Gayle Rankin adds some spitfire as Kyle's fiance, the woman hated by just about everyone in the film. There are many more small parts that feel just right. I couldn't get enough of the relatable yet crazy setups the film had to offer, but I didn't expect the heart.

"The Climb" really sneaked up on me, reminding me that bare bone productions, small films with big hearts, still have a much-needed spot at the grown-up cinema dinner table. It sure did climb (somewhat pun intended) up my top ten films list of the year.

Only in theaters at the moment, but coming to streaming devices in the near future, "The Climb" is unlike anything you've seen before. As my friend and fellow film critic, Lynn Venhaus of Webster-Kirkwood Times urged me last week, "You need to watch this movie." Make some time for this film, okay? No superheroes. No conventional endings. Nothing store-bought or overly familiar plot developments. 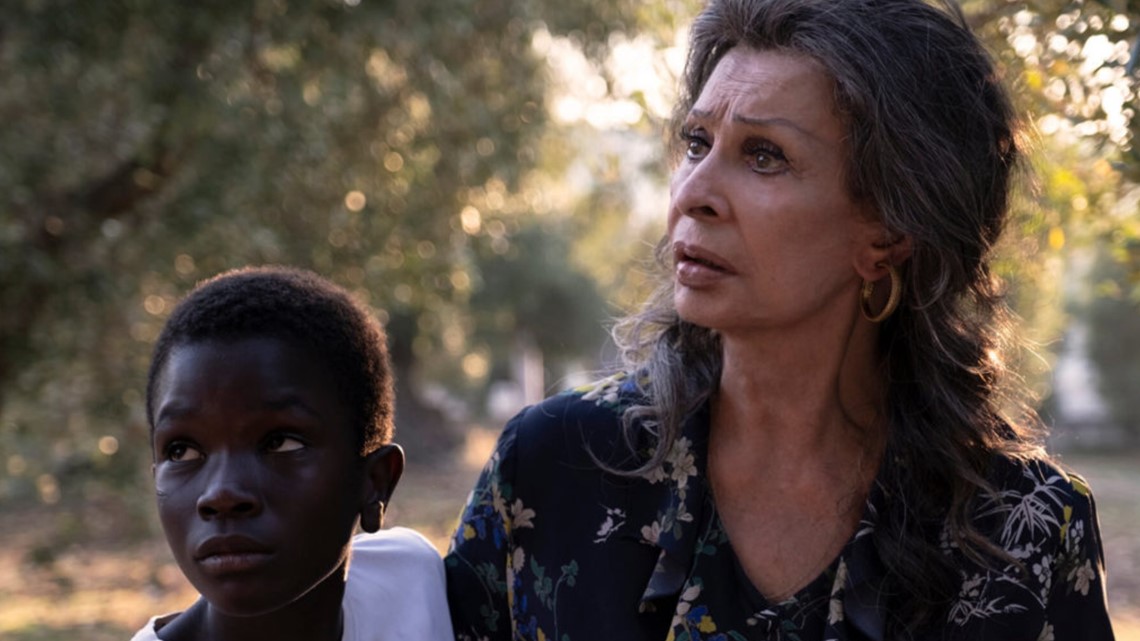 'The Life Ahead' Review | Earnest drama reintroduces movie lovers to the ageless talent that is Sophia Loren
A tale of unlikely friendship between a Holocaust survivor and a young Senegal refugee powers this rugged yet sweet Italy-set film. ST. LOUIS - Unlikely friendship stories are kettle corn for filmmakers, but the new Netflix Original film, "The Life Ahead," throws a nice curve on the premise.