Tom Holland and Robert Pattinson offer convincing portrayals of the light and the dark in Campos' world, which is depraved yet provokes thought and is inviting.

ST. LOUIS — When we first meet the grown-up Arvin Russell (Tom Holland), he is being given an old weapon by a relative. We know that at some point in Antonio Campos' "The Devil All The Time," Arvin is going to do some damage with that very weapon, a German handgun from World War II. That is because in this film, which depicts a dark and depraved reality where devils are made in churches instead of being dismissed outright, bad things happen all the time, especially to good people.

If you were looking for a warm and fuzzy family film that packs every cliche and love note into its experience, you found the wrong film. Campos' world is gruesomely archaic and consumed by single-minded people taking religion the absolute worst way. Imagine if the themes of The Coen Brothers' movies had a cup of coffee with Quentin Tarantino's tales and then wrestled with Alejandro Gonzalez Inarritu's idea of cinematic introspection. There's justice around the corner, but the formerly innocent and now young and emotionally-weathered hero will go through hell to get there.

In Campos' latest, that unlikely hero is Holland's Russell. We meet him at an earlier age in the town of Knockemstiff, Ohio (yes it's a real place), when he is the hardened yet still innocent child of Willard (Bill Skarsgard) and Charlotte (Haley Bennett). Willard, a World War II veteran tortured in his own skin, tries to pass onto Arvin what he can before the two men are forever linked by a rusty old wooden cross in the woods and a tragic loss.

The rest of Campos and his brother Paulo's screenplay, adapted from Donald Ray Pollock's novel, fills the viewer in on what happened in Arvin's life between that moment with his father as a young boy and the no-longer-innocent young man with a black eye and blood on his hands. A dark tale that isn't for the weary, only for the cinephiles who crave the times when a filmmaker like Campos is willing to point a camera in the wicked's direction.

There are no witches or crazy monsters in this town, just a bunch of twisted preachers and the tragedy-lust human vultures that prey on its inhabitants. What I appreciated about this film was the way that it investigated the idea of religion instead of outright dismissing it. There's a patience behind the dreariness of the tone and story that allow you to see the many sides of a character, even if you don't always understand their intentions. Jason Clarke's Carl Henderson looks like any other normal middle-aged man, but he has more sinister intentions for hitchhikers, a ritual of sorts he participates in with his wife, Sandy (Riley Keough).

Sinister is a weapon swung around second most to one thing in Pollock's world, and that's belief. More so, how the wrong kind of belief can lead to addiction. I'm not talking about addiction to a drug, but that of one to an idea. In Campos' film, it's that belief and assumption about the words of a mysterious (and not in a good way) presence like Preacher Preston Teagardin (Robert Pattinson, flashing brilliance again). It is his arrival that kicks "The Devil All The Time" into its second gear midway through, the kind of person who is thrown into a plot like that last ghost pepper is tossed into the pot of chili. Playing a supposed man of god who is more cunning and persuasive than anything he is selling, Pattinson finds another shade of grey to create on screen.

The choice of Campos to use Pollock as the narrator of his story was ingenious. There's a reverence to Pollock's voice that doesn't drown the visuals in dread all at once, but offers a wise sound as you are plummeted to the depths of his tale about his town. His characters and their journeys fall close to Cormac McCarthy's creations, but there's an old backwoods vibe to this particular tale. The small town in Ohio is where he first called home, and the film's lived-in feel offers authenticity to his bereft of guidance cast of souls.

This place is an actor's dream. The innocence imprinted on Holland's face helps you buy into Arvin's harsher reactions later in the film, which the talented young actor reinforces. As I mentioned earlier, Pattinson seems to go places in roles that already gave him room to run around with. Clarke, Keough, and Skarsgard dig into their parts with artistic glee, the kind that elicits a performance that was already paid for at first glance. But it's Sebastian Stan and Bennett who really create here. Stan alters everything as a sheriff bent the wrong way in an already crooked town. He takes what you think you know about the guy who gave us The Winter Soldier, and goes in the other direction.

Bennett isn't here for long, but she knows how to make the screen blink in a way long after her demise. One could say her Charlotte's fate plays a big part in the film's second half. She represents a ray of light in a cinematic place most will only remember for its gruesome death.

And it's true. All of it. There's beauty to be found in the darker corners of someone's complicated life, but Campos spares no one or their stomachs in illuminating that aspect of Pollock's world. Characters come into our world wholesome and youthful, and most of them don't make it. There are demises in this film that you won't soon rinse off your conscience. There's your spoiler and warning. Campos is shining a light on the sad but true ideals and abilities one takes from their parents in their life. For a certain part of the country, that namesake comes with a bible, which carries all the good and bad intentions of the world. Something that can steer down a road of right or a trap full of wrong.

There's an allure in that search though. It has to do with the reasons why people can't look away when they see an accident on the side of the road, or how they can't keep the door to their home closed when mischief is happening in the neighborhood. The easy to understand answer to the question that haunts us most: "Are we here for good, or bad?" It's in that darkness where so many cinematic masterpieces exist. When some say this is a tale full of bad and its relatives, they are right. But that's the juice that is always fit to squeeze in the land of make believe.

People crave darkness, which is why Campos likes to live there when he makes movies. I dug the depravity being shown off in this film, and how the little touches aren't forgotten about. The way the film sounded, was acted, and how it looked helped bring it home. I admired the execution, but appreciated the swing made by the filmmaker.

Antonio Campos has no room for fluff or forgettable movies. He's willing to dance with the devil because he knows, deep down, we will always watch.

"The Devil All The Time" preaches one thing: Religion is merely a weapon and like any weapon, when put into the wrong hands, it can cast a spell that runs deeper than one or two generations. It can swing a wrecking ball through a half-century in the right time and place.

Throughout the film, Arvin remembers what Willard told him, that you must wait for the right time to do something important. Timing is everything after all, and my advice to you would be to pick a good time to get dirty this week, because Antonio Campos' "The Devil All The Time" is a sinister spin from a director who knows exactly what he wants. Oftentimes, he gets it.

"The Devil All The Time" is currently playing exclusively at Plaza Frontenac, but streams everywhere starting Wednesday on Netflix. 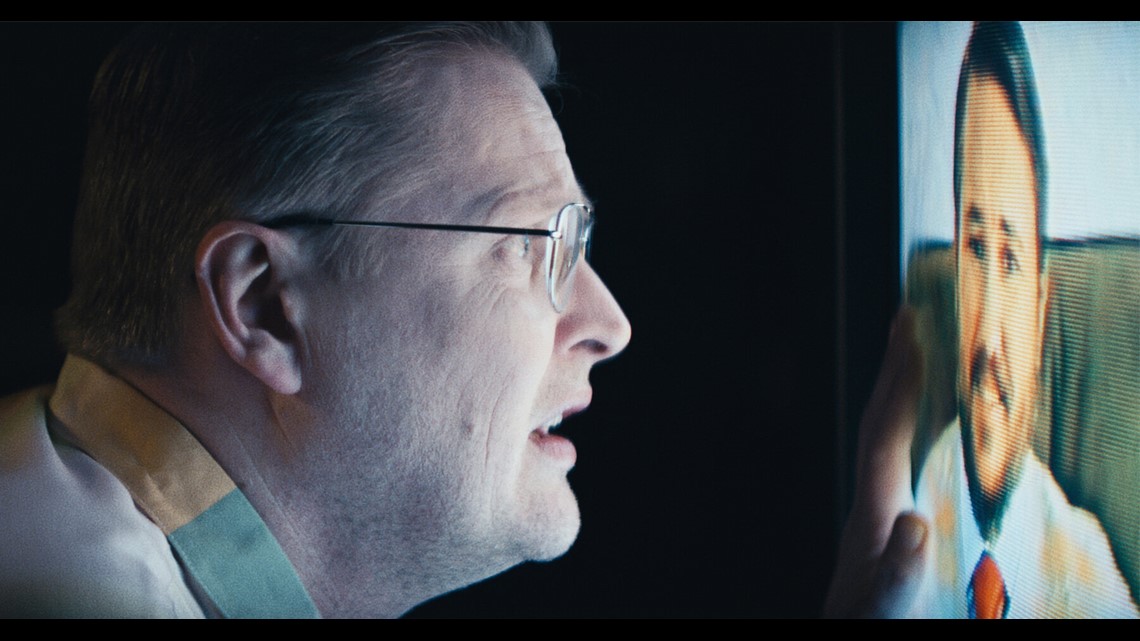 'Rent-A-Pal' Review: Wil Wheaton is terrific in Jon Stevenson's disturbing yet thought-provoking directorial debut
Jon Stevenson's "Rent-A-Pal" isn't afraid to ask all the uncomfortable questions about loneliness and mental health, creating a world that's hard to turn away from. ST. LOUIS - David's (Brian Landis Folkins) life is what one could easily call a dreadful disappointment.