You won't find a better leading duo than Ralph Fiennes and Carey Mulligan, and Moira Buffini's script is about much more than old wooden ships.

ST. LOUIS — Discovery and history share an odd relationship. Two vital things that keep tabs on each other's existence and impact start to mean something more when you attach them to a lifetime. But it's what you take away, or discovery, in a life that helps distill your particular slice of time on this Earth. Simon Stone's new film, "The Dig," is a story about something incredible that digs (no pun intended) at something much deeper and more relative.

Basil Brown (Ralph Fiennes), an archaeologist who'd rather be called an excavator and one who rides his bicycle to work, discovers an ancient Anglo-Saxon ship from centuries ago in Edith Pretty's (Carey Mulligan) land in Woodbridge, England right before World War II breaks out. Before he can finish the job, though, other archaeologists get wind of the operation, and a battle over money, credit, and eventually life, breaks out. What it meant to the world depended on who you talked to, but you can bet Brown's and Pretty's interests sit closer to the original founders than a museum.

But Stone's film (currently playing in select theaters and hitting Netflix on Jan. 29) is about a lot more than finding an old, buried ship. It's about relationships, and the people who form them, making the daring choice to weld their life to another. The movie is about discoveries of many kinds, including unlikely friendships and unsavory yet true outlooks on life. We know more about Basil than we do Edith in the first 30 minutes of this two hour film, but that onion gets peeled slowly and understatedly by Moira Buffini's wonderful screenplay (adapted from John Preston's novel of the same name). There's a sublime patience and lived-in warmth to "The Dig" that pulled my heart into the experience rather quickly.

When you have a cast of dedicated pros, the film always convinces easier. Fiennes is remarkable once again, climbing into a character that looks simplistic from the surface, and building someone who seems relative and extraordinary at once. Basil has been digging up things before he could properly tie his shoes, so this discovery means something different to him than it would Charlies Phillips (the crackling Ken Stott), a rival archaeologist who wants to turn a profit with a museum before worth can be properly assigned. Fiennes' work doesn't miss a beat.

Mulligan is having a banner awards season already with Emerald Fennell's "Promising Young Woman," and Edith isn't half as challenging of a role as the avenging Cassie. But it's a credit to Mulligan's talents as a creator that she breathes so much life into Ms. Pretty. We learn early on that she is a widow, but there's much more to her world-just as it is with Basil's-and the actress uses that mystery to evoke emotion in a moving way.

Along with Stott, Johnny Flynn (the standout in 2020's "Emma") and Lily James both turn in earnest work as a young couple with different responsibilities in life who find themselves involved in this precious dig. Archie Barnes is terrific as Edith's son, who strikes up a quick bond with Basil and is fascinated by excavation. Monica Dolan puts in good work as Basil's wife, the ever-patient wife who doesn't mind a pipe and dirty hands. I wanted a spin-off film with Dolan and Fiennes, their interplay was so natural.

Everything is natural in Stone's film, which he paints as a love letter to the relationships that carry us through wars, tough times, and legendary artifacts. While finding a buried ship is amazing, connecting with another misguided while doing so is the top of the mountain. "The Dig" may take place in the 1940's, but its themes and teachings can easily find a place to park in our modern times.

The archaeology isn't a mere plot device here either. I felt like a great deal was learned about the process, the rewards, and the double-edged sword aspect of it all while being swept off my feet by a slew of relationships, some romantic and others more intricate. On a separate note, Stefan Gregory's score is insightful and never overpowers, while Mike Eley's cinematography merges large scale shots with intimate interaction.

There was patience in this film, and a few late great scenes that locked in its impact. One could say it's slow-moving at times, but this movie knows how to move you and saves its biggest power shots for last. A scene involving Brown, the kid, and failure should be shown to schools. Another scene with Mulligan and James should be shown to every high-riding college graduate. I'm serious.

Bottom Line: "The Dig" may move down a familiar path and take its time, but you will be hard-pressed to find two better leads than Mulligan and Fiennes. They make Stone's direction, Buffini's words, and the morals of this soulful tale resonate long after the credits roll on Netflix. 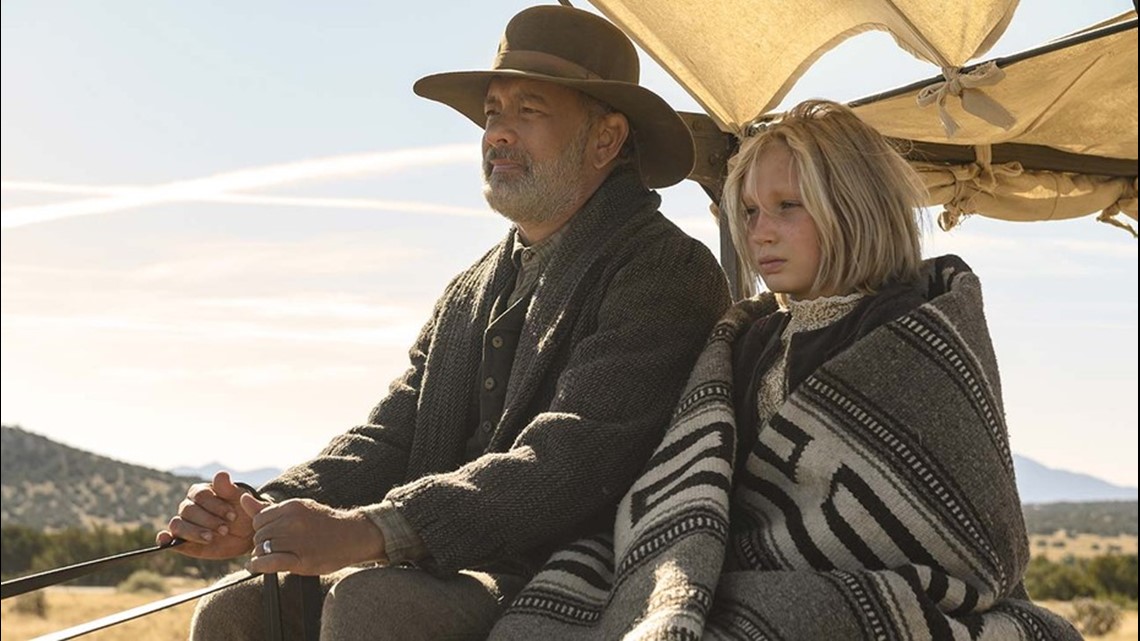 'News of the World' Review | Tom Hanks and Paul Greengrass remain a dream team in engrossing western
The six-time Oscar nominee knows how to add major depth to a lead role, and his young co-star, Helena Zengel, matches him beat for beat Where there's Hanks and Greengrass, there's a way. "News of the World" is confirmation of that statement, a Hollywood relationship only two films in the making yet producing plenty of firepower already.