A tale of unlikely friendship between a Holocaust survivor and a young Senegal refugee powers this rugged yet sweet Italy-set film.

ST. LOUIS — Unlikely friendship stories are kettle corn for filmmakers, but the new Netflix Original film, "The Life Ahead," throws a nice curve on the premise.

Here, a young kid named Momo (Ibrahima Gueye), a Senegal refugee orphaned and seemingly abandoned on the streets of seaside Italy, is forced to live with Madame Rosa (Sophia Loren, not looking a day over gorgeous at 82) after he robs her on the street. She's the local tough lady who reluctantly runs an unusual daycare, taking in kids dropped by prostitutes. The daycare doubles as a school and character-building environment, which is double time for the young Momo.

What starts out as an old fashioned opposite people becoming friends thaws into a very touching tale, truncated by the fact that Momo and Madame Rosa have a few more things in common than they originally thought. Chief among them being their escape from very trying times, with Rosa being a Holocaust survivor, and Momo experiencing the kind of domestic abuse no kid should endure. After quite a few bits of profanity and mean looks are exchanged, the movie really takes off.

Another unique aspect of this lovely Italian film is that Loren's son, Edorado Ponti, directs the film. It's her first foray into a major role in 11 years, and she hasn't lost an ounce of exquisite grace in her time away from the camera. There may be age marks on Rosa's face, but Loren imbues her soul with a ruthless care that has cut through decades of torment and quiet rage. Throughout the film, Rosa sneaks off to a basement in her apartment building to relieve the stress and find similar solace that kept her alive through the concentration camps. But she sees something new and relatable in Momo, and it's likewise from his end.

Their relationship carries the film, but there's some nice supporting turns here. Babak Karimi, playing a local shop owner who offers Momo work, gives a fine performance as the male presence who tries to connect with Momo, who is well spoken and resourceful for a kid who has been left alone at an early age. When criminality comes into his life and Rosa starts to experience some war-related tremors going off inside her, the end of innocence comes rather quickly.

It's not hard to predict where "The Life Ahead" is going, because it's not a new playbook. But the presence of Loren, coupled with the solid debut of Gueye, makes it hit harder and mean something. Momo narrates part of the movie, like an older kid looking back at the things that made him grow up very quickly. It's very assured work from a new kid on the Hollywood block. He doesn't allow himself to be overshadowed by Loren, instead engaging her in conversation so natural it feels improvised.

As an audience, we are the ones blown away by Loren. She knows how to do so much with so little effort that you instantly understand and mourn Rosa's trials and tribulations. A woman who saw the worst in civilization, and now decides to help out young mothers who need it. There's something timeless and natural about Loren's performance here, like she's lived in Rosa's shoes for a few years. Ponti doesn't try to over-stylize the setup, simply allowing Loren to work her magic. It's a great thing to behold, and a hard knocks story mixed with some sweet forgiveness never went down so easy. She should find herself at a few awards shows next year for Madame Rosa.

The 95 minute running time kicks along smoothly, with Momo getting into trouble yet slowly finding his way at the same time. Rosa, as much as anyone, knows that the path to survival and a sense of grace starts with the pilot of the vehicle. You'll get a kick out of her shouting orders, offering wise pieces of advice, and helping sundresses make a comeback.

All of it goes down nice and easy, qualifying as a heartwarming tale even if the language can be a little rough. There's love and care in the director's message, a vessel of reassurance that the past doesn't get to control us. It can help guide us, but if it becomes a co-pilot, problems will ensue.

I'd call "The Life Ahead" a perfectly simple film about how a little love goes a long way. If Ponti's goal was to simply introduce us to a fine young talent in Gueye, as well as reintroduce to the ageless talent that is his mom, then I would say he accomplished his goal. 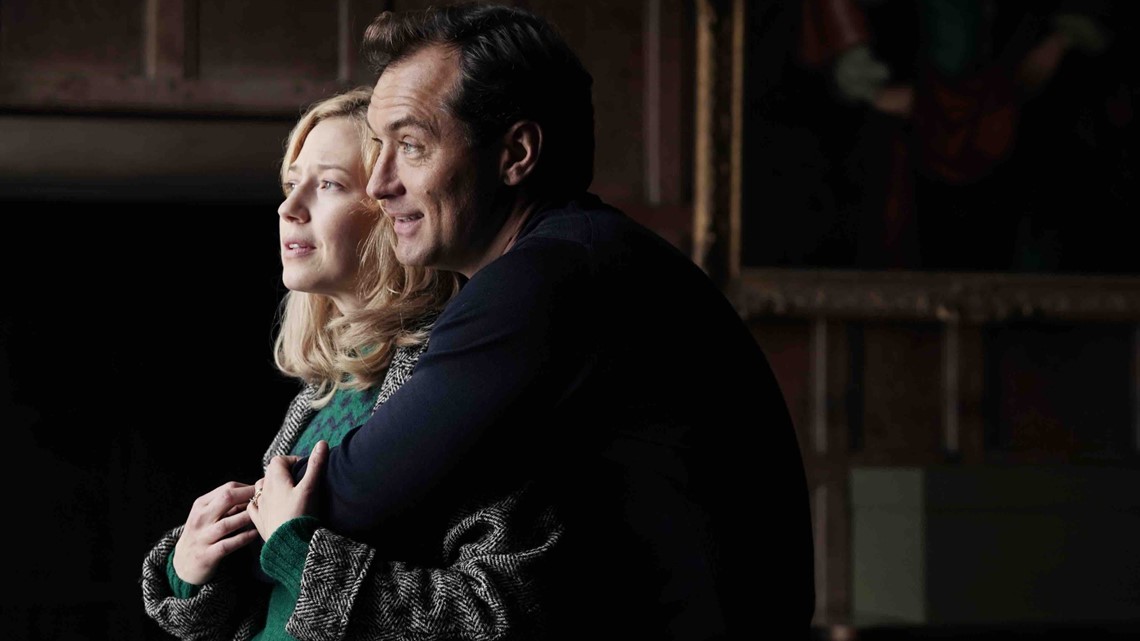 'The Nest' Review | Carrie Coon and Jude Law put on an acting clinic in Sean Durkin's insightful family drama
While it has a horror film setup, this hard-hitting and honest drama about a family coming undone is exquisitely complex and realized. ST. LOUIS - "The Nest" has a classic horror film premise. A family suddenly decides to move from their plush New York suburban home to the husband's native England, where he has a unique job opportunity.