While it has a horror film setup, this hard-hitting and honest drama about a family coming undone is exquisitely complex and realized.

ST. LOUIS — "The Nest" has a classic horror film premise. A family suddenly decides to move from their plush New York suburban home to the husband's native England, where he has a unique job opportunity. They move into an oversized estate, basically the kind of house that freaks you out and usually contains demons and supernatural danger.

But in Sean Durkin's terrific and insightful drama, the only horrific thing that lives in that house is a remorseless and brutally honest mirror. A mirror that reveals the cracks in the facade of a family that looks painfully gorgeous and stable from the outside, yet is cracking underneath the surface.

Is the dad, Rory, overextending himself at his new brokerage firm, which in turn would overextend the family? Is his wife, Allison, truly happy with all the constant changes and moving, or is she just burying her sadness in the caring for her lovely horse, Richmond? Can their two children see the wreckage from their much younger yet still highly perceptive perch?

I related to this movie easily because a few years ago, my family moved to Arkansas for a new job, and the adjustment was daunting. Everything was tested. The bones of your marriage can face a tall, relentless brick wall, and your kids never stop watching. I found Durkin's film fascinating because instead of dwelling on what the genre would like it to, the movie's focus is always on the characters.

This process allows the actors to really dig in and show the debris that is taking place in the story. Law hasn't been this great in years, and he's been a busy man putting out good work. Rory is poisoned by a chip on his shoulder, a youthful scar from his upbringing that makes him sprint continuously at his job when he could easily survive with a jog. He's the rough leather of the stock broker community, someone always hedging bets for a big score-but one who doesn't think about the other side of the equation: failure.

As Rory tells a cab driver late in the film, he pretends to be rich. That pretentious gaze only cripples his marriage and leaves his kids out in the cold wondering what's wrong. I loved Oona Roche and Charlie Shotwell as the kids here, even if the performers quickly remind you their talent doesn't match their birth year. They rely on facial expressions and just the right bits of dialogue to get across their point of view.

But the real star here is Coon. What an actress. She is subtle, ferocious, and chillingly direct at the same time. She could have turned Allison into a whiny housewife who doesn't care for Rory's decision-making skills, but she decided to make the wife the smartest person in the room. You see, when spouses live together for years, they begin to download each other's patterns, moods, and disguise tactics.

Allison knows Rory better than anyone else, and the two actors have some fun cracking on down that cinematic road. You will try and guess where "The Nest" is going, but trust me you'll be wrong. It has plenty of surprises, but not the movie kind of shockers one is going in prepped for. What Durkin serves up here is hardcore family drama, but the realistic kind. The sort of neglect and bad intentions that lead to multiple big fights and lashing out. Basically catnip for the cast.

Coon and Law put on an acting seminar, and it takes two to dance here. Law refuses to rely on his good looks and charm, and Coon basically remodels the entire expectations for her role. The film's best parts are the ones that make you the most uncomfortable, because that's a family aesthetic for you. When something is rotting and going bad, all one can do is face it head on. As things take a turn for the worse, and the large mansion starts to look less like luxury and more like humanistic surgery, the film gets better and better. That's rare for this type of film, where the trick can be seen from the outset at times.

Let me say this. "The Nest" may be one of the most provocative and fully realized films of 2020. The script reminded me of another Law film, the brilliant Mike Nichols film, "Closer." That was a film that examined relationships, both the earnest romance section and the eventual quicksand arena. Durkin's film is bleak and hopeful at the same time, leaving you dripping wet in agony yet reminding you no bond is stronger than the one found in family.

I have news for you. These kinds of tales just don't happen much anymore in Hollywood. Studios don't know how to make money from these movies, and they don't want to turn a leading man like Law into a flawed and brittle soul. They don't want a house out in the middle of nowhere doing something other than haunting people and things, but in the slasher/mummy/ghost/spirit variety. Thankfully, IFC Films doesn't care about those rules and keeps putting out challenging material like this.

Sean Durkin is interested in haunted houses for sure, just more painfully realistic ones that reveal people for who they really are. and also who they can still become. In his world, the biggest houses are usually the ones that can make a family's world seem very small.

Also, horse lovers are in for a beating, but I promise that it's worth it. Let's just say it's not blatant manipulation of an animal, but more about what their presence and worth can equal, especially in relation to a woman quietly trying not to scream out loud.

"The Nest" is the kind of film that doesn't usually exist, living outside of genre convention and financial requirements in studio filmmaking. Like a lost kid that ran away from home, it does what it wants, examining the growing pains and warts of a family with clear precision.

I can't believe I'm saying this, but I kind of want to watch it again. Agony on film can be informative for real life. It depicts something so relatable and honest, that you need a minute before going back to your real world.

I hope Sean Durkin keeps taking his time in making films, and that there are still studios out there that love looking into the dark for some light.

"The Nest" will be available on demand on Tuesday, Nov. 17, via Amazon, iTunes, YouTube, and other streaming devices and cable providers. 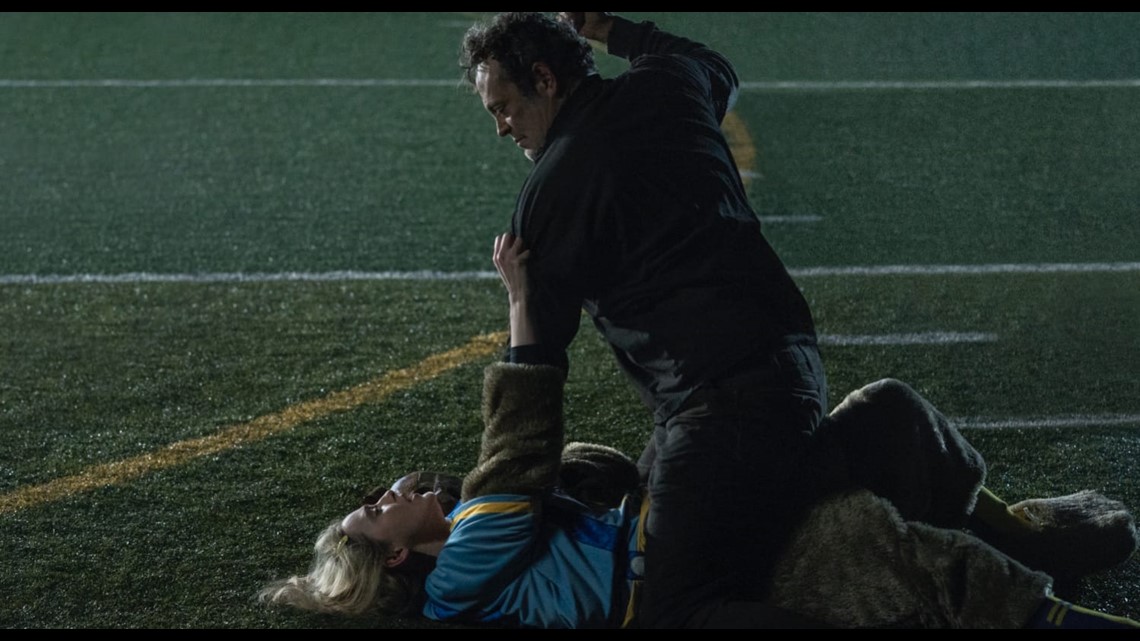 'Freaky' Review | Vince Vaughn and Kathryn Newton face off in the deliciously campy horror comedy
This tongue-in-cheek yet violent thriller is entertaining, funny, and shows the ultimate funnyman Vaughn shining in a multi-faceted role. ST. LOUIS - Some films just want you to turn the brain off and have a good time. As John McClane once said, come on out and have a few laughs.