The always entertaining Shia LaBeouf finds his talents wasted here in a gangland thriller that goes terribly off the rails. A misfire you can wait on.

ST. LOUIS — At two separate points in David Ayer's "The Tax Collector," a character dramatically informs David (Bobby Soto) that they will ride with them until the wheels fall off. Well, I also rode with David until the wheels fell off, and that was right around minute #45. But I kept watching ... for you.

The film starts out promisingly enough. During the first 30 minutes, an intriguing world is set up. David's right hand man, Creeper (Shia LaBeouf, doing a lot with a little), is a notorious killer and well-known psycho to the majority of the gangs in Los Angeles. David and Creeper go around collecting taxes from the smaller gangs, allowing them to operate on their turf. If you thought crime didn't come with taxes, you're very wrong. With the respect of the African American community and the revered fear of everybody else, these two men operate at a seamless level and frantic pace.

When David goes home, he is greeted by a gorgeous young wife and two kids. His uncle (George Lopez harboring a gruffer delivery) runs the criminal operation he's involved in, with a mysterious boss looking on from prison. But then an old rival shows back up wanting some revenge and territory, blowing everything up.

Ayer had a plan with the camera here, but his script is cartoonish and incoherent. It doesn't just recycle moments from earlier gangland thrillers, but invents a few more outrageous ones as well. Characters do the dumbest things constantly and the drama only heightens with a score that borders on cliched action-thriller madness. Gone is the interesting two man mission and quirky aspects of Creeper's personal life (LaBeouf makes it sincere), and in comes an elementary finale that will induce a few too many eye rolls.

The only thing the presumed "protagonists" have to do here is give cheesy long-winded pep talks right before getting killed. One involves telling David he is a good man, which is painfully untrue. He's bad. They're all bad. But we are supposed to care about David and I didn't.

All of this is wholly disappointing to me, because I am a fan of Ayer's work. After all, he created the cinematic world of gangland thrillers. The sometimes director but full-time writer always gets your attention. He showed it to us in Antoine Fuqua's trailblazing "Training Day," retooled it for the underrated "End of Watch," and gave World War II a nice spin with "Fury." Even when Ayer's aim isn't great, he produces an entertaining tale with conviction. "Harsh Times" was bold, and "Street Kings" was a kinetic thriller. But the sweet with Ayer coincides with the bitter end of his touch.

That happens in "The Tax Collector." It's a cartoon-type film from the jump, but for a little while the film worked. And then it just came to a screeching halt right when Creeper tells David about following him until the wheels fall off. When the second character mentions the line, the film goes off the world completely. A film with so many brutal kills never feels like a guilty pleasure delight that it should have.

The cast mostly misses. Again, LaBeouf always creates an entertaining personality, and his Creeper has the most dimensions. He's a cold-blooded killer who dresses like a C.E.O. with a gun fetish. He's eating clean yet stinky fish and greens before the latest collection is made, and likes to show off pictures of his dates to his best friend. And that's the painful thing. David and Creeper (if you can get past how that sounds) could have formed an intriguing and eccentric buddy thriller. The script just wasn't there. Halfway through, it messes everything up.

Soto is just not magnetic enough to hold the film up. This was designed to be Soto's film, not LaBeouf's. The latter has the most staying power with audiences, but the former has the biggest arc of the film. Soto's dialogue readings only get worse as the running time grows old. He's just not good enough to be in this type of role.

Lopez tries to come off like a hardened old criminal, but it's not successful. Jose Conejo Martin is unintentionally hilarious. Here's a guy who stock trades while the blood of his latest female sacrificial lamb rolls down his shoulder. He's slicing chickens, caving in skulls, and basically goes berserk for 60 minutes. Cle Sloan, a former real life gang member and veteran of Ayer flicks, owns a couple scenes here as David's ally. Seeing Sloan get a larger piece of pie made me wonder if the film was more about him and not David. Again, Soto's mediocre work allows this to happen.

LaBeouf is easily the biggest tragedy. Talk about trailers telling a different story than the actual movie. In the previews, Creeper is presented to us as the devil in disguise, a real deadly ... uh ... creep. But in the movie, we never really get to see his wrath. He fires a gun, points it a lot, and briefly drags a body across the floor-but that's it. He's FAR more interesting than David, but there is less of him in the film's short running time.

While I never get tired of 95 minute films, Ayer may have needed more time to successfully watch the crops of his film grow into something meaningful. When things get hectic, I don't care enough to dissect and accept the sloppy writing. The film took off, and not in a good way.

Hopefully next time, Ayer gets it right. When he swings, it's go-for-broke every time, and I appreciate that. Every film has a personal touch. "The Tax Collector" was simply too over-the-top and poorly written. The touch wasn't as visible here, and the navigator wasn't strong enough.

I wouldn't tell you to avoid this film at all costs, but I will tell you it's okay to wait and accidentally forget it exists.

*The film is playing at Galleria 6 Cinemas in St. Louis, and available on demand as well. 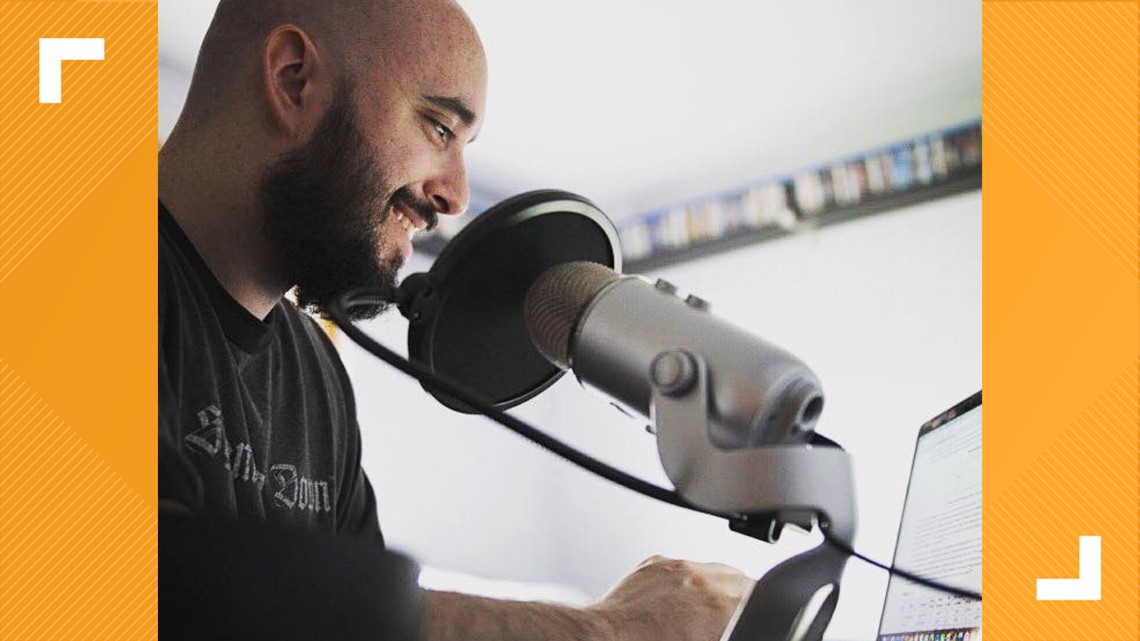 Opinion | Why the movies are lucky to have Next Best Picture's Matt Neglia
The Brooklyn, New York-based film critic is the Godfather of Film Twitter, running a website that offers movie podcasts, reviews, and more. ST. LOUIS - The movies need Matt Neglia, and vice versa. Who is Matt? Allow me to tell you about the single most indispensable film critic on the face of this Earth, or at the very least, Twitter.