Sometimes, you need to find the family that you choose, not the one you're born with. This new animated film provides a lovely escape for 90 minutes.

ST. LOUIS — Everyone is born into a family that they don't get to choose; it is their own upon birth whether they like it or not. But what if their family wasn't ideal or they had arguably the most selfish parents in the world? Say hello to "The Willoughbys," a new film about finding your own version of family.

The four siblings in question: Tom (Will Forte), Jane (Alessia Cara), Barnaby twins A&B (Sean Cullen): have had it with their useless parents (Martin Short and Jane Krakowski). Father and Mother don't feed the kids, only have eyes for each other, and spend all of their time dreaming about a life without kids. What they've forgotten about is the great Willoughby name, something that young Tom sure hasn't lost sight of.

In an effort to rediscover their heritage and also get out from under terrible parents, the children create this exotic vacation for them, or one that basically sends the two to their sure death. What happens are various adventures involving a Commander who wears a uniform made completely out of candy (the great Terry Crews), a highly resourceful nanny (Maya Rudolph), and a baby that could be named utter chaos (Brian Drummond).

What I love about this movie are the creative outlets it finds in telling its story. The fresh coats of paint on old tricks. The house, which looks like your classic old giant manor, is full of traps and gadgets and dungeons of sorrow. In one particular scene, when the parents put the house up for sale and buyers come in, they are met with a versatile array of pranks and games aimed to discourage them from purchasing. Whether it's a boxer's glove flying out of a wall or a giant stuffed bear literally falling on them, it's a scene that easily generates laughter from adults and their kids.

Another sequence taking place in a candy factory and a baby relentlessly trying to eat all of it while not being pressed into sugar powder is memorable. When the nanny and kids come upon the famous Commander Melanoff, a larger-than-life sweet-natured candyman who is quietly sad and in need of love himself, you’ll find wicked smart writing and easy to digest morals.

Directed by Kris Pearn and written by Pearn and Mark Stanleigh, "The Willoughbys" combines a sophisticated visual aesthetic with enough wizardry on the page to create an experience that gives Netflix another animated gem. Are we talking about classic Pixar magic? At this moment, I wouldn't step into that arena. But like "Klaus," a Christmas tale they produced, this new film takes a familiar setup (troubled kids leave home to find a new home) and make it fresh and moving.

It has heart, excitement, and should reroute the mind for 90 minutes from all the disarray taking place in the real world. Some movies just need to take your mind off things while reminding you of the tools an animated film has in its arsenal. With each five year block that drops off, animation finds new ways to dazzle minds of all ages. You could watch "The Willoughbys" with your kids, sister, and grandparents all in one setting. There's something for everyone.

In one spot, there's the search for true family and how that search can lead outside of your own home. A line from last year's gem, "The Peanut Butter Falcon," comes to mind when you think about finding friends, which become "the family you choose." In another spot, there's siblings becoming closer and finding out what each are made of through those adventures. When you need a break from homeschooling, turn on this film.

The cast provides stellar voice work. Gervais could read the phone book and make it sound provocative. Hearing Short and Krakowski simmer about running out of money on their "vacation" while their boat guide is eaten by predatory fish generates minutes worth of laughter. Rudolph finds the heart and smarts in the nanny while Cara's voice in singing a song that comes to define the Willoughby journey should be remembered at the end of the year.

"The Willoughbys" doesn't knock on the door of greatness (at least not yet), but it does provide you with a genuine escape that is a fit for the whole family. 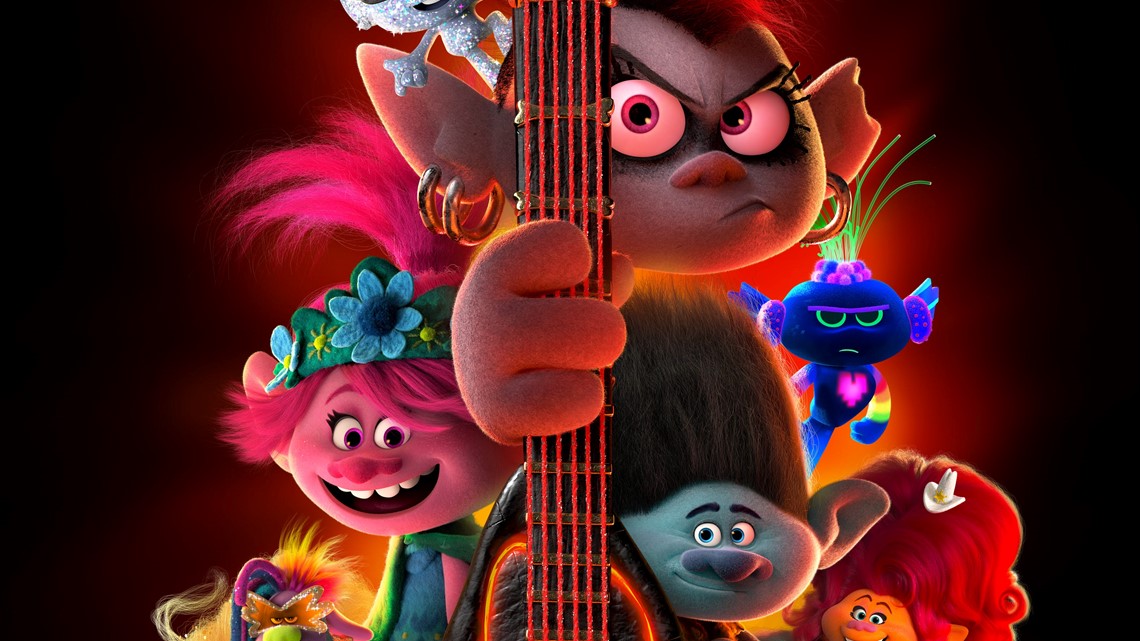 'Trolls World Tour' Review: This is bad, watch something else
There are dozens of better animated films to watch than this sequel. It had FIVE writers attached to it, making me wonder if they passed the laptop around. ST. LOUIS - Can I be honest with you? "Trolls World Tour" gave me a headache.

RELATED: Revisiting Cinema's Past With a Millennial: 1983's 'Return of The Jedi'