Review | How 'Words on Bathroom Walls' did schizophrenia a powerful service

Having a family member deal with the seemingly endless mental disorder, it was refreshing to see this teen romance treat it with lots of respect.

ST. LOUIS — Adam Petrazelli (Charlie Plummer) has a problem. He has more imaginary friends than real life friends, a product of an unbeatable condition called schizophrenia. One could say Adam is wired differently, but it's more complicated than that.

Human interaction is starved off due to the narrow outlook that the mental disorder places on the human mind. Everyone could be an enemy, and silence can be golden when the voices in your head and people who really aren't there start messing with your normal. Oh, and those voices can be both good and bad influences. Adam's "friends" are an island of misfit toys: the 90's loverboy who prefers robes and no pants (Devon Bostick); the advice-dispensing and always dancing Rebecca (AnnaSophia Robb); the tough guy with a bat in his hands (Lolo Sebastian): people who help scramble his thinking and way of life unintentionally. There's the creepy and sinister voice that haunts Adam behind every open door with darkness behind it.

All of this may sound far-fetched and very cinematic, but it's painfully not. Having dealt with schizophrenia in my family for decades, I can tell you Thor Freudenthal's new film, "Words on Bathroom Walls," gets the illness and its lingering effects very right. Screenwriter Nick Naveda handles Julia Walton's novel with care and sincerity, never pulling punches and preferring to not show the audience, in detail, what schizophrenia can do not only to a life, but a family as well.

Things change for Adam when he meets the lovely Maya (Taylor Russell), a young woman at Adam's new school (where he landed due to an incident at his old one) and quickly falls for him. Before Maya, all Adam had was cooking to silence the voices in his head. Now, he's got food and a woman-but can he tell her the truth and will the illness loosen its grip enough on his world for him to make it out of high school?

No worries, you'll be satisfied when this one's over. "Words on Bathroom Walls" thrives on two things: honesty and good acting. If you didn't know his name before, Plummer (you may know him from "Lean On Pete") will stick around in your head long after you see this flick. He gives Adam all the graceful frailty and earnestness along with the abrasively honest outlook on his situation. Looking like Luke Grimes was blended into River Phoenix, Plummer exudes all the emotions and rage you expect and need from our protagonist.

Like Plummer, Russell is relatively new to film fans, but "Words on Bathroom Walls" should alter that viewpoint. Another actress could have just been a foil for Plummer's work, but Russell digs into a woman who hasn't been afraid of anything in her life. The two share the most scenes together here and own all of them. You can't just believe in Adam's journey, because Maya is right along for it as well.

The supporting cast is strong. Andy Garcia playing a wise old priest was a welcome surprise for the actor who drifts around film work these days. Molly Parker has played a number of roles in her career, but this one hit harder. Walton Goggins is widely known as the antagonist, so his sweet work as Adam's stepdad is a fine sight. Out of all the imaginary peeps, I enjoyed Bostick's laidback Casanova the most.

The best part about this film is the relentless drive it takes in exploring the real life elements and pratfalls of schizophrenia. Most films would have cashed in on a couple symptoms and ran those into the wall while souring audiences with a love story. Here, the illness and its wrath is given room to stretch, but not far enough to depress the hopeful message. It's not always true in life, but true love can heal a lot of wounds.

I admire movies that take their main topics seriously, refusing to use them as a gimmick or film prop to get their point across. Gavin O'Connor's "The Accountant" didn't just grab autism for a few scenes; it represented the foundation of the film's plot and never shied from quirkiness to help the unsettled parties enjoy the film. You can entertain and inform at the same time.

When I think of "Words on Bathroom Walls," I think of "Charlie Bartlett" meets "The Perks of Being a Wallflower." Three films about a certain brand of long-term trauma of the soul with some pleasant but not overbearing hope attached to it. I adore those kinds of movies, the ones who wish to exist for something.

To be honest, I had my doubts going into Freudenthal's film. Having a close family member struggle with and fight schizophrenia for nearly half of my life, I didn't want to see it handled carelessly. Instead, the film and crew handled it with tons of care and honesty.

By doing that, the love story hit extra hard and the film resonated deeply with me. A thrilling Chainsmokers-assisted score sure didn't hurt, nor did the inventive imagery used to describe the daily impact on Adam's world. In "Words on Bathroom Walls," most things worked perfectly. That's more rare than you think. 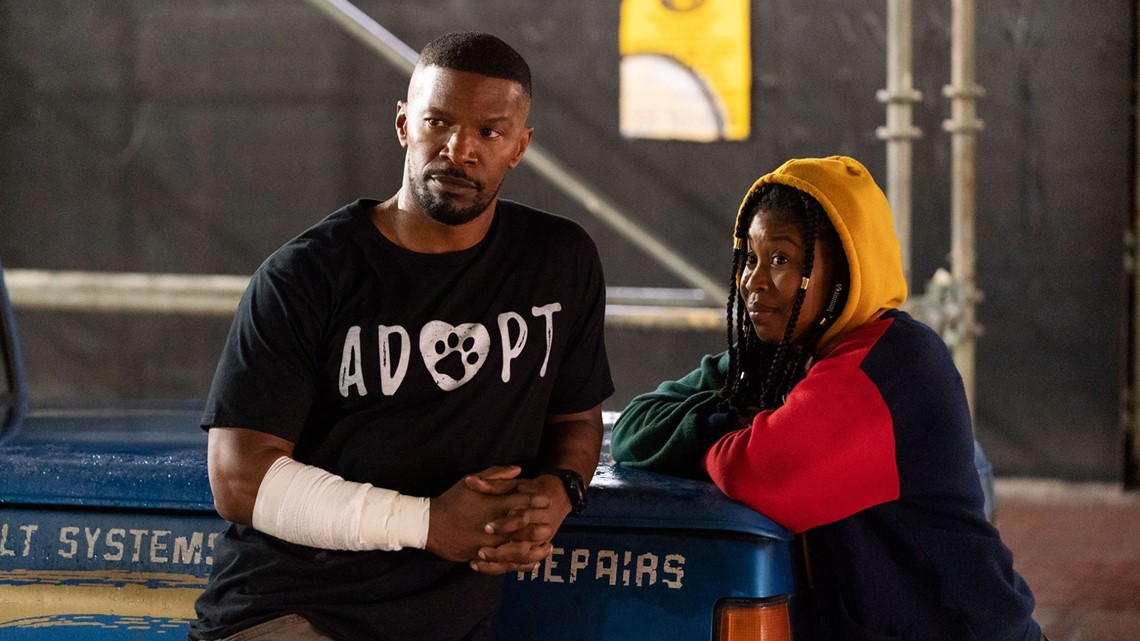 Review | 'Project Power' leans into its B-movie glory, providing an entertaining diversion
Carrying the easy to please swagger of an 80's action film, this Netflix Original film is an entertaining guilty pleasure that'll provide you with escape. ST. LOUIS - Some movies need to exist simply to provide us with entertainment. Take our minds off the troubling things plaguing our mind, but don't take our attention for granted.