Bobby Lewis On The Road

Christine Schumann and her girls collectively gave over four feet of hair during their last haircuts. LaDee-Da Kids Spa helps donate the hair to make wigs. 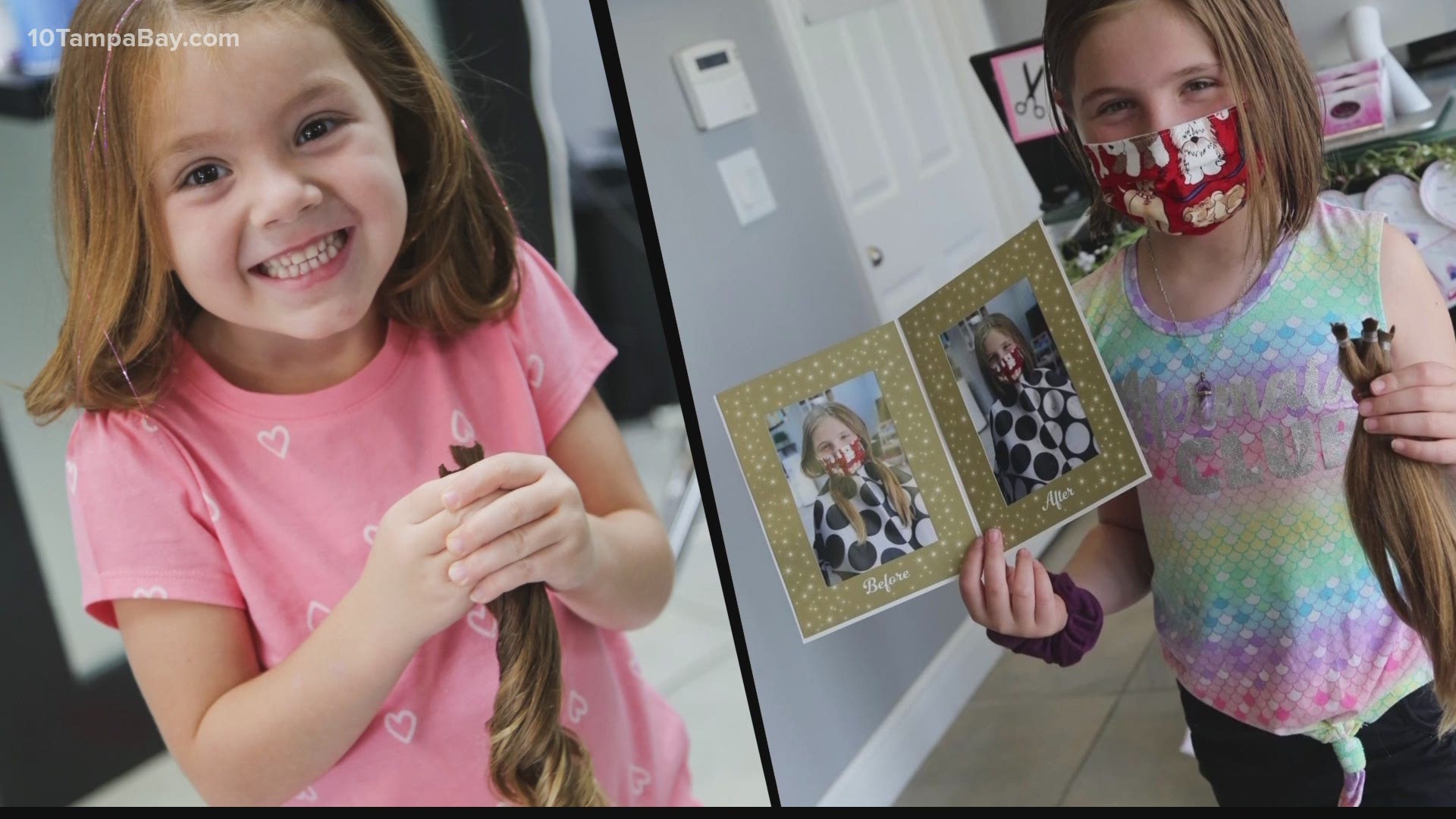 “I wish we would have started it way back,” said the owner of LaDee-Da Kid Spa. “To learn the giving back is a great thing.”

The salon, which Long opened in Clearwater five years ago, caters to children who want to feel pampered. LaDee-Da offers haircuts, pedicures, manicures and more, including birthday parties.

One of the elements of her salon that brings Long the biggest smiles are the hair donations.

RELATED: From orphan to author: Tom Crowell aims to help veterans with his WWII-inspired book

LaDee-Da has been accepting hair donations for about four years. The spa has topped 400 donations in that time, which averages out to about ten per month. The donated hair, which must be at least eight inches long, is sent to a nonprofit called Children With Hair Loss. The hair is then turned into wigs for children who have lost their hair due to cancer treatments.

“As long as my hair keeps growing, I’ll keep giving,” said Christine Schumann, who has donated hair for wigs eight times. “We make it a family thing.”

Schumann is excited that her kids have followed in her tradition. Her twins, Sophia and Victoria, 10, have each donated hair for wigs three times. Alex, 6, donated nearly a foot of hair on her sixth birthday at LaDee-Da. It was her first haircut ever. Together, the family has given hair to make wigs 15 times. Their most recent donation totaled four feet.

“It’s rewarding to be able to give back to the community and meet the families who want to do the same thing,” said Long.

Christine initially gave a hair donation in her early 20s to honor the memory of a child she once babysat who died from cancer. She continued to grow out her hair in order to give through the years. Her grandfather, whom the family knew as “Poppy,”recently died from cancer. That loss only added to the fervor the Schumann’s felt toward the mission to giving hair.

“I hope going forward, (my kids) want to keep doing it,” said Christine.

Long is hopeful that the pattern she’s seen grow over the first four years of hair donations will only get bigger during her September drive.

“Anybody that books a hair donation that month we are going to be making it fun for them,” said Long. “We always pay for the postage to mail it in.”

Children With Hair Loss, which began accepting hair for wigs in 2000, is a 501 (c) 3 nonprofit organization that provides human hair replacements at no cost to children and young adults facing medically-related hair loss.
In 2019, CWHL gave away 608 wigs across the nation, including 22 in Florida. Since 2000, CWHL has given away over 5,000.

Those donating during September at LaDee-Da will receive before and after photos of their hair and free “fairy hair,” removable tinsel that glitters in the light, if they so choose. Kids who give write their name and the number of inches donated on paper hearts which Long displays in the spa. If you’d like to donate hair to make wigs for children fighting cancer, you can contact Long at LaDee-Da through her website or Facebook page.