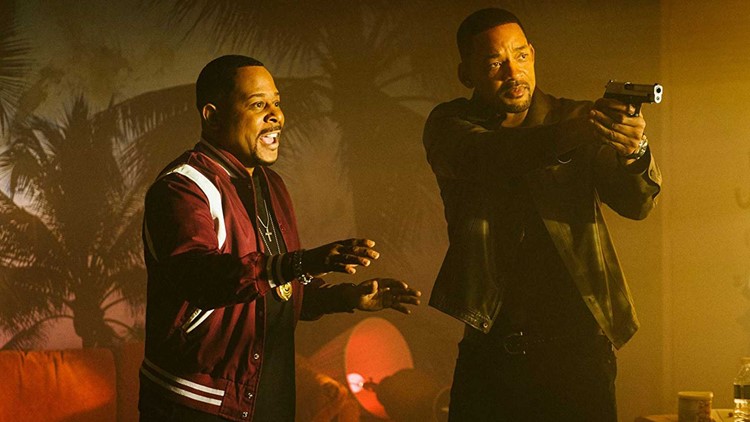 Review: Why 'For Life' is the best 'Bad Boys' movie yet

ST. LOUIS — A sequel's practical ambition should be to renew the lease on what made the previous film(s) memorable as well as show some growth in the characters as their stories extend over time.

Example: 2003's "Bad Boys 2" was a pure and painful rehash, not a reunion, of the flawed 1997 original that came off as heinous, uninspired, and tired. There's a good reason another sequel didn't take place for 17+ years. It's akin to being sprayed by a raccoon in the alley. You need to burn those clothes and forget they ever existed.

Thankfully, "Bad Boys For Life" is a refreshing spin back in time with the unstoppable Miami detectives who rip through the city while keeping it safe: Brian (Will Smith) and Marcus (Martin Lawrence). Bad boys fighting worse criminals across the flashiest city in the United States in GQ suits, playboy cars, and rousing action to boot. It's always going to be a "look at me" show with this series, but what makes the third go-round worthy is the fact that it is very entertaining as well as easy on the eyes.

With a relatively new directing duo in Adil El Arbi and Bilall Fallah, Michael Bay takes an Executive Producing backseat to the action here, but don't think for a second his imprint didn't make it to the final cut. It's all over this two hour-plus bonanza of witty banter between the two primaries, car chases, motorcycle chases, and heavy gunfire punctuated by a score that could have dipped its toes in a Bay "Transformers" movie.

The true MVP here is the screenplay from Chris Bremner, Peter Craig, and Joe Carnahan that elevates this latest guilty pleasure delight. Normally, three different sets of hands can spell trouble for a film but here, the trio give Smith and Lawrence, as well as an eclectic supporting cast, juicy ingredients to create hilarious moments amid blazing adventures. Credit the cast for making it stand up but tip your caps to the writers for making it sound fresh and land properly.

They find invigorating ways to age our heroes and make them vulnerable without sacrificing their cool in the process. The writing team (it had to be Carnahan) also enjoy a few winks at some of the slow-motion work captured in the first two films. They tinker with the format, finding the elasticity in this franchise's legs once again for at least one drive down the field.

Smith can do this stuff in his sleep, leaning on his true and tested action hero superstar status. This is the most fun he's been in a theater in a long time ("Concussion" wasn't exactly fun). Lawrence may have spent a few too many meals at the Steven Seagal buffet table, but he is still a gifted comedy guy who can make anything funny at the movies. Whether it's a facial expression or physical contortion, Lawrence finds some magic in it to keep your mind off the ridiculousness of the general plot and action.

Let's face it. This movie is far from perfect. It's all over the top, guns blazing, fast-talking, and literally non-stop material here that we've seen before-but the cast and writing, as well as some unique choices from the DP and directing team, make it a worthy endeavor for an evening at the movies.

I'd go on record calling this the best entry in the "Bad Boys" film catalog, specifically due to the fact that I laughed more than I rolled my eyes during "Bad Boys for Life."

If you like breezy action with plenty of comedy, or really enjoy Smith and Lawrence, check this film out. You don't even need to see the first two films, because they may just put you in a bad mood. I give it a solid B, three stars, worthy rating, whatever makes you click purchase these days.

RELATED: Review | Generic 'Like a Boss' is devoid of laughs, wasting plenty of talent

RELATED: Review | Tedious 'Underwater' is a trashy attempt at an 'Aliens' tribute

RELATED: 5 things to know about Netflix's 'The Witcher' before watching